One year before, in April 2019, the difference between total generation and consumption had instead resulted in a deficit of 45 mln. kWh, approximately 5% of the total generation for the month. The closure of the gap between consumption and generation is clearly the result of the combination of seasonal factors and of the COVID-19 lockdown of the economy that influenced heavily the energy market. 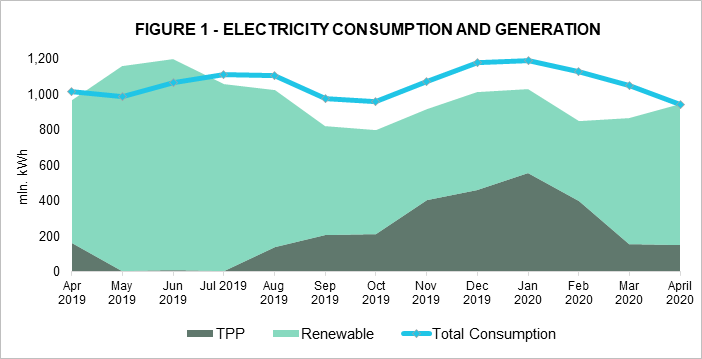 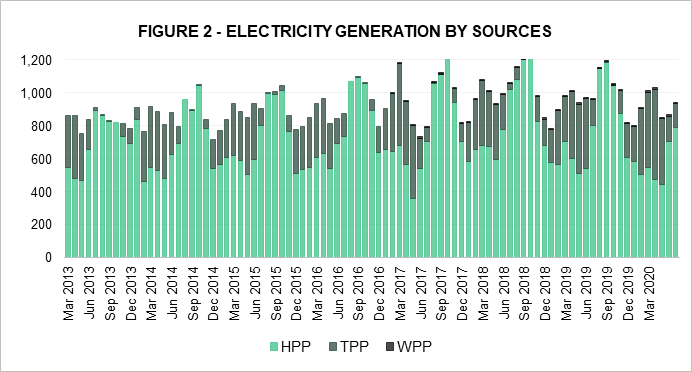 Annual demand from Energo-Pro Georgia and Telasi decreased by 29% and 23% respectively, while consumption in Abkhazia increased by a staggering 18%. Furthermore, consumption by direct customers increased by 55%.2 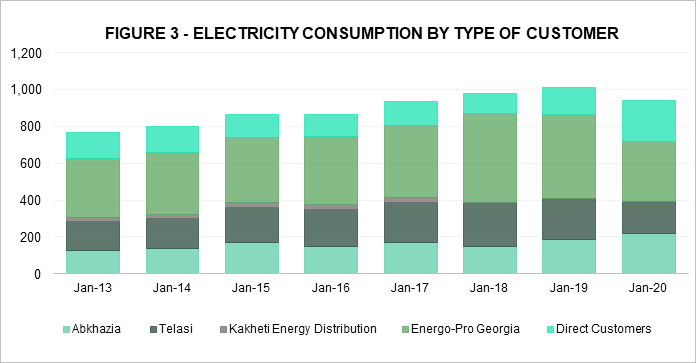 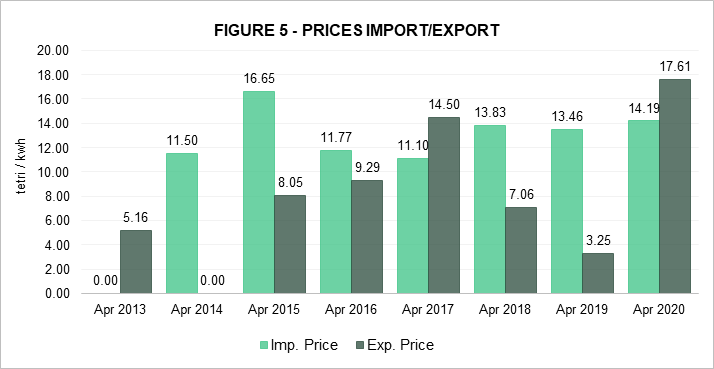 We expect the positive generation-consumption gap to persist over the coming months, as the expected seasonal increase in generation will exceed the increase in consumption as the economic effects of the COVID-19 crisis slowly fade away.

Tags: #covid19, #consumption, #energy, #electricity,
The views and analysis in this article belong solely to the author(s) and do not necessarily reflect the views of the international School of Economics at TSU (ISET) or ISET Policty Institute.

Mariam Tsulukidze
Should Georgia worry about the dependence on Russian energy?
During such challenging times, as the Russia-Ukraine conflict escalates daily and threatens the lives of thousands, as well as the wellbeing of everyone around the world, having experienced the horror of war, we Georgians especially feel the pain of the Ukrainians.
Read more

Norberto Pignatti, Erekle Shubitidze, Guram Lobzhanidze
Energy Imports, Domestic Production, and Energy Security: Dynamics, Challenges, and the Importance of Developing Renewable Energy Sources in Georgia
The International Energy Agency provides a definition of energy security across two dimensions. In a broad sense, energy security is defined as the “uninterrupted availability of energy sources at an affordable price,” while short-term energy security denotes that an energy system has the capability to promptly balance any disruption in the supply-demand equilibrium.
Read more

Salome Deisadze, Elene Seturidze
Is There an End in Sight to Food Price Inflation?
In the past year and a half since the pandemic began, we’ve all become familiar with phrases such as “supply chain disruption,” “turbulence and volatility in international markets,” and “in these unprecedented times,” often used to preface news about pandemic-related food price increases across the globe.