William Nordhaus’ Models – a Dubious Equation for the Climate Debate 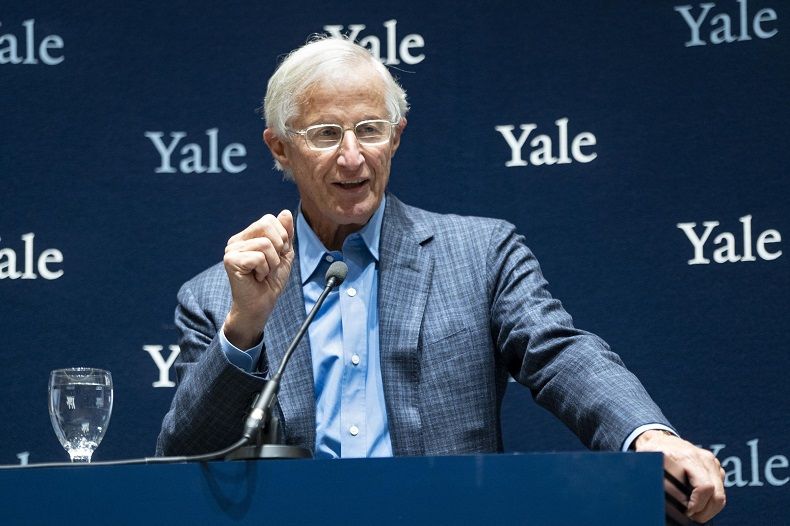 In preparation for the COP24 climate change conference in Poland, in December 2018, researchers published a report from the Intergovernmental Panel on Climate Change (IPCC) outlining how significant the consequences of climate change would be following a global increase in temperature of just a half degree, from 1.5 to 2 degrees C. In the wake of the newly released IPCC report, alongside William Nordhaus’ Nobel Memorial award, this year’s winner in economics, a heated debate has surfaced. This has come about not only with the instigators in Sweden publishing in the major newspapers, but also on Nordhaus’ own turf, the US. Analysts such as Robert Pindyck and Martin L. Weitzman have both been critical of Nordhaus’ integrated assessment models in recent years. Why therefore, one can wonder, are Nordhaus’ economic models deemed – by some - to be catastrophic within the climate change debate?

The anticipated climate conference, COP24, concluded with a, somehow, agreed upon Rulebook, yet discussions still persisted until the very last minute and will continue on in the next COP25 in Chile.1 Surely Nordhaus’ award was timely, and perhaps demonstrates how important the international community, with the Nobel Committee at its forefront, considers the necessity of curbing climate change. Mariam Lobjanidze and I have previously written an article regarding the meaning of Nordhaus’ prize for the climate and for us. We discerned that at the epicenter of Nordhaus’ research lies the solution to utilize carbon pricing schemes to limit the pollution of CO2 and other greenhouse gases. However, as our article did not suggest a critical review of his models, this piece offers arguments against Nordhaus’ research, based on an interview with the Swedish researchers, Anders Hansson, Simon Haikola and Max Jerneck,2 published by Linköping University, December 11.

There has been doubt cast, over many years, by climate scientists regarding Nordhaus’ calculations, who have closely questioned the legitimacy of making policy recommendations based on his models. Here, I seek to reveal a summary of the views and main features of the recent critique delivered by the Swedish researchers.

To begin with, it should be noted that the criticism of Nordhaus’ climate change models should not be conflated with skepticism towards all long-term calculations of climate change impact. Rather, the critique is specifically directed towards the kind of modeling Nordhaus utilizes. The reasons are twofold: firstly, the critics argue that because of the vast range of uncertainties involved in future projections of climate change economics, any modeling must be completed with significant humility towards the uncertainty of the results. They ascertain that this has not been the case with Nordhaus and his models, given that they have been widely cited in climate policy contexts, and are used by authorities in the US as a basis for policy decision. Secondly, the critics question Nordhaus’ basic assumptions, and subsequently argue that these factors make the models worthless for revealing anything of serious value about the realities of climate change.

One common critique is directed at Nordhaus’ calculation of the optimal breakpoint between the cost of climate change mitigation and the cost of the damage caused by climate change. According to the economist’s calculations, carbon dioxide levels can still be allowed to rise, and he believes that, from the standpoint of optimal economics, the world can cope with an increase in temperature of 3-3.5 °C above the preindustrial level. William Nordhaus’ limit of 3-3.5 degrees is significantly higher than the maximum target of 2 degrees set by the United Nations Climate Change Conference (UNFCCC), held in Paris in 2015. Nordhaus’ models assume that environmental changes will occur linearly, and Nordhaus himself acknowledges this to be an important flaw within the models. Many researchers warn that the planet may reach unpredictable tipping points if that limit is exceeded, which could thus lead to irrevocable changes. Moreover, the global scientific community is completely unanimous in the belief that the risks associated with a temperature rise greater than 3 degrees are incalculable. Furthermore, climate research has shown, as the Swedish researchers reveal, there is the risk of self-reinforcing effects on the climate that are difficult to predict, for example, the thawing of permafrost and the accompanying release of methane.

Yet another notable point against Nordhaus’ work is that he attributes the costs of damages related to the climate into the future, and he places a higher value on the present carbon-based growth, rather than green alternatives. In essence, the models assume that any kind of investment in green technologies constitutes a burden on the current welfare, which might only pay off in the long run. Thereby, as the Swedish researchers highlight, the models, aside from damage mitigation, disregard the potentially beneficial economic effects of investments into climate change. Climate action therefore will always be portrayed by the models as a sacrifice, and thus something to be avoided if not deemed absolutely necessary. Because it is difficult to know the specific effects of climate change, Nordhaus’ models are built to yield conservative results, leaning towards less action rather than more.

Nordhaus’ critics, alongside the Swedish researchers, also highlight that his notions do not incorporate ideas of global justice to any serious degree. The models assume that a single, global actor decides on whether to advance consumption, investment or climate mitigation. Consequently, the models strive to optimize an abstract – and, of course, a completely idealistic – global ‘utility’ that does not take into account the enormous extent of differences in welfare, vulnerability and adaptability between various geographical locations.

William Nordhaus’ concepts have had a huge influence on climate-management policy since he first presented his climate model in 1975. It is worrisome, according to the Swedish researchers, that many people have meanwhile questioned whether a radical transition, such as to a fossil-fuel free world, is actually required. One can interpret Nordhaus as recommending slow, gradual climate change mitigation, though he now seems to lament the fact that the ship has sailed on the 2-degree target. This is potentially odd, given that his models have always considered warming around and above 2 degrees to be optimal. Nordhaus still believes that a global carbon dioxide tax is the only way to regulate emissions. However, while a CO2 emissions tax is surely needed, this perspective fails to take into account that the development of alternative technologies is highly unlikely to occur without further incentives, moreover there would be near unsurmountable political troubles in achieving such a global initiative. Patt and Lilliestem (2018), for instance, believe that carbon pricing is not the answer during the current, necessary, transition to energy systems where fossil fuels are eradicated. Rather policy instruments are needed to eliminate the barriers - such as, financial, institutional and infrastructural - faced by novel technologies that ultimately could replace the world’s dependence on fossil fuels. It is also noteworthy that while other researchers have calibrated Nordhaus’ models, using input values more in line with climate science, notably Nicolas Stern, Nordhaus himself has consistently attained results that indicate optimal warming levels far above the scientific consensus on what would constitute a technically sound target.

A TROUBLESOME UNION BETWEEN POLITICAL IDEOLOGY AND SCIENCE

The Swedish researchers, together with many other world-leading researchers to have criticized Nordhaus’ theories, believe there is a risk associated with Nordhaus receiving greater attention and legitimacy following the award of the ostensible “Nobel Prize in Economics”. They claim that Nordhaus’ models are colored by his ideology, and arise from political grounds, and thus the risk associated with climate change is obscured by the illusion of scientific precision rendered by the models. Nordhaus’ fiercest critics argue that the models, in fact, have little or nothing in common with the real world, and that they confuse rather than assist climate policy creation. Therefore, the award in economics overtly increases Nordhaus’ legitimacy, and grants him priority when interpreting results, no matter which path is chosen. For decades, on the basis of his models, the message he has sent suggests measures can be postponed and that there is always an excuse not to act, providing other countries refuse a global carbon tax, all of which is dangerously seductive.

As has been argued in this article, climate change economics still suffers from severe deficiencies. Just as the Swedish researchers articulate, there is nothing wrong with scientists basing their ideas on an ideological foundation. However, it becomes problematic when they refuse to admit their stance. William Nordhaus’ recommendation – suggesting the best way to meet climate threat is essentially to do nothing – conflicts with everything that climate science stands for. Moreover, they fear his recommendations may have long-term, catastrophic effects on the world’s climate. Alfred Nobel wrote in his will that the Nobel Prize is to be awarded to those who have “conferred the greatest benefit to humankind”. In the case of William Nordhaus, there are many who still question whether his interpretation of the models have truly benefited humankind. Thus, his contribution to the climate change debate is seen as somehow dubious.

1 The Paris Agreement Rulebook is a practical manual, which countries will have to adhere to once the agreement is in place in 2020. Accepting the manual ensures that countries need not only report their CO2 emissions, but also on how they are cutting down on pollution, biannually from 2024.
2 Anders Hansson (Associate Professor) and Simon Haikola (Research Fellow) are affiliated with the Centre for Climate Science and Policy Research at Linköping University and Max Jerneck (Researcher) at Misum, Stockholm School of Economics.