When Morals Constrict the Markets

Feb 14 Posted by Nikoloz Pkhakadze in Governance and Social Policy 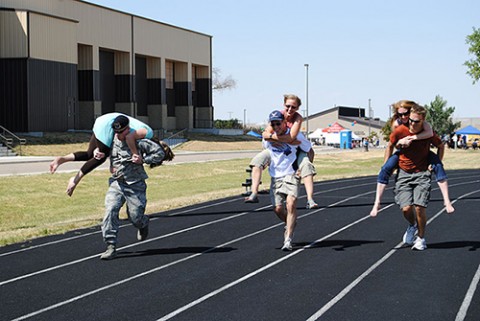 It is well known that government intervention, be it through taxation or regulation, can obstruct the functioning of markets. Yet there is another kind of influence that may also have strong effects on the efficiency of an economy but is much less discussed, namely the set of values, traditions, and moral standards a society subscribes to. To some extent, the moral framework of a society is reflected in its legal system and in this way affects the economy, but more often an informal consensus that some things should or should not be done in certain ways may be even more incisive than official laws.

Some years ago, 2012 Nobel Prize laureate Alvin Roth published an article that discusses cases where markets and morals collide, often leading to considerable efficiency losses ("Repugnance as a constraint on markets", Journal of Economic Perspectives 21, 2007, pp. 37-58). For example, in 1998 a referendum was carried out in California, resulting in a ban to sell horse meat for human consumption. Similarly, in Israel and Muslim countries the sale of pork is either formally forbidden or de facto impossible. Even if not incorporated in formal laws, the fierce opposition of those who uphold traditional or religious dietary laws prevents selling these kinds of meat. Such restrictions have no rational justification, as in most places of the world people live very well eating pork meat, and in some places of Italy horse meat is even considered to be a delicacy.

A somewhat funny example relates to the tradition of “Dwarf Tossing”. In this traditional Western European and American sport people who suffer from the medical condition of dwarfism are thrown around in protective clothes. This old tradition was condemned by the United Nations Human Rights committee, leading to formal bans in several countries. As a consequence, there was more than one professional dwarf who bitterly complained that he had been deprived of his income. Paradoxically, the old Finnish tradition of “Wife Carrying” can be freely practiced and is not considered an assault on human dignity.

There are also moral restrictions that have more serious consequences for economic life. Throughout most of their history, Christians were not allowed to charge interest, and Muslims still today abide by this rule. The role of interest for the functioning of an economy, however, can hardly be exaggerated. Through the interest payment, the lending party is compensated both for the deferral in consumption and the risk of losing the lent money. Without this incentive, there is no reason for those who have capital to pass it on to those who need capital for productive purposes. Capital allocation is heavily impaired in an economy without interest, and Muslim banks have to set up sophisticated payment schemes that give incentives to lenders of money without violating religious rules.

Serious impediments to the functioning of markets can also be found in kidney exchange. It is estimated that every year, just in the USA thousands of people die due to the fact that one does not allow a market for kidneys to take place. In such a market, people in need of a kidney could buy one from persons willing to sell one of their kidneys (humans have two kidneys and can give away one of them without high health risks). If one would have an ordinary market for kidneys, the same forces of supply and demand that prevent shortages in the supply of butter, cars, and household appliances would also close the gap between the number of kidneys demanded and the number of kidneys offered. As kidney donations in exchange for money are not allowed, people who require a new kidney, often in desperate health conditions, have to find somebody who is willing to give a kidney voluntarily. But frequently this does not suffice, because if the blood type and other medical parameters are not suitable, a kidney may not be transplantable even if there is a donor. Therefore, it happens that people wait in the lobbies of transplantation clinics and ask everybody who passes by whether he or she needs a kidney of a certain type in exchange for a kidney of another type.

Another prominent example of this kind is the ban of prostitution that is in place in many countries, among them Georgia, the USA, and Sweden.

Even from a moral point of view, it is not clear why “morals” should generally prevail over economic concerns. When there is somebody willing to sell something another person wants to have, and both parties engage in this interaction voluntarily and without harming anybody else, what is the moral basis for preventing this exchange?

Of course, there are some caveats. First of all, one should emphasize the word “voluntary”. If there is a market for kidneys and high prices are paid for these organs, this may induce special kinds of crime. It may be an urban legend, but in poor countries it is said to have happened that people were abducted and narcotized, and when they woke up again, they found themselves lying on a park bench with a fresh operation scar. Below the level of “kidney theft”, some people may be urged to sell their kidneys by unscrupulous relatives or anybody else who would benefit from the revenue. And arguably, a market for kidneys would get its supply mainly from poor countries, where people might consider it an attractive deal to give away one of their kidneys for a good amount of money. Yet while this may look immoral and preposterous to some people, for those who want to sell their kidneys it might be a great opportunity to better their lives.

Another important condition is that third parties are not harmed. If one would legalize drug trading, for example, there is a danger that people under the influence of drugs would be a danger for other persons. These dangers may realize, for example, if drug consumers drive cars. There may also be additional healthcare costs if drug consumption would be legalized.

On the other hand, forbidding transactions to happen legally often does not solve the problem. For example, the ban on drug trading does not lead to a world without drugs. Rather, drug trading is now taking place in an obscure black market. In a black market, it is difficult to impose regulations and health standards, and many of the negative effects resulting from drug consumption, like people contracting HIV and hepatitis, could be alleviated if the market would be regulated and supervised by some authority.

In Georgia, many “moral” limitations originate with the influential Georgian church. For example, the Patriarch issued an epistle against surrogate motherhood and artificial insemination. Both practices are allowed in Georgia and frequently applied.

There are women who cannot conceive, sometimes causing psychological distress, relationship trouble, and domestic disturbance. And there are women for whom it would be attractive to carry out pregnancies in exchange for monetary compensation. Would it be legitimate to prohibit this mutually beneficial interaction because it contradicts the religious teachings of the church?