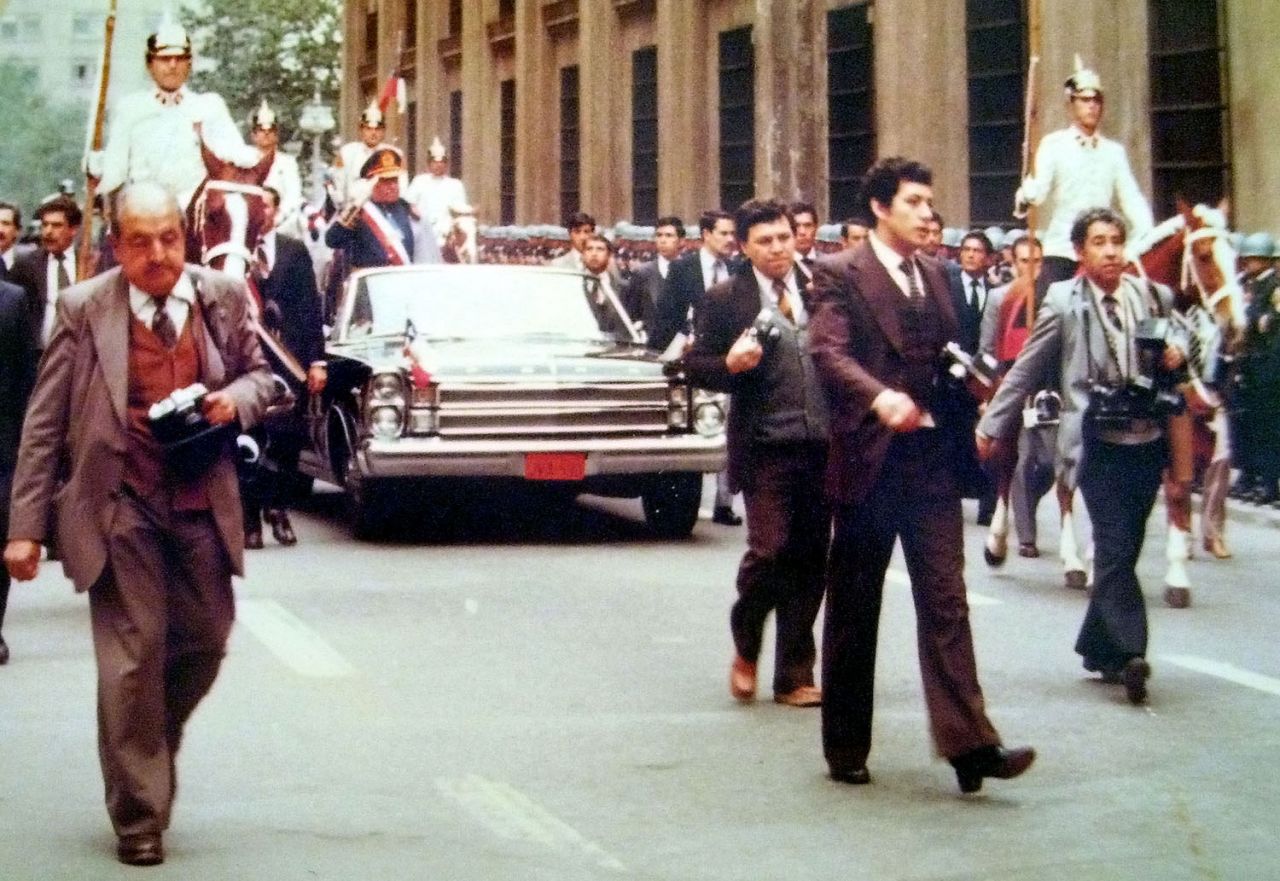 In 1991, the former finance minister of Chile, Alejandro Foxley, said in an interview: “We may not like the government that came before us. But they did many things right. We have inherited an economy that is an asset.”

About twenty years before, General Augusto Pinochet had toppled the democratically elected President of Chile, Salvador Allende. Pinochet’s rule from 1973 to 1990 was characterized by severe violations of human rights, yet finally he agreed to hold a referendum on his political future, and when the Chilean people voted against him, he stepped down without bloodshed or violence.

Of what kind were Chile’s acclaimed economic policies? Pinochet relied on a group of Chicago-trained economists (nicknamed “Chicago Boys”) who, as Karen L. Remmer writes in the Journal of Developing Areas, “removed free market restrictions” and “dismantled the state sector of the economy in favor of private ownership”. Between 1973 and 1976, spending of the Chilean government fell by 40%, and 449 state-owned firms (out of 494) were privatized, while the government share in the labor force went down from 18% to 13%. In the agricultural sector, the Chicago Boys abolished existing restrictions on landholding size and land ownership. Previously one of the most protected economies in the world, Chile almost entirely erased protective tariffs, to “promote the modernization of Chilean industry, subject monopolies to foreign competition, and encourage a more efficient and rational allocation of economic resources” (Remmer). With regard to foreign investments, the government got rid of bureaucracy and lifted various restrictions for foreign investors. The goal was to make Chile, as it was officially announced, “the best place in Latin America to invest”. Government agencies, like the financial markets supervisory authority, were dissolved. Labor laws, restricting the layoffs of workers, were weakened, and social welfare expenditures and minimum wages were reduced. Remmer writes: “The theory of economic development guiding these policies was that… future economic progress would depend on the expansion of industries able to compete on the international market”.

The immediate consequences of this shock therapy were double-edged. The inflation rate fell from 505 percent in 1974 to 30 percent in 1978, and the balance of payment improved: in 1976, Chile achieved a trade surplus of $500 million. Not unexpectedly, however, inequality rose as well: it is estimated that the top 5% of income recipients increased their share of the national product from 23% to 50%. And the reforms were pushed against the fierce resistance of large parts of the population. As Pablo Baraona, the governor of the Chilean Central Bank, said at the time: “The fact that more than 90% of the people are against our policies is proof that the model is working, that it has affected everybody and that it has privileged nobody”.

Does the Chilean economic agenda seem familiar to you?

As it is usually the case with economic reforms, their fruits can only be harvested much later, often by the successors of those who implemented them. While in Chile of the 1970’s, there was a lot of turmoil and social hardship, the situation stabilized in the 1980’s. The greatest dividends, however, were incurred in the 1990’s and later. Between 1990 and 1993, Chile experienced an average growth rate of 7.7%, and from 1994 to 1999, this number was still as high as 5.6%. Between 1973 and 1999, exports grew by a staggering 9% per year. And the impact lasts until today: in the 2015 Index of Economic Freedom, published by the Fraser Institute, Chile's economy is ranked 7th (Georgia is 22nd). With almost $25,000 per capita income (PPP), Chile is the richest country of South America (Georgia: $9,500). Finally, in 2010, the international community acknowledged Chile’s economic success story when it became the only South American country so far to be admitted to the OECD, the “rich man’s club of developed countries” (Karen Kornbluh).

When Pinochet died in 2006, an editorial in the Washington Post summarized his legacy as follows: “Mr. Pinochet was brutal: More than 3,000 people were killed by his government and tens of thousands tortured, mostly in his first three years. Thousands of others spent years in exile. It's hard not to notice, however, that the evil dictator leaves behind the most successful country in Latin America. In the past 15 years, Chile's economy has grown at twice the regional average, and its poverty rate has been halved. It's leaving behind the developing world, where all of its neighbors remain mired.”

Returning to Georgia, there is no doubt that the government of Georgian Dream can claim a great achievement, namely ending the notorious practices of extortions and political blackmail which had become the unjustifiable epitome of the late Saakashvili era. In 2012, an increasingly authoritarian government was replaced by a more civilized one (like in Chile, without violence, a fact for which one cannot praise Pinochet and Saakashvili too much). However, there is an important difference between Chile and Georgia: the subsequent governments of Chile were careful not to reverse the successful economic policies that were enacted under the previous government. As Robert Packenham and William Ratliff write for the Hoover Institution: “All four civilian governments [of Chile] since 1990 have maintained the new, more market-oriented economic and social models inherited from the military regime. Although there were changes at the margins after 1990, the point of sharpest and deepest positive change was unquestionably 1973 and immediately thereafter, not 1970 or 1990.”

The Georgian government, on the other hand, puts at stake those libertarian economic principles for which Georgia had gained international reputation between 2004 and 2012. By adopting policies of excessive government interventions, be it through the reinstatement of a competition authority, the announced antidumping law, or the anti-dollarization measures recently promulgated as a response to the lari devaluation, Georgia may quickly forfeit its economic advantages. As one can learn in an advanced microeconomics class, a government must only tinker with the free market if there is market failure. Without market failure, government interventions can only make a bad situation worse. Economic theory is very elaborate on this, and there is no place for reasonable doubt on this matter. Dollarization, however, is no market failure but the optimal adjustment of economic agents to a situation of economic uncertainties. The government should abstain from interfering.

Clearly, there are many economists endorsing the government’s interventionist plans, but one should realize that many of the countries sending and paying these experts have in the last 13 years not been economically as successful as Georgia. Many European nations, for example, did not experience satisfactory growth for decades, suffering from the very structural problems caused by the interventionist recipes they want to prescribe to Georgia.

If the government wants to stabilize the lari’s value in the long run, there is no alternative but to build trust in Georgia’s economy. This trust will be primarily established by reducing the government’s involvement in economic matters, as demonstrated between 2004 and 2008, when the price of the dollar fell from 2.20 GEL to 1.40 GEL. This long-term appreciation of the lari was interrupted by temporary devaluations, and it is important to understand that these are totally inevitable for a very small economy exposed to the forces of international foreign exchange markets. Instead of economically detrimental responses to something that cannot be controlled, the government must concentrate on the long run – building trust, letting the market work, and interfering only in clear-cut cases of market failure. Cushioning social hardship in a limited way may be part of the program. Most important, however, is that there will be no tinkering with the Liberty Act.

The current government is making very promising efforts to move Georgia towards true judicial independence. That would be a lasting contribution to the building of a sustainable Georgian state, particularly in view of the growing dangers stemming from the geopolitical dynamics here. Indeed, like in Chile, there are many points where the Georgian Dream government can (and did) improve on its predecessor. The economic principles that guided Saakashvili’s reign, however, are not one of those.

For the sake of successful state building, this needs urgent remedy. It will strengthen Georgian Dream’s legacy, without any doubt!

Florian Biermann is assistant professor of economics at ISET, where he teaches, among others, a course in market failure.

Kálmán Mizsei is former visiting professor at the Central European University in Budapest, Hungary. He served as regional director of UNDP for Europe and the CIS, Special Representative of the EU in Moldova, and head of the EU advisory mission to Ukraine. Currently, he is writing a study on transformation processes in Eastern Europe.