What Can Georgia Learn from Sweden’s Educational Disaster? 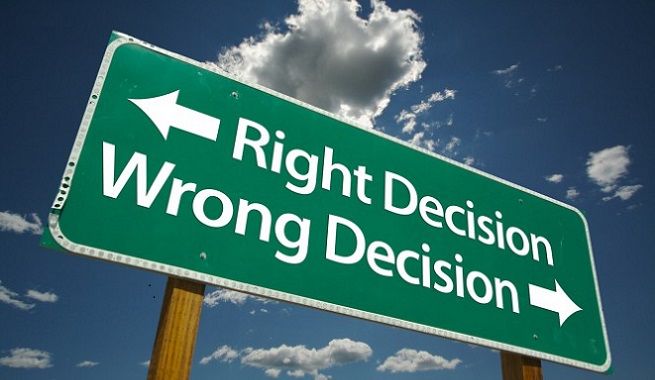 Between 2000 and 2012, Sweden fell in the Programme for International Student Assessment (PISA) by 16 places from the 7th to the 23rd rank, and in the 2015 PISA study, Sweden ranked 28th of 34 countries in mathematics! As the OECD writes: “No other PISA-participating country saw a steeper decline in student performance over the past decade than Sweden.” Who is to blame?

Those from the left side of the political spectrum claim that too much freedom of choice was introduced to the Swedish educational system. Since 1992, a voucher system (as proposed by Milton Friedman already in the 1960’s) allows parents to send their children to private schools without having to pay tuition. Public schools are free of charge, and private schools receive a fixed payment for each student redeeming their voucher at the school. As Raymond Fisman of the Columbia Business School writes: “Swedish school reforms did incorporate the essential features of the voucher system advocated by Friedman. The hope was that schools would have clear financial incentives to provide a better education and could be more responsive to customer (i.e., parental) needs and wants when freed from the burden imposed by a centralized bureaucracy. And the Swedish market for education was open to all, meaning any entrepreneur, whether motivated by religious beliefs, social concern, or the almighty dollar, could launch a school as long as he could maintain its accreditation and attract ‘paying’ customers.” In the ears of market libertarians, this sounds like a winning approach. Yet, Fisman argues that the schools were competing with one another not through quality, but through “ease of access” and “ease of receiving a degree” (unlike in the US and in Georgia, in Sweden the grading also of important exams is done by the teachers of the school where the test-takers are enrolled). Fisman concludes: “A sizable portion of the much-vaunted outperformance of voucher school students could be chalked up to nothing more than easy grading. More surprising still, the voucher school grade inflation is almost as high for math and science (where you’d think an answer is either right or wrong) as it is for Swedish.”

This explanation is contested by other researchers, like the controversial economist Tino Sanandaji from the Stockholm School of Economics, who points out that only 14 percent of fifteen-year-olds were attending private schools. As the “race to the bottom” would not affect public schools, which have funding that does not directly depend on the number of enrolled students, he argues that the voucher system cannot be blamed for Sweden’s educational disaster. Sanandaji rather attributes the decline to experiments with new pedagogical methods, where traditional classes have been replaced by group work and “research projects” and a softening of the grading system.

Sahlgren’s explanation is in line with the observation that homogeneity (as opposed to diversity) seems to be conducive to learning success. Finland, which was largely spared by the international immigration flows until the late 2000’s, had an unusually homogeneous population. Particularly the frequently praised Finnish village schools, where innovative cross-age and cross-social background teaching takes place, have very homogeneous student bodies. And when Finland became a destination for immigrant flows, its performance started to decline. From 2009 to 2012, Finland dropped by 2.8 percent in math, by 3 percent in science, and by 1.7 percent in reading comprehension. In the 2015 results, Finland’s continued to fall back, and it is now ranked 12th in math, fifth in science and fourth in reading (which is, of course, still pretty good, but Finland previously took first place in PISA).

"I received a distinction for both my degrees and I now clean s*** in a foreign country,” says Benjamin Bosch, a young Spaniard who became emblematic for some European countries’ high youth unemployment rates. Holding two bachelors and one master’s degree, he ended up in a London café cleaning bathrooms. One could find similar cases in Georgia. A fictitious Beka Boschadze might say: “I received two Ph.D.’s and three master’s degrees but now drive around as a taxi driver in a s***ty Opel in Tbilisi”.

Georgia’s performance in PISA is even worse than Sweden’s. In the 2015 PISA study, Georgia took the places 59 in math, 61 in science, and 64 in reading (out of 72 countries). But what are the reasons? Georgia has no noteworthy immigration (the population is quite heterogeneous but the different ethnicities are culturally similar), and given the centralized NAEC exams, there is no risk for a “race to the bottom” in Georgia.

The reasons for the bad performance of Georgia and Sweden are in fact very different. In Georgia, degrees and formally high qualifications do usually not ensure job market success. This is very different in Sweden and many other northern European countries, where the unemployment rates of highly skilled people are far below general unemployment rates and high-skilled unemployment is largely unaffected by the business cycle.

Unlike in Sweden, the problem in Georgia is not so much a structural one, but it is about acquired skills: the human capital acquired in Georgia is hardly valued by employers, and many Georgians learn what is not demanded on the market. Georgian educational policy should therefore be guided by the following question: what are the skills and qualifications that are demanded in the 21st century?

The answer might be given by Melamed and Salant (2010), who surveyed the literature and identified the so-called “21st Century Skills”: informational literacy, higher order thinking, communicate and cooperate, technological competence, and learning how to learn. Informational literacy refers to the ability to gather, edit, analyze, process, and connect information. Higher order thinking is about problem solving, argumentation, and the competence to criticize. The meaning of the other skills is self-explanatory.

None of these skills refer to formal knowledge about a subject matter. Moreover, given their nature, the 21st century skills can be, and need to be, conveyed throughout the whole educational career of a person, which today starts at preschool education and ends at retirement age (the so-called “lifelong learning”).

The debate of what is an optimal education is very old. Many ideas, from Montessori to Steiner (Waldorf Schools) to Summerhill, have been discussed and tried out since the 19th century, and there is no consensus on the most effective way of teaching. At the same time, classical teaching is all but dead – even Soviet style learning has experienced a revival with the Russian Schools of Mathematics, which are mushrooming throughout the USA, offering “best practices of math schools in the former Soviet Union, adapted to the US educational environment.”

In a follow-up article, we will look at different innovative approaches to education and discuss which of those may be most suitable for Georgia.