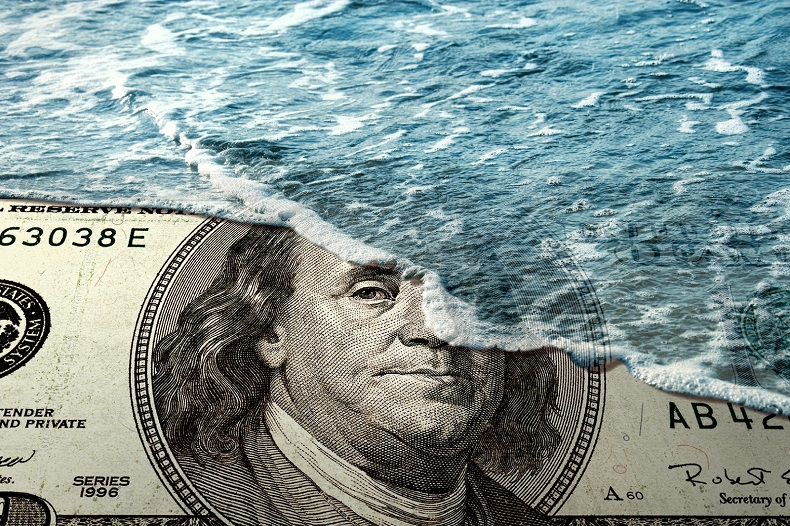 The large and chronic water losses characterizing distribution networks constitute one of the major challenges faced by Georgian water utilities. The water supply generates approximately 700 million cubic meters of non-revenue water (NRW) each year1, considering just the urban centers. High water loss rates create excessive operational costs for the utilities and result in undesirable operational inefficiency in the water supply sector. This creates obstacles — from a financial point of view — to the achievement of full cost recovery and to the appropriate operation of the water supply infrastructure.

Directly, high loss rates in distribution networks result in NRW and higher water bills for the utilities. Indirectly, NRW increases the energy inputs required for water supply operations. This is the case especially in the half of mountainous regional municipalities in Georgia where electricity constitutes up to 30% of the company’s operational costs.

Another factor contributing to the deterioration of the operational efficiency of the water supply utilities in Georgia — as well as to the loss of water — is the low rate of metered connections. Normally, water utilities are not able to control water consumption levels for non-metered customers. These customers are charged per capita fixed tariffs, not conditional on their monthly water consumption levels. This, in turn, reduces their incentive to save water and to eliminate water losses on their property. As a result, the lower the metering rate, the higher the uncertainty about the company’s water balance and normative water loss levels.

Below, we will analyze the case of the United Water Supply Company of Georgia (UWSCG), looking at the evolution over time of the company’s key parameters, such as metering ratios in absolute and percentage terms, the growth rate of new connections, and municipal energy intensity as an input factor. Through graphical illustration, we will also show how household and business connections have evolved over the last 7 years. Based on the results of the analysis, we will discuss how targeted policy measures could benefit both water utilities and society at large.

UWSCG is a state-owned enterprise which coordinates the development of the water supply and sanitation network in regional municipal centers and plays a fundamental role in the context of the country’s sustainable development strategy, which emphasizes rural development. As of today, the company has 53 municipal and up to 9 regional service centers in Georgia and serves 306,000 household (HH) customers as well as 19,000 commercial/business customers.

The graphs below illustrate the absolute and percentage changes in metered and non-metered HH customers’ connections in the UWSCG. Over the last 8-year period, the metering rate for HH customers grew at an average 24%, with a sharp acceleration in the first years and a significantly lower growth (about 6% per year) over the last 4 years. Since 2017, the number of metered HH customers rose above that of un-metered customers. Still, in 2018 46% of households under UWSCG were still un-metered. As the meters are necessary to control water consumption and incentivize more efficient use of water, the low metering and the slowing growth rate of metering remain among the reasons for the system’s efficiency problems.

In analyzing the efficiency of the company, it is also important to examine the structure of its operational costs. The next figure shows that the UWSCG has different electricity input needs in various municipalities. In other words, the percentage share of electricity costs in total Operation and Maintenance (O&M) costs is radically different across municipalities. Electricity costs as a percent of total O&M costs are above 25% in almost half of the municipalities in which the UWSCG provides water supply services (see figure 3 below).

Two “quick win” policy actions have been suggested by the Asian Development Bank in the context of the Country Operations Business Plan 2018-20202:

• improve UWSCG operational efficiency by reducing NRW from the declared 75% to the targeted 45% level;

• adopt energy efficient technologies in the water production process, with potential savings up to 35% of the electricity currently consumed.

Similar recommendations were put forward by other development partners such as the World Bank, the KFW, and the EIB who invest widely in our country’s water supply sector.

The analyses conducted at the Ministry of Regional Development and Infrastructure of Georgia revealed that the proposed policy implementation would reduce the demand for power between 109 and 219 million kWh of electricity annually (see figure 4.). Comparing the first two scenarios, it emerges that the company can save more from NRW reduction than from energy efficiency improvement. Combining the two policies would result in savings amounting to 219 million kWh of electricity.

In order to have a clear understanding of the social relevance of the policy intervention, we performed a simple exercise. Dividing the total energy saved in each of the scenarios by the average annual electricity consumption per household member3, we estimated that the first policy scenario would save an amount of electricity equivalent to that consumed by 50,590 people in a year, while the number for the second scenario would be just 32,462. The third — and best case scenario — is the double policy effect, which would save an amount of electricity sufficient to satisfy the electricity needs of more than 65,000 people for an entire year.

Given the fact that the operational losses of UWSCG are covered by the public budget, this is more than a fictional exercise. It gives an idea of how many resources could be freed yearly by increasing operational efficiency in the water sector. These resources — net of the costs associated with the implementation of the suggested policies — could be used, for example, to provide electricity vouchers to vulnerable households.

What are the overall implications and conclusions from this case study?

The first is that, as electricity is quite a costly input factor in water generation, reducing its consumption would potentially save a substantial amount of financial resources that otherwise would have to be subtracted from the state budget to subsidize the company, freeing them for alternative uses.

The second is that, as the country’s overall demand for electricity consumption increases, a sensible water policy addressing the whole sector — not only the state-owned UWSCG — could contribute significantly to reducing the country’s dependence on electricity imports.

As we discussed, this could be done by defining specific policy targets to improve the water companies’ operational efficiency (such as reducing NRW and/or by adopting more energy efficient technologies). Targeting efficiency improvement measures and water recovery mechanisms would also be a good way to start putting the water sector on track to meet its energy efficiency targets for 2030.