Toxoplasma Gondii and the "Missing Girls" in the South Caucasus

Mar 14 Posted by Lasha Lanchava in Governance and Social Policy 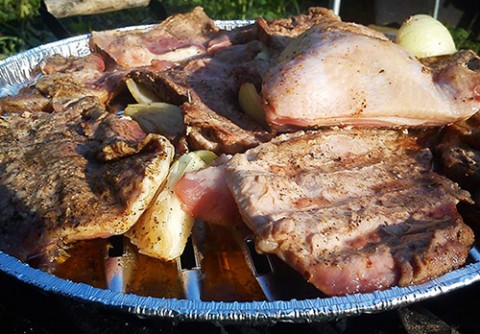 In a 2012 article that was published on the ISET Economist Blog, Yaroslava Babych did justice to what lately has been a theme of scientific gossip and backstage talk, which I have personally often encountered among socially (albeit not exclusively) inclined economists about the alarming sex ratio at birth (SRB) statistics in Georgia and its neighboring countries. Yaroslava Babych presented numbers showing that SRB—the ratio of boys to girls in a baby population— of Georgia is topped just by China, Azerbaijan, and Armenia.

Judging from the number of comments that followed, the blog proved popular as it generated a lot of attention and sparked a healthy discussion about potential causes of the problem. People engaged in the discussion suggested all sorts of explanations, varying from preferences of males over females and sex selective abortions to the “returning soldier effect”, parental stress as well as the country specific diet. This article however, intends to give an alternative perspective on the topic, which I think will enrich the discussion.

In the early 1990s Jaroslav Felgr, an evolutionary biologist at Charles University in Prague and a collaborator of mine, started to analyze the influence of a particular single-celled brain parasite on human behavior. This parasite of protozoan family known as Toxoplasma gondii (or Toxo) was discovered in 1908 in the body of the exotic rodent Ctenodactylus gundi (hence the name gondii).  Flegr advocates that Toxo is the classic exhibition of the manipulation hypothesis, which maintains that parasites have an ability to alter behavior of their hosts in order to maximize the chances of transmitting of their own genes across generations.  The definitive hosts of Toxoplasma are animals from the cat family or felines — the only species in which parasite reproduce sexually. In contrast, any warm-blooded animal (mostly rodents such as rats, mice) can become infected as a fetus or after birth by feeding on food contaminated with feline excrement infected by the parasite. In order to close the evolutionary cycle, Toxo faces the challenge of getting a rodent to be eaten by a cat. To do so, Toxo devised a powerful strategy: it began to manipulate its host’s brain so that the smell of predator urine sexually aroused rodents, therefore removing their instinctive fear of cats and making them lethargic. Sluggish rodents then go around exploring the cat’s urine, thereby making them easy prey — a condition called "Feline Fatal Attraction."

But what does this have to do with the sex ratio in humans? In his 2011 book Watch out for Toxo! (available for free online), Flegr claims that one-third of the world’s population has toxoplasmosis — a disease caused by Toxoplasma. Prevalence of toxoplasmosis varies dramatically across countries. It can be as low as 4% in South Korea and as high as 78% in Nigeria. In Europe, Toxo prevalence varies between 11% in Norway and 63% in Germany.

Could it be that Toxoplasma is also trying to alter humans’ senses in a way similar to rodents, thus making them behaving in bizarre ways? Flegr and his crew generated a set of results that answer affirmatively to part of this question. Toxoplasma-infected patients show slowed reaction times and face an increased risk of depression, schizophrenia, car accidents, and suicide (Flegr, J. (2013): “How and why Toxoplasma makes us crazy”, Trends in Parasitology, 29(4), 156-163). In a 2011 paper (“Fatal Attraction Phenomenon in Humans – Cat Odour Attractiveness Increased for Toxoplasma-Infected Men While Decreased for Infected Women”, PLoS Neglected Tropical Diseases, 5(11)), Flegr claims that, like rodents, infected men find the odour of cat urine increasingly pleasant. Interestingly, infected women displayed lower levels of intrigue with the smell of cat urine than uninfected women did.

Interesting as all this may be, we still haven’t answered our original question: how can Toxoplasma be influencing the sex ratio at birth? In a 2006 article, Flegr links Toxo infection to the propensity to have male or female offspring (“Women infected with parasite Toxoplasma have more sons”, Naturwissenschaften 94, 122–127). An analysis of clinical records in Prague showed that women, infected with Toxoplasma right before pregnancy had a 72% chance of giving birth to a boy, which means that there were 260 boys for every 100 girls in the population (as a quick comparison, Yaroslava Babych reported that in the South Caucasus the highest value of the sex ratio at birth is 116). According to Flegr and co-authors, there is a good evolutionary story behind observed result. In primitive societies, where men’s primary occupation was hunting, which required men to be aggressive, exploratory and willing to pursue prey over large distances, it was more likely that they would be eaten by wild felines. Therefore, the male-biased sex ratio can be seen as the parasite’s way of ensuring the completion of its evolutionary life cycle. The same study showed that for women with Toxoplasmosis that lasted relatively longer, the probability of giving birth to a son dropped to 45%. However, the evolutionary role of Toxo’s effect on the sex ratio is still debated, and the details of a biological mechanism are outside the scope of this article.

This result did not proof that Toxo was the cause of the skewed sex ratio, because it might well be that high the sex ratio at birth, as well as the tendency to be Toxo-infected, is caused by a common unobserved factor such as increased levels of testosterone. To rule out this possibility, in a 2007 study (“Influence of latent toxoplasmosis on the secondary sex ratio in mice”, Parasitology, 134(12), 1709-1717), Flegr’s team experimentally demonstrated that artificially infected mice had an increased probability (59%) of giving birth to male pups in the earlier weeks of infection. However, as time passed the sex ratio at birth has reversed and the chance of giving birth to males dropped to 40%.

After reading all of this, an astute reader may wonder, “how does this explain that in the South Caucasian countries SRB stands higher than in other countries?” Do these countries drastically differ from other countries in terms of Toxo prevalence? Do we actually know the rate of infected population in these countries? Unfortunately, I am unable to answer these last questions due to data unavailability. But even the existence of the data may not have been very informative, as previous attempts trying to link Toxo prevalence and the sex ratio at birth across countries have failed. The reason is that the main factor when linking Toxoplasmosis and sex ratio at birth is the length of infection of the mother and humans usually do not know when they contracted toxoplasmosis. But I can nevertheless speculate why I think Toxoplasmosis can be a reason for the high sex ratio at birth in the region.

It might be the case that in the South Caucasus toxoplasmosis works towards an increased rate of male babies because women get married relatively early. Indeed, the average age of mothers when giving birth in Germany is 31, while depending on the source, the average age of women at childbirth in Georgia is between 22 and 24 years. If the probability of being infected for the first time is the same throughout a whole lifespan (which is probably not true, but is a reasonable working hypothesis), then if you randomly pick a woman at age 31 and a woman at age 22, it is more likely that the women at age 31 has been infected for a longer period of time than the woman at age 22. Therefore, on average the length of Toxo infection of a mother giving birth in Georgia will be lower, making it more likely for Georgian women to give birth to sons. (In Germany the average age of birth giving women went up from 24 years to 31 years between 1965 and 2012. Therefore, if our reasoning is true and the rate of infection remained the same throughout this time, Germany must have experienced declining sex ratio at birth — a hypothesis that could be tested empirically).

Moreover, one of the causes of infection is interaction with raw meat and vegetables. It might be that, in some countries women, after they get married, spend more time cooking in the kitchen as compared to fellow housewives in other countries. Therefore, in these countries women could get infected right at the start of their pregnancy and thus give birth to more sons. Finally, toxoplasmosis can be transmitted during unprotected sex with infected men. It could also be the case that relatively large numbers of Caucasian men are infected with Toxo, which would make the share of women getting toxoplasmosis right before pregnancy relatively higher as well, thus increasing the likelihood of having male babies.

At the moment, what has been discussed above is mainly speculation. Yet in a scientific discussion about the skewed Georgian sex rate at birth, the Toxo story should be further investigated as one possible explanation.

Lasha Lanchava is a former ISET student. Currently, he is junior researcher and PhD candidate at CERGE-EI, Charles University in Prague, Czech Republic.