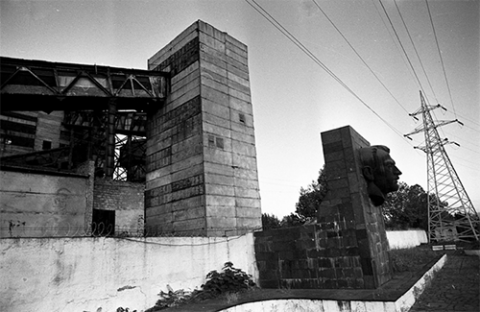 Recently, the Georgian media abounded with alarming reports about a slowdown of foreign direct investments (FDI) in Georgia. Indeed, economic figures seem to support the view that there may be a turn in the FDI activity. The graph shows FDI in the first two quarters of each year from 2005 to 2013. There is obviously a huge volatility in the investment activity throughout those years, reflecting economic and political events like the war and the financial crisis in 2008. Yet since 2009, FDI activity was following a slow but steady upward trend.

This trend seems to have come to an end in the current year: the foreign direct investment in the first two quarters of 2013 was below the 2012 companion numbers.

WHY DO WE CARE ABOUT FDI?

The two Turkish economists Faruk Guersoy and Hueseyin Kalyoncu investigate the connection between FDI and GDP growth in Georgia (“Foreign Direct investment and Growth Relationship in Georgia”, International Journal of Economics and Financial Issues 2, 2012). Their analysis is based on data of the years 1997-2010. In line with most of the research on this issue, they show that FDI inflow and GDP growth are closely related also in our country.

The reasons for the alignment of GDP growth and FDI activity are manifold. A survey article by the economists Prakash Loungani and Assaf Razin summarizes the most important arguments (“How Beneficial Is Foreign Direct Investment for Developing Countries?”, Finance and Development 38, 2001): (1) FDI allows the transfer of technology – particularly in the form of new varieties of capital inputs – that cannot be achieved through financial investments or trade in goods and services. (2) FDI can promote competition in the domestic input market. (3) Recipients of FDI often gain employee training in the course of operating the new businesses, which contributes to human capital development in the host country. (4) Profits generated by FDI contribute to corporate tax revenues in the host country.

Yet while the general view on FDI is positive, the two authors also note that: “Despite the evidence presented in recent studies, other work indicates that developing countries should be cautious about taking too uncritical an attitude toward the benefits of FDI.” Why can FDI also be problematic?

Let us consider a hypothetical example. An investor from Russia buys 60% of the shares of a Georgian company for 50 million laris. This operation will increase the FDI by 50 millions. Then he lends to this Georgian company 20 million laris for one year for an interest rate of 10%.  This operation will even more increase the FDI, namely by 22 million laris (the whole amount of money that has to be paid back is counted as FDI). Now assume that the company runs into trouble and cannot pay back its debt after one year. It is common that the credit contract specifies that in this situation the company’s default does not lead to immediate bankruptcy, but to an increase of the interest rate (this is particularly common if the credit was provided by one of the company’s owners). So assume that the company gets penalized with a doubling of the interest rate and has to pay an additional 2 millions of laris as interest. This operation increases the FDI by 2 million laris, even though there was no positive economic activity associated with it. In this example, taking FDI at face value would be deceptive, as there may be economic activities associated with it that are far from being beneficial.

Let us push this example even further. Assume that a Georgian businessman is unhappy about how the Russian investor treats his Georgian employees. Out of concern for his compatriots, he decides to buy back the 60% of the shares. This operation decreases the FDI by 50 million laris, even though the activity was good for the company, its workers, and the Georgian society as a whole.

Obviously, there are investments that are harmful for a country, for example if they cause environmental problems or lead to an exploitation of the local workforce. Yet FDI does not take into account the nature of an investment. It counts everything in the same way.

WHAT SHOULD POLITICIANS DO?

The role of the government in FDI acquisition is exactly to evaluate the economic impacts of an investment. While beneficial investments should be encouraged, investors with questionable intentions should be deterred. In the past, however, this seems not to have worked always very well.

As an example, the Austrian delicatessen company Schirnhofer was planning not only to sell its production in Georgia, but also to produce it here. Schirnhofer intended to build a factory in Mtskheta that would have given work to 600 people. In addition, the company was going to give cattle of a special breed to 3000 local farmers. Yet claiming that the products of Schirnhoffer were of low quality, the financial police confiscated some of its imports in Poti, even though there was not even a laboratory in Georgia which could check the alleged flaws in those products. These artificial barriers made the investor to change his mind about investing in Georgia. Now the factory will be built in Kazakhstan – in Tbilisi, Schirnhofer will just operate a store.

Another example is the city of Zestafoni. Since decades, Zestafoni is home to a huge ferroalloy industry. Also in recent years, ferroalloy held a large share in Georgia’s exports. The factory, founded in 1930’s, is now operated by foreign investors, and one hears a lot of complaints about how the factory is operated. The salaries of local workforce are low, there are air polluting issues, with Zestafoni having the highest cancer rates in Georgia. Last not least, the industrial infrastructure seems still to be the same as in Soviet times. Not surprisingly, the residents of Zestafoni are dissatisfied with the foreign investor, and recently there were two weeks of protests and demonstrations. The investor pays taxes to the government, yet these tax payments would also be paid by any other investor, regardless of domestic or foreign. In this case, the government did not ensure that the investor would bring technology, renew the infrastructure, etc.

Of course, in the last years Georgia often managed to attract FDI of good quality. An instance is the pipeline by British Petroleum which is very profitable for the country. BP built three pipelines that increased the geo-political importance of Georgia, and Georgia collects considerable fees for the transfer of oil and gas through the country. It is also worth mentioning that many BP employees are Georgians.

Another example of constructive investment are the activities of the Italian sweets giant Ferrero in Georgia.  Ferrero employs about 150 people and hundreds of seasonal workers. They also launched a training program, enabling hazelnut farmers in Samegrelo to master advanced cultivation techniques.

Instead of judging the economic development only based on the increase or decrease of FDI, politicians should have a deeper look at the nature of those investments. The FDI numbers alone are not very meaningful.