Apr 11 Posted by Eric Livny in Governance and Social Policy 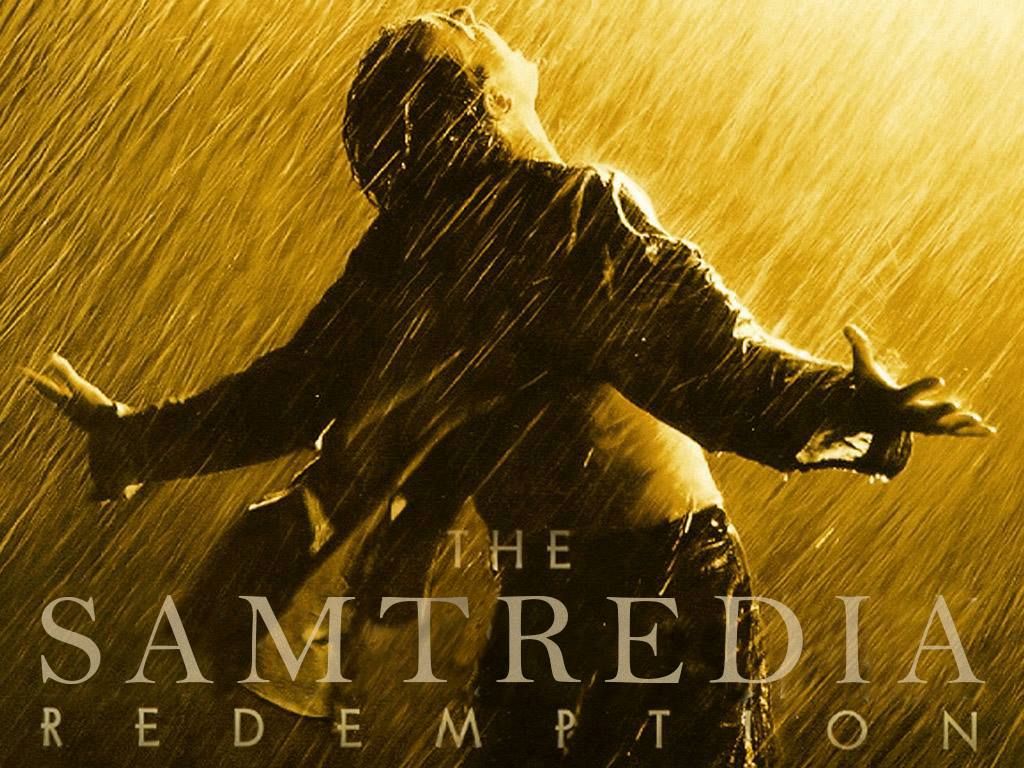 Nino Kakulia was born in Samtredia on 15 October 1991, in the last days of the Georgian Soviet Socialist Republic. By the time Nino and independent Georgia were celebrating their 13th birthdays, the Georgian government embarked on a series of long overdue reforms, one of which was about cleansing the country’s higher education system from corruption.

This was undoubtedly an excellent and timely reform for Nino, an ambitious student in Samtredia’s school. Until then, to get admitted into a public university, Nino or, rather, her family, would have had to bribe the gatekeepers, i.e. “academics” serving on the university admissions committee. After 2005, the gatekeepers could no longer take bribes because the keys to academic heaven had been appropriated by a higher up agency, National Assessment and Examination Center (NAEC)

From now on, decisions about admissions and government grants were to be made based on only one factor: achievement on three nationally-administered standardized tests: Georgian language and literature, foreign language, and problem solving skills. No more corruption, no more reliance on “connections”, and no more nepotism.

Combined with a swift government action to revoke licenses of almost 200 higher education diploma mills, NAEC dealt a death blow to corruption in the university system. Paradoxically, however, the introduction of standardized tests suddenly made public schooling an irrelevant concept. Private tutoring – directly geared towards success in these tests – has now become the main game in Samtredia. As Nino recalls, school attendance dropped to very low levels with both students and teachers looking the other way (to the private tutoring market).

Merely passing the standardized tests was not a problem for Nino and many other mathematically gifted kids in Samtredia. The challenge was to do better than their peers in order to get into prestigious university programs in Tbilisi (as opposed to those in the nearby Kutaisi) and qualify for government scholarships.

With the entire extended family providing financial help, Nino started taking private lessons. All went well, and by the end of the 10th grade she was confident in her ability to prepare for the NAEC-administered tests. Moreover, since Georgia was about to extend the period of (now useless) public schooling from 11 to 12 grades, Nino decided to save a year by moving to Samtredia’s Russian language school, which was not immediately subject to this reform.

Not surprisingly, Nino was not the only one to employ this tactic. Nominally, her class included more than 70(!) guys from all over western Georgia – Poti, Kutaisi, and, of course, Samtredia. On one or two occasions, when most of them did show up for some official business, there were not enough seats for everybody.

Nino remembers her time as a student at Samtredia’s “Russian school” as one of the best periods in her life. United by a common ambition, she and her “classmates” became extremely friendly. Working in small groups of 5-10 students, they went to the same tutors, and constantly bumped into each other on Samtredia’s streets while going from one “class” – a tutor’s private house – to another.

Samtredia’s private tutoring became a fiercely competitive industry. The best guys in the market, like Nino’s math tutor Murman Kashia, could afford being selective. With deep voice and plenty of charisma, Murman became and idol for Nino and her groupmates. To get into his group one had to be smart and motivated.

The entire group of Samtredia’s overachievers graduated from the Russian school – which they hardly attended – in spring 2008 at a ceremony hosted by the local culture house. All five of Murman Kashia's students and most others qualified for government scholarships, redeeming themselves of their underprivileged Samtredia childhood.

There was nothing heavenly about the four years (2008-2012) Nino spent as a student at TSU’s business and economics faculty. In fact, she has a hard time remembering anything she studied there except for math (which was taught at a fairly good level) and some very basic micro and macro economics. Most business lecturers appeared to be one chapter (and sometime only one page) ahead of the students. Gone were the corrupt gatekeepers, but very little changed inside the university walls.

Nino continued her engagement with economics by going through ISET’s MA program. The intensity of ISET curricula and all the hard work she had to put in reminded her of the year she spent at the Russian school in Samtredia. Most of her classmates - Nino Mosiashvili, Iako and Natia Katsia, to mention just a few - became her friends for life. 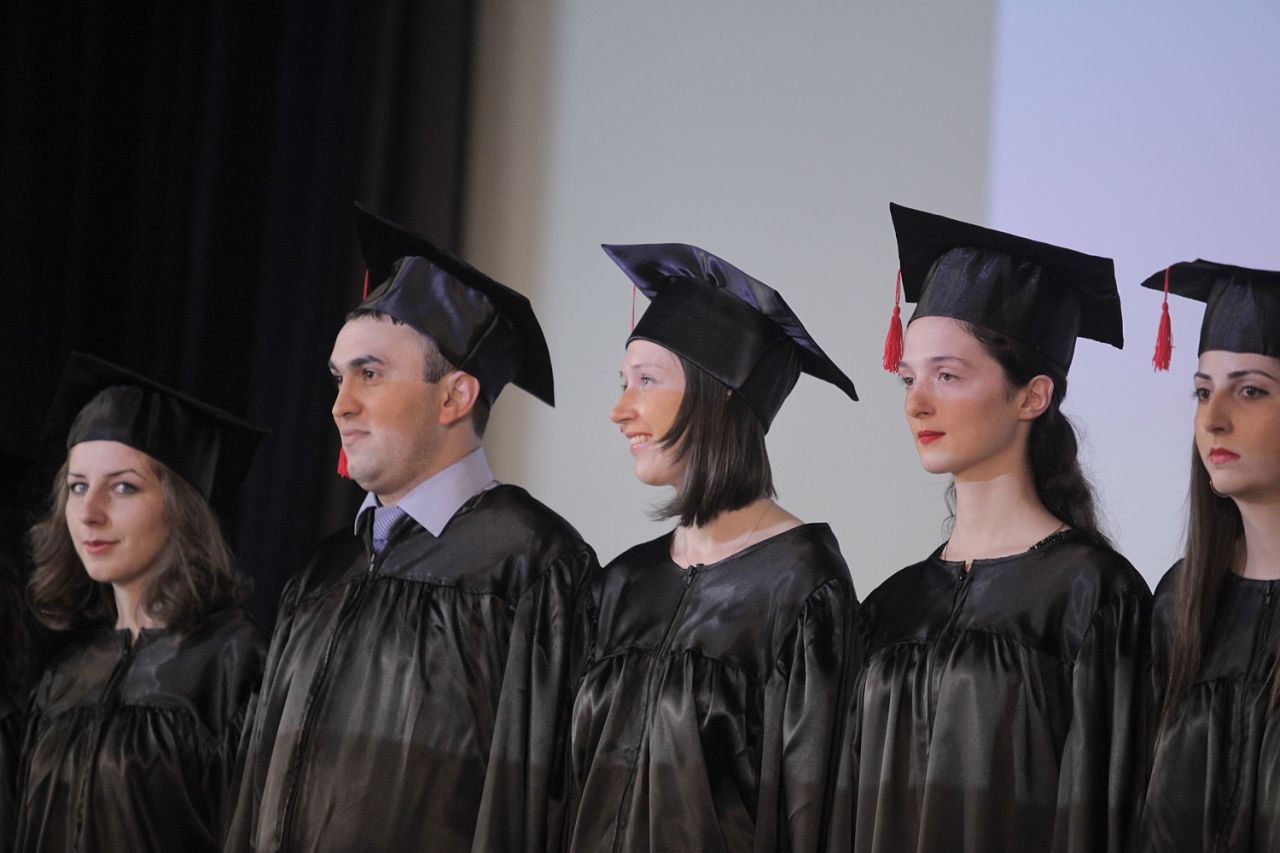 Yet, acquiring an EDUCATION remained Nino’s elusive dream. Not technical economics knowledge she received at ISET. Not business or accounting jargon she memorized for TSU exams. Not “problem solving” skills she was taught by Murman Kashia, her Samtredia idol. EDUCATION in the broad sense, of the kind kids around the world acquire at schools and in colleges. EDUCATION that comes with reading and discussions. EDUCATION that helps one navigate ethical dilemmas, judge other people’s views and values, defend own positions, or find purpose in life.

I came to appreciate Nino’s thirst for EDUCATION when, soon after graduating from ISET’s economics MA program, she told me of her plan to get a degree in history. History? – I asked in disbelief. Yes, history, she confirmed. She did not explain, but I think I understood.

STAYING BEHIND IS CERTAINLY NOT A GOOD OPTION

Whether Nino Kakulia will get a history degree or not, making it thus far marks a great success. University education (not to mistake with EDUCATION) remains the main channel of social mobility for Georgia’s rural youth. Yet, very few are able to take advantage of Georgia’s corruption free university admissions system given the chronic weakness of rural schools, and the lack of funds to hire private tutors or cover the cost of university tuition and living expenses in Tbilisi.

There are very few good options for those who drop out of high school or fail to advance beyond it. A quick survey Nino conducted among her Samtredia classmates is quite revealing in this regard. More than 2/3 remain in Samtredia or the nearby Kutaisi. The vast majority are lacking professional qualifications. Some of the girls found refuge in early marriage. Others serve as assistants in shops or beauty parlors. The most ambitious among the guys work (or are hoping to get jobs) as security guards, rangers, police or military personnel. Others are doing nothing, or worse.

Unified national admission tests are a symbol of Georgia’s Rose Revolution. “Simple and transparent”, they represent everything that was good about Georgia’s first-generation reforms, reforms that put the country on a path towards modernization. Yet, though necessary, such reforms are not a sufficient condition for reaching that elusive destination. While helping eliminate corruption in the university admissions system, exclusive reliance on standardized tests tends to aggravate other aspects of the education system. In particular, as we have seen in Samtredia’s example, they reduce the role of schools and weaken students’ incentives for schooling. The ultimate Samtredia redemption will require Georgia to move beyond “simple and transparent” measures and invest – quite heavily! – in the quality of public schools and universities.