The Puzzle of Agricultural Productivity in Georgia (and Armenia)

While more than half of all jobs in Georgia are in the agricultural sector, agriculture’s share of value added to GDP was only 11 percent in 2007 (World Bank). And although Georgia was a major producer of food, wine, tea, and mineral water during Soviet times, most of the food products on the shelves today are imported from abroad (FAO). 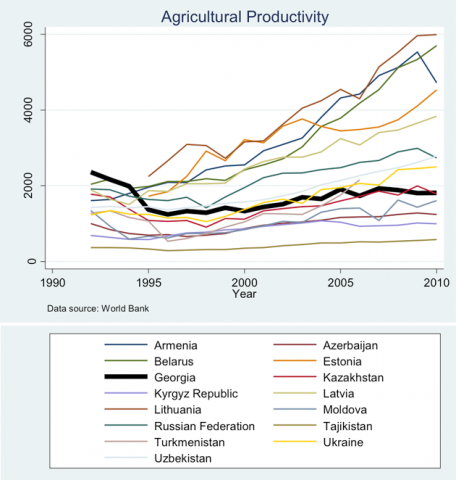 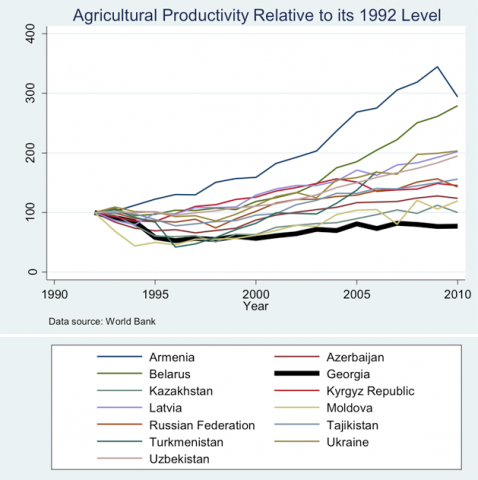 So, the question remains: why hasn’t agricultural productivity improved in Georgia over the past two decades, while it has at least recovered in every other former Soviet republic? It is even more puzzling to consider why agricultural productivity has grown by nearly 200 percent in Armenia since 1992, while it has declined in Georgia since then. These are certainly interesting questions for future research.