The Paradox of Soviet Excellence

May 15 Posted by Jan Klingelhofer in Education & Social Policy 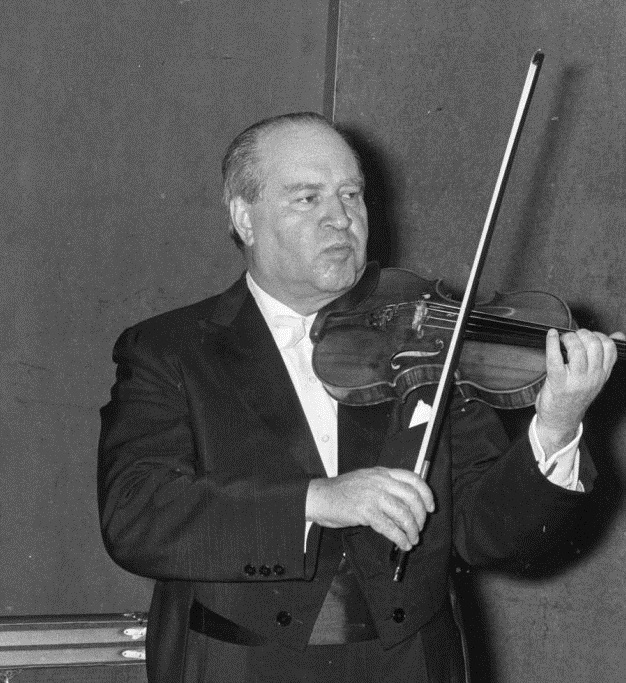 Here is a question that has bothered me for a while and I am surprised that nobody else seems to have asked it before:

How comes Western countries had the better orchestras (collectives) and Soviet Union the better classical music soloists during the Cold War? Would one not expect the contrary? And, perhaps more importantly: can economists learn something relevant from this observation?

There were great orchestras both in the East and in the West and one could argue endlessly who were the greatest soloists. However, Van Cliburn is still remembered for winning the International Tchaikovsky Competition in 1958 in Moscow for the simple reason that it was a sensation at the time, as everybody had expected one of the countless Soviet talents to win. Nonetheless, only a handful of music experts today think that Van Cliburn later in his career reached the same level of accomplishment as the most famous Soviet pianists, Sviatoslav Richter and Emil Gilels. There is little doubt that Soviet soloists could easily compete with and, more often than not, win against almost everyone in the West. And they were superior not only on a purely technical level, as many Asians are today, but also in musicianship.

The same is not true for Soviet orchestras. While some of them were very good indeed (the most highly acclaimed being the Leningrad Philharmonic Orchestra under Mravinsky), they were usually not considered to be the best in the world. When in 1969, the (West) Berlin Philharmonic played for the first time in Moscow under Karajan and performed Dimitri Shostakovich’s 10th Symphony, they caused a sensation not only with the audience but also with the composer himself. While most had expected the best German orchestra to be outstanding in their core Germanic repertoire, few had expected them to outshine Soviet orchestras in contemporary Soviet music. And this was not an “exception that proves the rule” as in the Van Cliburn case. One might argue that German orchestras just had a longer tradition than Soviet orchestras. But not only German orchestras, but also American ones proved to be the superior collectives. The Cleveland Orchestra under Georg Szell, the Philadelphia Orchestra under Eugene Ormandy, and the New York Philharmonic under Leonard Bernstein reached a level of accomplishment that was hardly seen in the Soviet Union. Consequently, the all-star lineup of those times combined Soviet soloists with western orchestras. Because most Soviet stars were allowed to travel to the West since the 1950s, we have several recordings of this.

One could argue that the western dominance in orchestras was in fact a western superiority in conductors, who could be considered to be soloists, similar to star violinists and pianists. Yet David Oistrakh, the greatest of the many great Soviet violinists, was perfectly able to do without a western star conductor when he conducted the West Berlin Philharmonic (besides playing the solo violin) for a legendary recording of Mozart’s violin concertos.

Thus, we face the curious fact that the less individualistic society managed to turn out the greater individualists but the lesser collectives in classical music. Are we up to something deeper here? In sports we see the same pattern: while the Soviet Union undeniably achieved excellence in individualistic sports, in team sports Western collectives often proved to be better. Surely, the Soviets were superior in ice hockey, but in hardly any other team sport they performed as well as in disciplines in which individual athletes compete. Soviet soccer was often competitive and won the first European Championship in 1960, yet it is most remembered for Lev Yashin, a goalkeeper, arguably the most individualistic position in the game. While there is little doubt that a collective effort helped Soviet chess players, they still won as individuals with clearly distinguishable styles of play. Perhaps someone more competent than me could comment on similar observations in physics, mathematics, or any other science.

What if we go one step further and look at the largest possible collectives, societies as a whole? An interesting and perhaps surprising pattern seems to emerge. The larger the collective we look at, the larger was the superiority of Western capitalist societies, at least with hindsight. While many individual musicians and athletes could compete and perhaps outcompete the West, Soviet society could not. Would one not rather have guessed the opposite when the great socialist experiment was started?

Let us search of explanations for this apparent paradox.

Living in a collectivist society, there was a general lack of individualism: there were little opportunities for Soviet citizens to express their personalities in politics, at work, in economics, and almost any other area of society. The only possibility was to become excellent in something – as a star pianist or athlete, one was allowed, and even encouraged, to develop one’s own style and personality, even if restricted to a very narrow domain of activity. Beyond all socialist rhetoric, excellent athletes were celebrated mainly as individuals, not as parts of collectives.

In other words, in a society in which one was severely restricted to develop a distinguishable identity, because all expression of individualism was under the suspicion of being dissident, outstanding performance was a way to meet the deep-rooted human aspiration to stand out as an individual.

Another reason, often overlooked in economic analysis, may be the important role of intrinsic motivation. Economists are inclined to explain things by referring to extrinsic incentives, but in a society where material incentives are largely lacking, what motivates people is the inner drive to excel at something.

Without any doubt, the lack of extrinsic motivation to work for the interest of society was an important reason why socialism failed. Many services were delivered only grudgingly, if at all, as people who experienced socialism first-hand can confirm. In a market economy, on the other hand, even those with highly unpleasant work usually show up on time and do a decent job for the simple reason that they receive sufficient material compensation.

Therefore, to explain why great achievements at the individual level were possible in the Soviet system, we must not disregard the intrinsic motivation of great artists and athletes.

Intrinsic motivation can also explain the outstanding example when the Soviet Union achieved real greatness on a collective level: the defeat of Nazi Germany 70 years ago. While it was believed for a long time that it was the fear of harsh punishment which kept the fighters at the front, recent research by German historian Jochen Hellbeck emphasizes the large role of intrinsic motivation of Red Army soldiers. He analyzed 215 interviews conducted with Red Army soldiers by the “Commission on the History of the Patriotic War”, founded in 1941 by Soviet historian Izrailevich Mints. As Michael Sontheimer summarizes in DER SPIEGEL: “These latest findings completely undermine the argument – put forward by the Nazis and repeated by the West during the Cold War – that the Red Army soldiers only fought so fiercely because they would have otherwise been shot by members of the secret police.”

While it was always part of the socialist vision to have highly motivated workers who would supposedly not feel “alienation” as under capitalism, it is obvious that in peacetime the Soviet system could not replicate its wartime achievements.

THE COST OF COMPETITION

Finally, one may ask whether the competition which permeates a market-system is exclusively conducive to performance.

By conventional economic wisdom, competition is a decisive factor in motivating people to perform well. What is often overlooked, however, is that competition comes with a cost. A Western musician not only had to excel in art, but also had to do well on various other dimensions. Successful Western soloists must be gifted in presenting themselves in interviews, press conferences, and possibly advertisement campaigns. All this is part of the bigger problem faced in market economies to make one’s living, as the government will not take care of it, a situation which was even more pressing in the times of the Cold War.

In the Soviet Union, on the other hand, talented individuals were liberated from any worries about providing for their families, accumulating means for their retirements, and presenting themselves in convincing ways. The Soviet system allowed intrinsically motivated and highly talented individuals to pursue their talents and to fully devote themselves to things such as music or chess by removing any obstacles that could have prevented the achievement of excellence.

Summing up, while standard economic theory can explain the failure of the Soviet economic system as a whole, it is not well-equipped to explain the surprising discrepancy between individual greatness and mediocre achievements on the collective level. As I have argued, an explanation may be found in intrinsic motivation, the desire for self-realization of highly talented individuals, and the ambiguous character of competition.