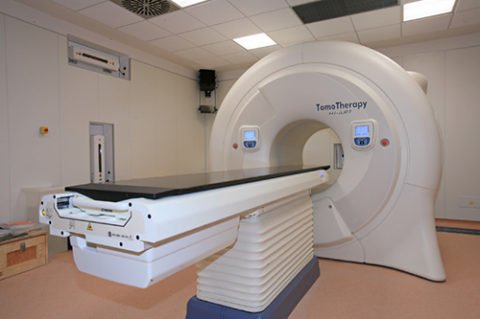 So far, many Georgians solved minor health problems in a non-bureaucratic way. Instead of consulting doctors, they asked friends, relatives, and the internet what medicine should be taken as a remedy for a given issue. Once they had received enough information, they went to a pharmacy, and, with some additional advice from the pharmacist, bought the medicine they expected to be helpful.

This practice has now come to an end. From September 2014, a large number of pharmaceuticals labeled as “second group medicines”, including painkillers and antibiotics, will be only sold on prescription. At first sight, there seem to be good reasons why such a reform was necessary.

Friends and relatives may not be good consultants when it comes to health issues. Their diagnoses may frequently be wrong, and the drugs they suggest may be useless or even harmful. This problem also has a social dimension. A study by Abdelmoneim Awad and coauthors (Journal of Pharmacy and Pharmaceutical Sciences 8(2):326-331, 2005) looked at the situation in Sudan and found that financial constraints of the patients are the primary reason for self-medication. Wealthy people can afford to consult doctors, while poor people are exposed to the presumably negative effects of self-medication.

Possibly, amateur doctors tend to apply the principle of “more is better”, as overuse seems to have been a problem in Georgia. In 2013, Georgians spent 48% of their annual medical expenses on drugs, while in 2003 for developed countries this figure did not exceed 25 % (see the chart, showing data from the Organization for Economic Co-operation and Development (OECD)). When people cannot buy medicine anymore without prescription, their pharmaceuticals consumption is limited by the amounts prescribed by the doctor, and overall consumption may go down.

Finally, the supporters of the reform point at international practice. Indeed, almost all developed countries run a system similar to what is now established in Georgia.

Despite these arguments, we are not sure that this law will lead to an improvement of health care in Georgia.

WHO WANTS PEOPLE TO BE HEALTHY?

The first thing one learns when dealing with questions of health economics is that actors in the health sector permanently speak about the well-being of patients, while at the same time they pursue their selfish economic interests. Doctors are no exception to this rule. Through the new law, the importance of doctors within the health system increases. While they could be consulted when patient considered professional advice useful or necessary, now they have to be consulted whenever medicine is needed.

This important role of doctors has led in all Western countries to huge efforts by the pharmaceutical industry to influence doctors’ prescription practices. In 2012, international pharmaceutical companies spent more than 24 billion dollars for promoting their products to doctors (source: Cegedim Strategic Data). How does this kind of marketing look like?

In Europe and the US, doctors who eagerly prescribe are regularly invited to “conferences” taking place in fancy locations, like Hawaii, where they spend 5 days in a 5-star hotel, paid by a pharmaceutical company. On two of the five days they listen to some talks about new pharmaceutical products, while the remaining three days remain at the disposal of the doctors. They may also give a presentation at such conferences (and get compensation for that), appealing both to their vanity as well as their wallets. It is also common that the pharmaceutical industry endows medical practices, ranging from fancy fountain pens and other knick-knack to expensive interior decorations and furnishing for the reception and waiting room. According to Deloitte, 35% of doctors in the US received gifts from the industry, and 16% gave paid speeches and received “consulting fees”. This is common behavior despite explicit transparency regulations in place in many Western countries (e.g. the Sunshine Act in the US, requiring companies to report any transfer they made to doctors).

Such “marketing” (one might also call it bribery) is extremely difficult to prevent – no country so far has found an effective way solve this issue. Even if pharmaceutical companies cannot track how much of a medicine a particular doctor prescribed (there may be illegal ways to find out, e.g. the doctor showing photocopies of the prescriptions made), the mechanics of corruption work reliably, as repeatedly shown in experiments. Somebody who was invited to a great trip typically feels an inner drive to “give something back” to the generous benefactor.

This problem may become particularly severe in Georgia, as Georgian doctors are usually not well-paid and may appreciate gifts by the industry even more.

If 48% of Georgian health expenditures are used for purchasing medicine while in advanced countries this number does not exceed 25%, this does not necessarily indicate overuse of medicine. Patients have a strong incentive not to overuse pharmaceuticals, because they are concerned about their own health, and an alternative explanation for the high cost share could be that in advanced countries much more technology is employed in the health sector. High-tech medicine lets overall cost skyrocket and reduces the share of pharmaceuticals in total expenditures. Machines employed in radiation therapy and tomography have rates of several thousand dollars per hour, and much of such top-notch technology is currently not available to ordinary patients in Georgia. For a health sector that does not employ expensive technology, it is almost inevitable to spend a greater share of money on medication, which may be economically optimal (pharmaceuticals are relatively cheap, at least those which can be produced as generics).

From now on, whenever somebody has a minor problem (like flu or headache), a doctor needs to be consulted. This drives up costs, but even worse, a doctor may not be available immediately. The health insurance, which has to be called first if one needs a doctor, may provide an appointment with a doctor just after a few days, which can be a great nuisance if one has a health issue.

A related problem concerns ambulances and emergency hospitalizations. Imagine to have a terrible toothache at 3am. There is no doctor available at that time and the painkiller cannot be bought in a pharmacy without prescription. Thus, the only solution is to call an ambulance (or to drive to a hospital if transportation is available). Already now, the system of ambulances in Georgia has a number of weaknesses, and more emergency calls will increase those problems. Previously, emergency services worked according to the principle of “first call, first served”, which would mean that calling the ambulance for a toothache could have taken away those services from someone for whom it was a matter of life or death. Now, emergency calls are processed according to priority, and it is not hard to imagine what the priority of a toothache is. As a result, the ambulance will probably arrive many hours later, when the family doctor is available again. Going to the night desk of a pharmacy and buying an analgesic was easier, more convenient, and more efficient.

To sum up, the advantages in general health hoped to be achieved through more control over medicine consumption may be offset by overprescriptions due to the ambivalent motives of doctors. Reduced efficiency may lead to inconveniences for the patients and higher costs.

While nobody admits it, the only actors in the health sector genuinely interested in healthy patients are the patients themselves. Therefore, it makes sense to give the patients maximum autonomy and freedom to choose. Yet the new law reduces their autonomy.

The health sectors of Western countries are largely dysfunctional – they are inefficient, intrinsically corrupt, and give problematic incentives to various actors. All this makes health costs in developed countries going through the roof, while services are often mediocre. Georgia is adjusting to international practices – yet sometimes, these practices are not good.