The Long, Hot Summer: Why We Witnessed a Spike in Forest Fires, and What Can Be Done About It – Part II (man-made fires) 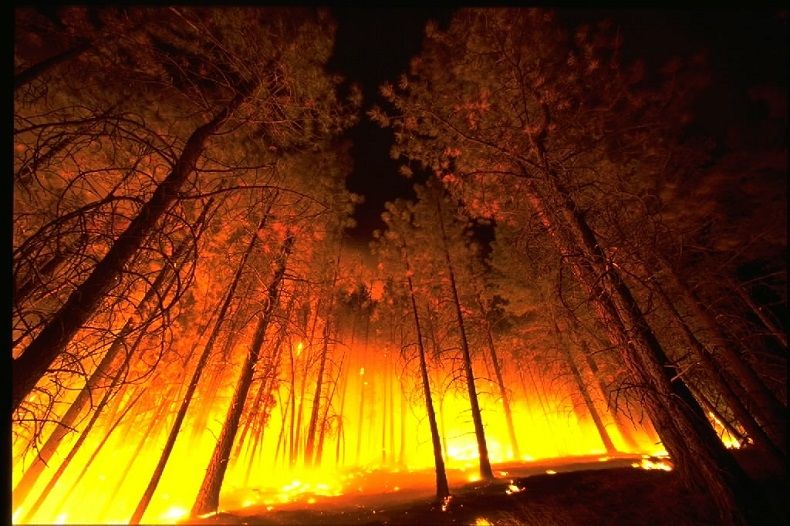 Forest fires pose a threat to human life and property. As we discussed in a previous article, most countries throughout the world, Georgia included, suffered from an unusually high number of forest fires during the summer of 2017. In Georgia, this topic was the subject of a spirited public debate about whether these fires were wild or man-made. In our previous article we discussed how natural causes generate wild forest fires. We mentioned that climate change can play a major role in the occurrence of forest fires, because drier conditions and longer hot seasons create favorable conditions for natural forest fires. We also suggested potential remedies to reduce the number and severity of natural forest fires.

In this article, we will be discussing forest fires attributable to human actions, whether simply improper outdoor activities, or true criminal acts.

What are the main reasons of man-made forest fires?

• One of the most widespread reasons for wildfires are campfires. People do not always build campfires in the locations that are designed for that purpose, and sometimes they build campfires close to leaves and dry stumps. In addition, people make excessively large campfires that can easily get out of control. Also, after enjoying their campfire, they do not always pay attention to whether the fire is fully extinguished before leaving. This is a problem, as sometimes even a small spark can cause a big forest fire. Finally, improper ash disposal can also become a cause of forest fires, because piles of ashes can have enough heat to start a fire.

• Dropping cigarettes is another reason of wildfires. Some people throw cigarette butts on the ground while they are still burning, while walking in the woods, or even from their car while travelling on roads through forests. If the burning butt falls in dry leaves or dry grass, a forest fire may be easily ignited.

• People usually burn waste in their yards or outside of their houses, even in forest areas. While it is not prohibited to burn debris, someone burning these materials should be careful, because sudden wind gusts or any other accidental events can cause fire to be spread, get out of control, and generate a forest fire.

• Arson means to set fire on purpose to some property (forests in this case), with the intention to cause damage. One of the main reasons why people commit this crime is that they have cut healthy trees for export, for making furniture, or just for using as fuel. Since this is illegal, sometimes they deliberately set a fire afterwards, usually during hot summers. In this way people will think that the fire was a result of high temperature, and arsonists will be able to hide their crime. Many people suspect this was exactly the reason behind the unusually high number of forest fires that occurred during the past summer in Georgia. Another strong incentive to set forests on fire comes from the need to expand the acreage of agricultural land, or to get additional land for constructing new roads and buildings. Since land resources are limited, deforestation has been seen as a way to increase the amount of land available for agricultural production and/or construction projects. The easiest way to clean forest areas (and sometimes to speed up procedures to allow the conversion of a forest area into agricultural or building land) is to burn the forest. Finally, arson crimes in other countries were also related to the business of reforestation, with companies and/or individuals usually hired to implement reforestation activities found responsible for burning forests to gain a new contract.

As man-made forest fires – by definition – depend on human activities, we should try to understand the causes of such fires in order to fight them more effectively. The primary responsibility for avoiding man-made forest fires falls on political authorities. Not only do they make crucial decisions that impact the effectiveness of the government response to all forest fires, such as how much to invest in the training of fire-fighters, the adoption of modern technologies to fight forest fires, and realization of proper infrastructure. They are also in charge of designing legal regulations concerning fire protection, and – more generally – to put into place policies that help increase social awareness about the risks and the costs of forest fires.

Given the multiplicity of causes behind man-made forest fires, it is obvious that policies to fight them should be also multi-faceted and address each of the causes, utilizing a holistic approach. In addition to initiatives that can be useful also against naturally occurring forest fires, there are more specific measures that could be adopted.

• Increase people’s awareness and teach people at young age how to prevent fires and the possible consequences of their actions. For example, the Ministry of Education can create school programs to educate children about the possible destruction that just one little match can create. More aware children will turn into more aware adults, significantly reducing the risk of accidental man-made forest fires.

• Develop and enforce better policies to prevent accidental man-caused fires. For example, not only should the boundaries of areas where people are/not allowed to build camp-fires be set, but these boundaries should also be clearly communicated, and the regulations enforced. Currently, even when boundaries are defined and communicated, there are often not enough officials in charge of enforcing the rules.

• Develop policies to prevent arson. Regulators should design regulations to reduce incentives to burn forests, whether to cover up illegal logging or to facilitate the conversion of forest land to agricultural/building land. While writing laws that categorize this type of criminal behavior as illegal – and that increase the cost of engaging in criminal activities – is a first and fundamental step in this direction, it will not solve the problem by itself. It is crucial that in addition, gains associated with illegal behaviors are reduced. In this sense, regulating the timber market to prevent illegal sales of healthy trees, and freezing the conversion of burned forest land into agricultural and/or building land, could also contribute to decreasing the number of fires caused due to arson. Obviously, these actions should be complemented by efforts to ensure proper enforcement.

THE FORESTFIRE PROJECT IN POLAND

An example of the effectiveness of policies that reduce the risk of forest fires is the FORESTFIRE Project, implemented in Poland in 2007, which was designed to decrease the number of man-made forest fires. During that year, there were 2,818 forest fires in Poland. The most frequent causes of these fires were arson (46%) and careless human activities, including campfires and dropping cigarette butts (24%). The objective of the FORESTFIRE Project was to reduce the risk of forest fires caused by human activities by raising public awareness about good practices for forest fire prevention. To achieve this aim, radio spots and a documentary film were produced about risky behavior related to forest fires, intentional arson and the need – and proper way – of raising an alarm. Educational materials were delivered to teachers to help them teach their students how to avoid fires or how to behave in case of fire. Firemen and local communities attended forest fire prevention training courses. The project was effective in increasing the knowledge and awareness of residents. As a result, the number of forest fires caused by human activities decreased by 41% (from 2007 to 2009) in the four provinces where the project was implemented.

Forest fires, both naturally occurring and man-made, cannot be entirely avoided. However, increasing social awareness, investing in prevention, providing those fighting fires with appropriate resources and training and – last but not least – by designing legislation that alters the incentives faced by economic agents (making man-made forest fires less profitable), it is possible to considerably decrease the number of forest fires and contain their damage, thus avoiding the significant social and economic losses associated with their occurrence.