The Implications of COVID-19 on the Georgian Power Market

May 01 Posted by Mariam Lobjanidze in Energy & Environment 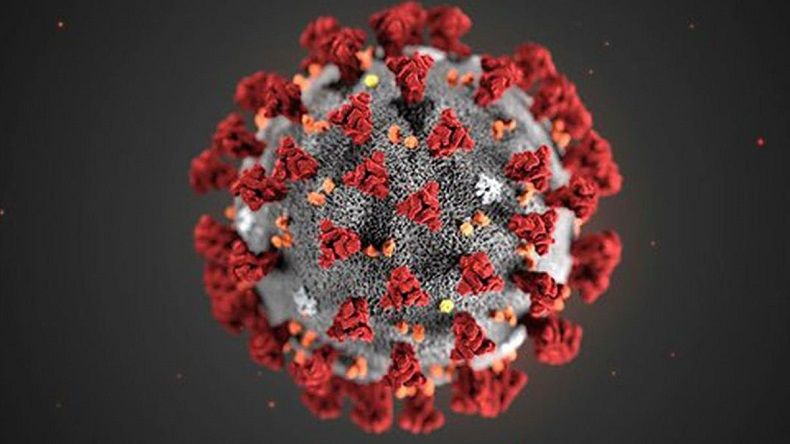 The consequences of COVID-19 on tourism and in the industrial and service sectors have been discussed broadly recently. However, little has been said about the current and future implications on the Georgian power sector. The worldwide pandemic has already had, and is still expected to have, quite significant implications on both the demand and supply sides of the electricity market. Although, at this stage, we cannot estimate the exact scale of the effects, it is possible to represent a general theoretical framework of the existing and potential impacts.

Firstly, we will look at electricity consumption and identify the potential effects of COVID-19 on the Georgian electricity market.

The country’s economy started to slow at the beginning of March as some public institutions and companies started voluntary remote working and when flights were gradually cancelled. In March 2020, electricity consumption on the local market amounted up to 1,050 mln. kWh, with demand decreasing by 8% compared to the corresponding month of the previous year (electricity consumption was 1,138 mln. kWh in March 2019) (Figure 1). This is the largest yearly decline in total consumption since 2007 (for the month of March). This, though, is still underestimating the final effects of the shutdown on the economy, as the government announced the National emergency on 21 March, and the strictest restrictions (essentially hitting every sector) only entered into effect from that stage.

Electricity demand is traditionally derived from: Energo-Pro Georgia,1 Telasi, Abkhazia, and directly from customers (Figure 1). In March 2020, demand from Energo-Pro Georgia, Telasi, and Abkhazia decreased by 24%, 12%, and 4% respectively, more than offsetting the increase, on an annual basis, of 45% from direct consumers. In order to provide an unbiased picture, we have separated the consumption between companies who entered the market before and after the market opening in May 2019. Hence, if we analyze the annual change in aggregate consumption of Energo-Pro, Telasi, and the direct consumers to have joined the market since May 2019,2 it is possible to observe a 7% decrease. Whereas, the consumption of direct consumers3 that joined before the market opening decreased by 17%.

Since direct consumers typically represent large-scale commercial entities, it appears that the decrease in consumption was indeed driven by the non-residential sector, which is likely to reflect hindered economic activity due to the coronavirus. Thus, until the crisis is over and economic activities resume at a regular pace, driven from the decline in the non-residential4 sector, a reduced demand for electricity is expected.

Such a reduction in demand from the non-residential sector may be expected to extend into the summer months, even if restrictions are lifted, since tourism is less likely to recover quickly. Expectations about the effects on residential and total demand, on the other hand, are less certain. While the rising temperature is likely to result in increased residential electricity consumption for cooling purposes, it is unclear whether the usage will be as high as in the past, due to:

• The worsened economic conditions of households;

• The fact that some electricity demand might have derived from unrecorded tourism-related consumption;

• The governmental initiative to subsidize electricity for households that consume 200 kWh or less in March, April, and May might incentivize more efficient electricity usage, and thus contribute to reduced consumption. The initiative may also change consumers’ longer-term behavior by encouraging an efficient use of electricity.

Overall, we expect that even a seasonal increase in residential consumption – should it materialize – will not be enough to offset the decreased demand from the non-residential sector. Therefore, our expectation is that for the months to come the total demand for electricity will remain lower than in recent years.

In March 2020, Georgian power plants decreased generation by 11% compared to March 2019. The decrease in electricity supply is derived from a significant drop in thermal power generation, reflecting cheaper electricity imports. One might expect even cheaper imports in the following months due to the current worldwide recession. Specifically, decreased economic activities in Russia and Azerbaijan, alongside an accompanying slump in electricity demand, is likely to be reflected in a power surplus and reduced electricity prices.

Cheaper fuel and gas prices worldwide might have unfavorable long-term implications for the development of renewable energy sources in Georgia (the main domestic sources of electricity); thus, negatively affecting the viability and competitiveness of future renewable energy projects and leading to weakened investment in renewable energy. There are two main reasons for this: 1) the Georgian government might prefer to guarantee (declining) gas prices for TPPs,5 rather than the fixed prices defined for renewable energy projects in purchasing power agreements (PPAs) for plants to be built; 2) even for existing plants, the PPA price guarantees might face the risk of being delayed or suspended. Consequently, potential project developers might reconsider any plans to invest in the Georgian energy markets.

This grim picture is becoming more likely amid the COVID-19-induced recession. In response, the prime minister declared that the Georgian government is to expand its financial liabilities by approximately 1.5 billion dollars in order to launch an economic stimulus package. The package is expected to increase the debt-to-total gross domestic product (GDP) ratio to almost 50%,  up from the 41.1% estimated by the Ministry of Finance for the last quarter of 2019.6 The PPAs, as highlighted in the latest International Monetary Fund (IMF) report, could also contribute to further deterioration of the public budget.

Even discounting changes in governmental policy towards renewable energy generation, due to the potential difficulties in accessing technical, human, and financial resources, COVID-19 can be expected to have adverse economic implications for investors at every stage of project development. In particular, funding investments and operational costs, as well as performing on schedule, might be hindered by lockdowns, closed borders, a slow reopening of the economy, and a sluggish recovery from the crisis.

The economic implications of delayed and suspended investments in the energy sector are unlikely to be negligible and will potentially be long-lasting. This therefore reflects decreased competition in the generation sector (with potentially negative effects on the efficiency of the upcoming electricity market); greater persistency of the generation-consumption gap (with negative implications for Georgia’s energy security); and forgone (positive) spillover effects, such as opportunities for increased employment, infrastructural development, improved technology, know-how dissemination, etc. Moreover, if this scenario were to materialize, it is hard to predict when investors would regain confidence in the Georgian investment environment.

Considering these variables, the Georgian energy sector will not emerge unscathed from the COVID-19 crisis. The pandemic has already started to impact both sides of the market and is expected to lead to deterioration in the investment climate. Such problems are expected to have negative longer-term economic implications that are currently hard to quantify. Hopefully, as a result of the government stimulus, the recovery of the economy will be accelerated, with equally positive consequences on the power market. It is, nevertheless, advisable that the government – once the most pressing socio-economic challenges have been addressed – assesses the evolution of the power market and, if necessary, puts in place targeted interventions to minimize the disruptions and accelerate the recovery of this imperative sector of the Georgian economy.

1 Energo-Pro Georgia acquired Kakheti Energy Distribution in September 2017.
2 As they were customers of these distribution companies in March 2019.
3 Those that operated on the market in both March 2019 and 2020.
4 This is represented by the largest share in total consumption from distribution companies between 2012-2018, according to the GNERC 2018 annual report.
5 Thermal power plants are paying the GEL equivalent of $143 per thousand cubic meters of gas.
6 According to a rough estimation of the ISET-PI Macro-Policy Research Center, by the end of 2020, the share of total government debt to GDP ratio will be 47% under two assumptions: 1) The debt will increase by 1.5 billion dollars for the end of 2020; 2) Nominal GDP will increase by 2% (of which -4% is the real GDP growth suggested by the IMF and the government and the inflation projection of +6% is forecast in an ISET Policy Note).