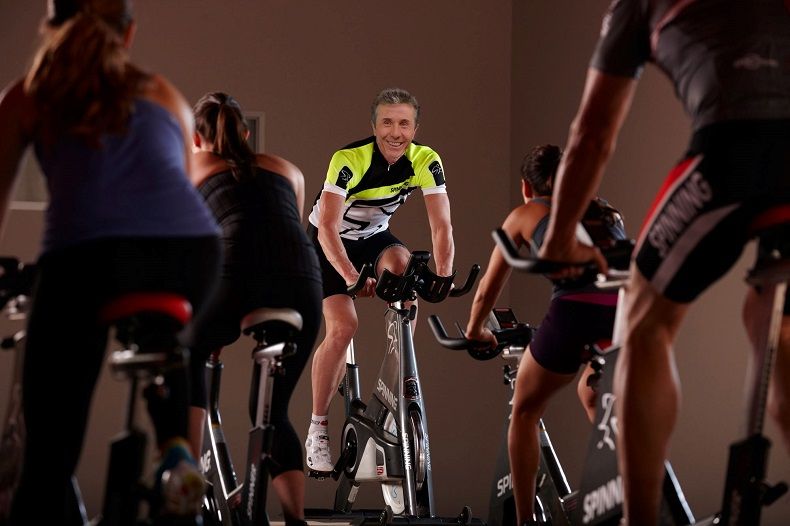 Once dubbed Georgia's Abu Ghraib, Gldani Prison #8 has gone through a substantial makeover since its darkest hours in September 2012. The entire staff was replaced or retrained during 2013, swiftly and effectively ending human right violations. The following year, the prison won a prestigious award as Georgia’s best correctional facility. In 2015, about 180ha in the prison’s backyard became home to Bitfury, an international bitcoin industry pioneer. The company invested close to $100mln in its Gldani data center, placing the prison at the epicenter of the global bitcoin market. And since the beginning of 2017, the prison’s 4,000 inmates have been participating in a pilot project to mint FitCoins, a new type of cryptocurrency that does not compete for global energy resources. Divided into groups of twenty, Gldani inmates take turns at specially equipped FitCoin bikes, earning coins, building muscles, and strengthening their cardiovascular systems.

Welcome to the FitCoin revolution!

NECESSITY IS THE MOTHER OF INVENTION

FitCoin was born out of an urgent necessity to find an alternative to the energy-guzzling bitcoin mining technology. With both of its centers up and running in 2016, Bitfury has become one of the largest electricity consumers in Georgia. At about 25-30 million kW/h per month, Bitfury alone consumed 5 times more energy than Tbilisi Metro, and twice more than Georgian Railways. The bitcoin rush that Georgia experienced in 2016 and 2017 added to the country’s total energy consumption a staggering 4-5% per year, outstripping supply and putting upward pressure on electricity prices.

To remain competitive, Bitfury successfully invested in R&D to reduce the cost of mining. Its 16nm ASIC chip and the full-immersion cooling technology have become the industry standards in recent years. The next step was to establish a new datacenter in Iceland, taking advantage of local weather conditions and renewable energy resources.

In the end, however, neither Iceland’s climate nor improved technologies could address the fundamental problem: the “proof-of-work” algorithm at the heart of current cryptocurrency mining methods is inherently unsustainable. Already today, as reported by Digieconomist, the global bitcoin network’s total energy consumption ranks it 45th in the world, ahead of such countries as Greece and Israel. And with more and more people running power-hungry machines, the total energy consumption of bitcoin miners around the world will grow to truly fabulous proportions.

Valery Vavilov, BitFury’s visionary CEO, was among the first to see what’s coming. “I am a strong believer in the Blockchain technology. If mainstreamed and actively supported by regulators, it has the potential to secure assets and greatly reduce transaction costs. Yet, I also understand that the network cannot be sustained. Many of our competitors are working on energy efficient algorithms, like proof-of-stake, yet none of these have fully proven themselves. We decided to take an altogether different approach…”.

FROM MINING TO SPINNING

Vavilov’s eureka moment came in fall 2015, when he traveled to England in order to attend the eighth Rugby World Cup. In their last match, the Georgian Lelos defeated Namibia 17–16, securing their qualification for the next Rugby World Cup. “About 10 minutes into the second half”, tells Vavilov, “the Georgian captain Mamuka Gorgodze cut through Namibia’s defenses and scored an unbelievable try. At the sight of Gorgodze’s imposing physique, a light bulb went on over my head: mining should not be left to the computers!" 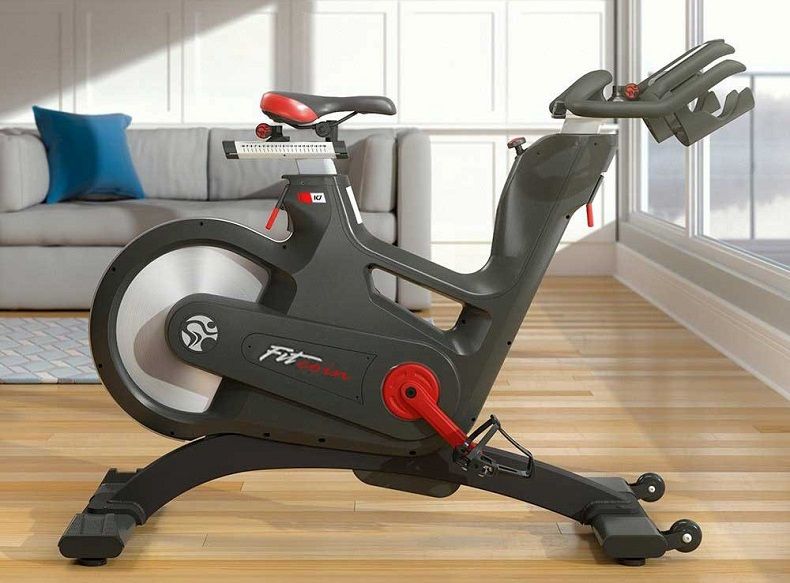 Having worked through different scenarios, Vavilov concluded that, by spinning a specially designed fitness bike, humans would be able to directly activate a physical device generating random numbers. To avoid cheating, each spinner will be biometrically identified by the network. Once one of the spinners produces the right value (“key”) for a new block, her device will inform the rest of the network via Internet. Other spinners will verify and accept this block, and then discard whatever block they had been working on themselves. The lucky spinner will get rewarded with a fixed amount of coins. The cycle will then start again.

The logic of spinning did not have to be any different from that of traditional mining. The FitCoin protocol would adjust the effectiveness of spinning to ensure that all spinners in the network only produce one valid block every 10 minutes on average. Just like in a lottery in which players are allowed to buy multiple tickets, spinners will be riding at the top of their ability because the number of keys generated by their spinning bikes per second will be proportionate to their effort (the spinning speed and difficulty level).

Having re-programmed the Bitcoin proof-of-work protocol for FitCoin’s needs, Vavilov approached LifeFitness, a leading equipment manufacturer, and GITA, Georgian government’s innovation hub, with a proposal to produce a prototype spinning bike. A few working models were 3-D printed and successful tested in June and July 2016 in cooperation with Snap and Aspria fitness centers in Tbilisi. Experimental production started in October on the premises of Georgia’s state arms manufacturer Delta, best known for exporting medical evacuation bicycles to Saudi Arabia.

In January 2017, the first 60 FitCoin spinning bikes were installed at Gldani’s Prison #8, providing 4,000 inmates with an opportunity to work on their fitness and earn FitCoins. An average prisoner used the opportunity to spin about two hours per day, 260 days/year, investing about 500 calories/hour. By the end of 2017, the entire Gldani prison population invested close to 1bln calories, generating a little bit less than 100 FitCoins (10mln calories per FitCoin), reducing obesity and cutting the incidence of cardio-vascular deceases by a healthy 57%.

Given these impressive results, GCF and BitFury are rapidly expanding the FitBit network. This year, GCF agreed to finance the manufacturing of additional 1,000 spinning bikes so as to increase the number of spinners to more than 20,000, including the entire Georgian prisoner population, 10,000 fitness enthusiasts regularly visiting Georgia’s fitness clubs, and up to 3,000 professional rugby players and athletes. College and university students will be allowed to join the FitCoin network in 2019, to be followed by school pupils in 2020, and up to 1.5mln Georgian households in 2021 (see Table 1).

If all goes according to plan, the number of FitCoins generated by the Georgian network is expected to grow from about 100 in 2017 to almost 9,000 in 2021, exceeding Georgia’s bitcoin output in 2017. 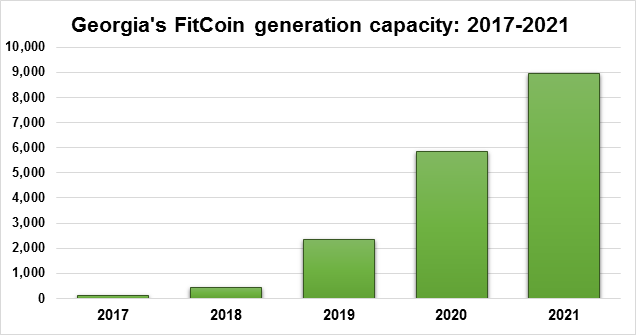 The FitCoin startup places Georgia at the heart of the global tech innovation. Summer spinning camps are planned already this year in Kakheti and other major touristic locations of the “FitCoin Nation”. These will bring together thousands of developers, as well as fitness and health enthusiasts from all over the world. To promote the message of sustainable development to much larger audiences, FitCoin virtual biking tours are designed by Ivanishvili’s Co-Investment Fund in cooperation with AMC Entertainment Inc., the largest actor in the American movie theater market.