The Economics of Great Personalities 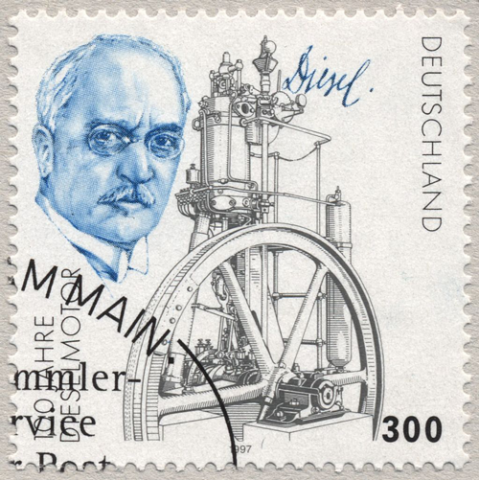 Some weeks ago, I was invited by a development bank to the Hotel Eden in Kvareli, Kakheti, where we discussed Georgia’s possibilities to develop economically. When we talked about the potential of the manufacturing sector, one of the attending bank employees said: “The problem is that Georgia does not have Rudolf Diesel and Nikolaus Otto.”

I think that there is some truth in this sentence, which one might alter so that it fits better to modern times: “The problem is that Georgia does not have a Mark Zuckerberg/Steve Jobs/Bill Gates/Larry Page” or, to remain in Eastern Europe, “Eugene Kaspersky.” Indeed, for a small country like Georgia, having just one great inventor who sets up their headquarters in Tbilisi would be a true game changer. Kaspersky makes annual revenues of about $700 million and employs about 3000 people, many of whom are highly-skilled (and highly-paid) specialists. If such an inventor, let us call him Kaspershvili, would start their business in Georgia, this would be even more relevant than for a huge country like Russia.

In the wake of the Kaspershvili Labs many other economic activities would emerge. Kaspershvili would demand services from other high-tech companies, some of which would be based in Tbilisi, and there would be positive spillovers to the rest of the economy. Many young Georgians would try to become excellent programmers in hope of finding a job with Kaspershvili, and this pool of highly qualified people would then attract other high-tech companies to set up their facilities in Tbilisi (local clustering is one of the characteristics of the high-tech industry – if one company sets up labs somewhere, other companies soon follow suit). Unfortunately, Eugene Kaspersky was born in Russia and not in Georgia.

Thought experiments of this kind can be made for other people who had great economic impact. For example, it is interesting to speculate about what had happened if James Watt, the inventor of the steam engine, would have been French and made his invention in France. The steam engine was crucial for industrialization, which in the wake of Watt’s invention originated in Britain, not in France. Possibly, economic history of the world would have taken a completely different course if the great personality James Watt would have been a Frenchman.

Yet surprisingly enough, the impact of individual personalities on the economic fortunes of a country are largely neglected in standard economic thought. To understand the implications of this negligence, historical science yields some interesting insights.

Traditionally, historians studied the lives of great people who were considered to have made a difference for humankind. In historical books from the 19th century, one will read a lot about Alexander the Great, Caesar, Charlemagne, and Napoleon. National Georgian history of that time would have focused on the lives of Queen Tamar, David the Builder, Erekle II, and Catherine the Great (the latter two being important for Georgian history even if not in a positive way).

However, in the early 20th century, history focusing on “great persons” started to become unfashionable. Inspired by Marx’s “historical materialism”, many historians began to see the course of history as a sequence of almost inevitable developments, brought about by the social and political conditions that prevailed in society, while the impact of individuals was diminished.

The most radical proponents of “historical determinism” would deny any historically significant impact of individuals whatsoever. If Alexander the Great would not have made his conquests, there would have been somebody else who would have taken Alexander’s role, leading essentially to the same historical outcome. Alexander’s military and political successes were not attributed to his personality but to the political weakness of the Asian empires, the technical and cultural superiority of the Greek world etc. Likewise, Erekle II had no choice but to sign the Treaty of Georgievsk – given the geostrategic squeeze Georgia was in, any other ruler would have done the same. Taking this view to the extreme, even the Nazis in Germany were just an inevitable outgrowth of a deep-rooted anti-Semitism in Germany, fueled by economic hardships and the perceived injustice of the Treaty of Versailles. Hitler’s personal contribution was negligible.

Yet people like Hitler and Stalin are clear-cut examples which, at least in my opinion, show that historical determinism is indefensible. Just considering Hitler’s influence on the course of the Second World War shows the importance of Hitler’s personal character traits. Several of his decisions, e.g. not to employ chemical weapons, were based on the experiences he made as a soldier in the First World War. Other decisions, like the militarily disastrous order for the 6th Army to hold out in Stalingrad and not to break through the lines of the Red Army, were rooted in his personal belief of racial superiority. Finally and most importantly, there is no reason to belief that every fascist leader of Germany would have been a genocidal anti-Semite. Mussolini, who was Hitler’s political idol during the 1920’s, disliked anti-Semitism, and many Jews played prominent roles in the Italian fascist party. If Hitler would have been a fascist of the Mussolini type, the Holocaust would not have occurred.

More closely related to Georgian history, to my mind it is clear that a Soviet leader as ruthless as Stalin was not a historical necessity. His years as a communist partisan in the Caucasus had been formative, shaping his view that being merciless and uncompromising is a recipe for success. If somebody else would have succeeded Lenin, that person would not have had the specific biography as Stalin and by all likelihood would have pursued entirely different policies.

This is not to say that economic and social conditions do not play a role at all. If Stalin or Hitler were born, say, to smallholder farmers in South Sudan, it is unlikely that these destructive characters would have had such dramatic impact on World history.

While most economists believe in markets, competition and the like, in one respect they are very much like Marx: they subscribe to the view that there are underlying economic laws that more or less alone determine the success of a society. If a society creates the right economic conditions, chooses the right policies etc., it will be inevitably successful.

What good economic policy can do, however, is to create conditions in which great personalities will unfold their talents. If Einstein was born to smallholder farmers in Ethiopia, it is unlikely that his great potential would have materialized. Georgia must make sure that all the Kaspershvilis, Einsteinshvilis, Dieselidzes and Gatesadzes that will be born in this country have a high probability to actualize their talent to the good of society. Schools and universities must inspire independent thought and not suppress it, education must be accessible to everybody, and the terrible nepotism that permeates Georgian society must be fought so that it will pay for people with exceptional ideas and talents to realize their potentials. However, all of this is just a necessary condition for economic success, not a sufficient one. Without great personalities in the first place, also the best politics will not help that much.

This sounds somewhat pessimistic, as the emergence of a great personality is a random event not under control of political decision makers. Yet as I have laid out in the first part of this article (“Economic Reflections in the Kakheti Mountains”, to be found on the ISET Economist Blog), it is far from clear that Georgia has structural advantages that will cause significant economic development just through good policy. In this situation, Georgia may still hope for great personalities. So, in my view, acknowledging the importance of great personalities for the economic fortune of a country rather fosters optimism, not pessimism.

Probably, there is one potential Kaspersky among every 100,000 babies, one Steve Jobs among every 200,000 babies, and one Einstein among every 1 million babies who are born. Georgia was home to many great personalities in the past, and one can be confident that there will be great Georgians also in future. Let us make sure that the conditions are right for these future geniuses to unfold their talents!