The Complexities Facing the Competition Authority 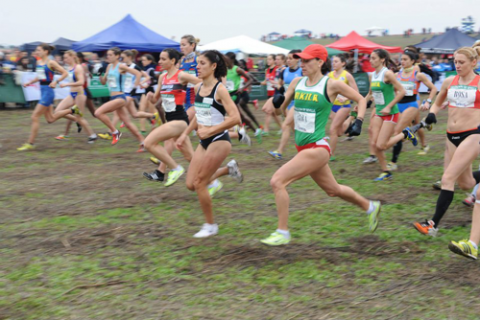 Economists disagree whether it was a good decision to reestablish the Georgian competition authority. When some years ago it was removed, the underlying logic was that a non-existing authority cannot be corrupt, and, more importantly, cannot harm the economy through misguided decisions. Assuming that corruption will not be a problem for the competition authority, neither now nor in the future, regulating markets is still a highly delicate issue which yields many possibilities to go wrong.

WHAT IS THE RELEVANT MARKET?

The common way to identify the relevant market is to look at cross-price elasticities. This cross-price elasticity says how much the price change for one product influences the demand for another product. For example, if the price for Toyota jeeps goes up, it might be that the demand for, say, Subaru jeeps will increase. This would be the case if from the points of view of the customers the two kinds of jeeps are substitutes to each other. If this effect is above a certain threshold, one may argue that Toyota jeeps and Subaru jeeps are sold in the same market, and define the relevant market to include all goods which have mutual cross-price elasticities above the threshold. In antitrust cases, armies of economists are employed both by companies and competition authorities to underpin their respective views of what the relevant market is.

As a case study, let us look at very relevant (and hotly debated) market, namely the fuel retail market. The advantage of this market for our analysis is that the world market prices of oil and fuel are known, and as all fuel sold in Georgia is imported, the markup of the Georgian retailers can be easily calculated. Moreover, the issue of the relevant market is not that relevant here, as fuel is a more or less homogeneous good for which few alternatives exist. For commodities which are actually produced and not just bought abroad, estimating the markup is more difficult, as one has to know the production cost. Eliciting collusion should be easier in this market than it is in others.

IS FUEL IN GEORGIA TOO EXPENSIVE?

Petrol and Diesel prices have always been a hot topic of discussion within the Georgian society, and the intensity has increased further when international oil prices have decreased to the lowest point of the decade. Many people ask whether fuel importers pass on the lower world market prices to the Georgian customers.

Fuel is paid in dollars, and while dollar prices for fuel were declining, the price of dollars in terms of lari soared. Both effects partly set off each other (see Figure 1), and with the lari depreciating, it would already be a de facto price reduction if fuel retail prices denoted in lari would remain the same.

In August 2014, the weighted average import cost of one liter of “regular petrol” (octane <95) was $0.79, and with an average exchange rate in that month of 1.73 lari per dollar the weighted average import cost per liter of fuel was 1.37 lari. Adding 0.15 lari excise tax we get to 1.52 lari. The value added tax (VAT) of 18% based on an average retail price of this kind of petrol of 2.1 lari is 0.32 lari per liter. Adding up everything, the import and tax costs in the price are 1.83 lari per liter and the price markup of the retailers, including operational costs, transportation within Georgia, and profit, is 0.28 lari.

It is very difficult to say whether or not 0.28 lari is a competitive markup or not. Not only are operational costs and transportation data of private businesses not publicly available, but also the competitive profit depends on the particular risks associated with retailing fuel in Georgia, which is somewhat a matter of opinion.

As the markup as such is not indicative of a lack of competition, alternatively one could consider whether price reductions on international markets are timely transmitted to the Georgian customers. Fuel retailers might be quick to pass on price increases to local buyers but take more time to transmit price reductions, a practice which is only feasible if they have market power.

Yet also this analysis does not yield a conclusive answer. Figure 2 shows the percentage changes of import prices, i.e. the prices that have to be paid for petrol “at the border” of Georgia, and compares it to the retail prices inside the country. Both prices are denoted in lari, so there is no exchange rate effect here.

While from summer 2014 onwards the import prices decline strongly, this price movement is transmitted to the domestic market in a delayed and less pronounced manner. However, in the last years one can also find situations where increases in border prices are not transmitted immediately and are similarly smoothened down, e.g. during the three price increases that occurred between the end of 2011 and the beginning of 2013. Apparently, fuel retailers smoothen external price changes in both directions. Hence, this data does not suggest that there is collusion going on, though of course, in a more serious analysis one would apply sophisticated econometric techniques to find out whether price increases and price declines are transmitted equally quickly.

On the one hand, these matters are so complicated and require so much expertise, and on the other hand wrong decisions can have long-lasting negative effects on the regulated sectors of the economy. Therefore, one might argue that a small country like Georgia should do without its own competition policy, just open its borders for imports and rely on the forces of free markets. If prices were considerably higher in Georgia then in the rest of the world, wouldn’t new companies enter the Georgian market importing the overpriced commodity?

The “small country argument”, however, goes in both directions. Because by international standards, Georgia is such a small market, even if prices are higher here than elsewhere, it would not necessary be profitable to start selling in Georgia. Take the example of salt (a commodity that played a role in the original decision to remove the competition authority). If salt was, say, 10% more expensive in Georgia than elsewhere, and this price difference was caused by a lack of competition among Georgian salt producers and importers, the revenue potential of selling salt in Georgia 10% cheaper may simply be negligible, so that no new salt sellers were attracted to enter the market.

As we illustrated, there are huge complexities that have to be tackled if one wants to show that the level of competition in a country is insufficient or that there is outright collusion between sellers. Even the most experienced competition agencies in fully developed countries, doing this job for many decades, often cannot provide conclusive evidence that companies illegally restrain competition. Expensive court cases, spanning over many years and increasing uncertainty and worsening the investment climate throughout all of this time, are typical results of interventions on part of the competition authorities.

Georgia’s new competition authority is well-advised to make decisions whether or not to become active in a highly conservative manner. There is a certain pressure on a newly founded institution to show its visibility by being proactive. Hopefully, the Georgian competition authority will resist this seduction.