Feb 17 Posted by Florian Biermann in Governance and Social Policy 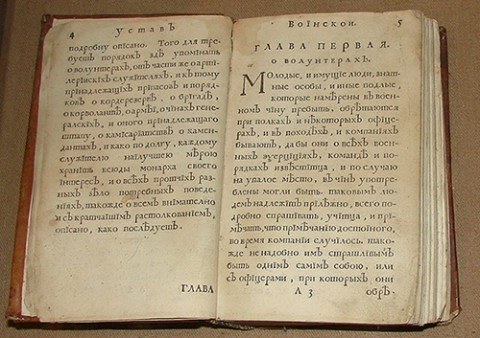 Regulations apparently address problems of a society in a quick and uncomplicated way, and the call for regulations therefore is one of the most effective weapons in the arsenal of populists. Whether or not a regulation will help to solve the problem, in any case it creates the impression that politicians are doing something. As regulations are so popular among political decision makers, the US Code of Federal Regulations, not including regulations on state level, in 2009 had 163,333 pages.

In this article we discuss the cost of regulations, an aspect that is sometimes not sufficiently considered, and in the next week we will speak about its advantages. Moreover, next week we will talk about a set of tools called Regulatory Impact Analysis that can help making the right regulatory decisions.

REGULATIONS HAVE A PRICE

Management theory provides a good analogy for illustrating the disadvantages of regulations. A smart manager knows about two evils: neglecting what is happening on lower hierarchy levels of an organization on the one hand, and the peril of micromanagement on the other hand. That negligence is dangerous is fairly obvious, but why is micromanagement problematic?

Managers often have a tendency towards giving very detailed descriptions of tasks, based on the assumption that they know best what to do and how to do it. Yet for an organization to work effectively, it is essential that employees are given a good deal of freedom and discretion. This has led to the idea of “goal-based management” which gives subordinate managers only directives about the goals that should be achieved but leaves it largely to the operational managers to decide how to achieve them.

An example for notorious negligence of this important principle is provided by the Red Army. The German military historian Karl-Heinz Frieser in a 2007 book (in German) tried to answer the interesting question why the Red Army still incurred so many casualties in a time when the German Wehrmacht was already in a disastrous state.

From 1943 onwards, the advantage of the Red Army over the Wehrmacht in terms of available resources (both soldiers and equipment) became increasingly overwhelming. Nevertheless, while pushing back the Germans towards the West, the Red Army still suffered from higher death tolls than the Wehrmacht. For example, in the Battle of the Seelow Hights, just 70 kilometers east of Berlin, the Red Army attacked the last German defensive position before Berlin with 1 million soldiers, 3,155 tanks, and 16,934 guns, while the Germans had only 100,000 soldiers, 512 tanks, and about 600 guns. Nevertheless, the Red Army lost 72,000 soldiers in that battle, while the Germans lost only 12,344.

Frieser explains this and many similar outcomes of battles by a difference in the organizational structure of the two armies. While the Red Army strictly adhered to the principle of command and obedience, the Wehrmacht had adopted the concept of mission-type tactics from its predecessor, the Prussian Army. Like goal-oriented management, mission-type tactics states goals but does not give exact prescriptions of how to achieve them. Friese claims that the Red Army could have avoided many of its victims if it would have given more authority to lower hierarchy levels to make discrete decisions. In the Red Army, unlike in the Wehrmacht, any autonomous behavior of commanders was considered to be insubordination.

The reason why goal-based management works so well is pretty straightforward. Those on higher levels see the big picture, but they do not know about the many small but important details that comprise an operation. Regarding these details, those directly involved with an operation are much better informed, and they may also be more experienced in solving those specific problems.

Both reasons directly carry over to the question of how much a society should be regulated.

If one subscribes to the view that the goal of a society is to foster the well-being of its members, it is dangerous to micromanage a society for the very same reasons as this is dangerous in an organization. People are usually the best experts on what should be done for improving their own well-being. As the government, due to a lack of information, is rather clumsy in fostering the happiness of individuals, it should not unnecessarily restrict its citizens in pursuing their goals. Regulations are only improvements in cases where agents, if left alone, get into conflicts or fail to coordinate.

The principle that the members of a society know best what is good for them is reflected in economics by the important principle of methodological individualism. According to this tenet, any economic argument should be derived from the preferences and motivations of the individuals in the society, as individuals know best what maximizes their well-being.

Georgia is a country with a rather parsimonious regulatory framework. In Georgia, people are allowed to pursue their goals without massive interference from the government. Looking at obvious problems like the breakneck car traffic in Tbilisi, there may even be too little regulations in some areas.

In our follow-up article next week, we will discuss how politicians should to decide whether a regulation should be enacted or not.