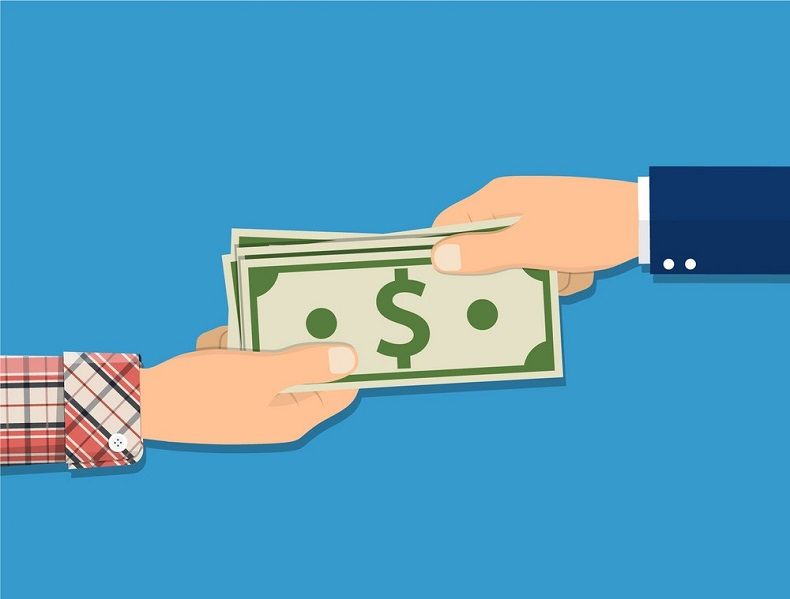 High and rising levels of foreign currency indebtedness have been an important topic in Georgia over the past several years. To address this issue and protect borrowers from currency risks, the National Bank of Georgia (NBG), as well as the Georgian Government have implemented regulations to hinder excess indebtedness. Let’s have a look at the timeline (Figure 1) of recent lending regulations and the accompanying monetary policy measures and observe their impact on changing lending patterns in the Georgian economy.

In the same period, on January 17th 2017, the Georgian government, with the support of NBG, implemented a one-time loan larization program. For a period of two months, citizens of Georgia had the opportunity to apply to any commercial bank and convert foreign currency-denominated bank loans to GEL at preferential terms. The borrower was exempt from any additional costs, including early repayment fee and property registration fees. Under the program, nearly 80 million USD (78,659,017 USD), from 5,617 bank loans was converted to GEL2.

In addition to moving towards larization, NBG changed the monetary policy rate three times in 2017 and increased it from 6.5% to 7.25% throughout the year.

In 2018, since household lending continued at a high pace, NBG was concerned that the associated risks could harm the sustainable development of the financial sector. For this reason, the President of the National Bank of Georgia amended the "Regulation on the Concentration of Credit and Large Risks in Commercial Banks” to protect consumer interests and promote a healthy credit portfolio in commercial banks. According to the amendment, from May 2018 commercial banks face certain restrictions on issuing loans without full-fledged analysis of the customer’s solvency. Additionally, among other constraints, Loan to Value Ratio on real estate loans was restricted so as not to exceed 50%3.

In June 2018, NBG decreased the monetary policy rate from 7.25% to 7.0% and maintained this level until the end of the year.

In December 2018, the National Bank of Georgia approved a regulation on responsible lending practices to individuals. The purpose of this regulation was to support the stable functioning of the Georgian financial system and encourage healthy lending. According to the basic principle of the regulation, a financial institution should not impose upon a person a loan or other obligation without examining the person's solvency4. The regulation came into force on January 1, 2019 and more specifically requires extensive analysis of the borrower’s, co-borrower’s, and collateral owner’s solvency. The regulation also specifies that the difference between the debtor’s net income and the monthly repayment on total obligations must be higher than the subsistence minimum set by the National Statistics Office of Georgia5.

In January 2019, the threshold for lending in foreign currency was increased to 200,000 GEL. This time the restriction was extended to legal entities as well.  The president of NBG believed that this step would further increase the larization level in Georgia.

The monetary policy rate changed from 7.0% to 9.0% at the end of 2019. In January 2019, NBG decreased the monetary policy rate from 7.0% to 6.75%, followed by a further decrease in March 2019 to 6.5%, which remained until September 2019, even though the inflation rate was already well above the targeted level (see further details below). In September, the policy rate was increased twice, reaching 7.5%. However, this increase was not enough to curb increasing inflation, therefore NBG decided to increase the monetary policy rate further by 1 percentage point, from 7.5% to 8.5% and later to 9.0% in December 2019. In October, stricter monetary policy was accompanied by lowering minimum foreign currency reserve requirements from a mandatory 30% to 25% to further decrease inflationary pressure on the exchange rate. In the case of a reduction in reserve requirements, one should expect interest rates on foreign currency loans to become cheaper for borrowers, which decreases the competitiveness of loans in national currency on the market.

So what changes could be observed in lending patterns after all these regulatory and monetary policy changes?

The first phase of larization that came into force on January 1, 2017 significantly increased the annual growth of total loans issued in the national currency (GEL) and reduced the growth rate of total loans issued in foreign currencies. The stricter collateral requirements which followed in May 2018 led to the reduction of year-over-year growth of GEL-denominated total loans, which was further reduced by new regulations on responsible lending practices starting from January 1, 2019 (Graph 2). At the same time, the second phase of larization policies came into force (increasing the foreign currency lending threshold to 200,000 GEL, this time applying to both individuals and legal entities) that reduced the foreign currency-denominated total debt growth in the economy.

The main driver of this change in borrowing patterns was the growth reduction of household loans issued in FC. It decreased from 23.4% in January 2019 to -3.8% in December 2019 (Graph 3). The reduction in growth of household loans issued in FC was mainly due to a decrease in mortgages after January 2019 when the new regulations on responsible lending practices came into force along further expansion of the larization policy. The growth rate of foreign currency-denominated mortgage loans decreased since that time and its contribution to the overall year-over-year growth of household loans dropped from 21% in January 2019 to -6% by the end of the period (Graph 4).

Graph 4. Decomposition of YoY Growth of Household Loans (issued in FC) by Purpose

Extending the stricter de-dollarization policy to legal entities seems to have had little effect on the annual growth of foreign currency-denominated loans issued to legal persons. After the sharp decrease to 7% from January to April 2019, legal entity loans in FC started accelerating from May 2019 and reached 20.30% in December 2019 (Graph 5). That was mainly driven by business loans (Graph 6).  This increase was due to switching to foreign loans issued in euros. The share of euro-denominated LE business loans in total flow of FC loans shows an increasing pattern starting from March 2018 (2.8%) reaching 30.19% in December 2019.

These changes will be transmitted to the money market through increased short-term interest rates initially, and later through long-term interest rates. Increased interest rates limit the availability of credits; therefore one needs to consider the recent changes in the monetary policy rate while explaining borrowing patterns in local currency. The overall impact of the stricter monetary policy that has been implemented is yet to come but there is already evidence of increased interest rates on household loans in GEL, in particular on mortgage and consumer loans showing an increase starting in Q3 2019 (Graph 8).

Recent monetary policy measures and lending regulations seem to have a significant effect on household lending patterns, as they show a sharp increase in the growth of loans issued in GEL, which was later reduced by imposing responsible lending practices. However, there is a moderate effect for legal entities (mainly after further increasing larization policy), since the growth of foreign currency loans maintains an increasing trend mainly due to switching to Euro loans. The Georgian Government, along with the National Bank of Georgia, are contemplating relaxing the larization policy by decreasing the foreign currency lending threshold back to 100,000 GEL. It would be interesting to further observe how this possible relief affects lending patterns, along with the increased monetary policy rate and reduced minimum foreign currency reserve requirements.