Pursuing Real Growth: The Importance of This Year’s Nobel Memorial Prize in Economic Sciences for the Planet and for Us 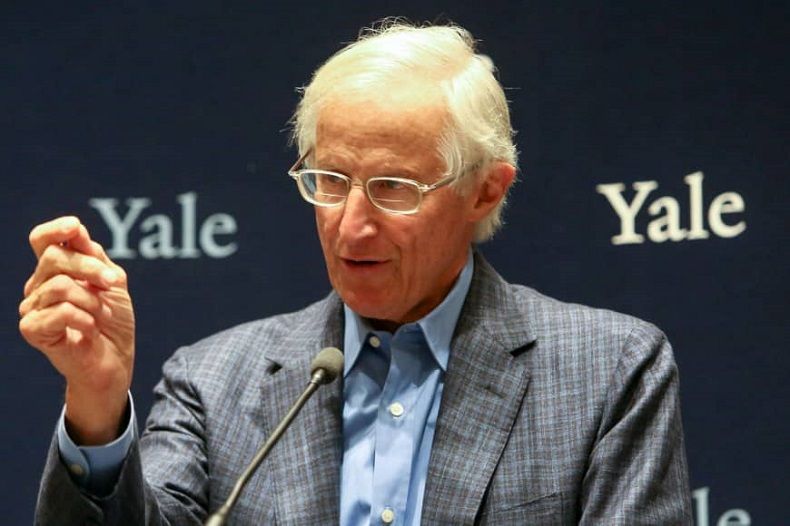 This year has plagued a number of countries with tremendous natural disasters and extreme weather events. Greece was challenged with extensive fires and South Africa with a shortage of water. As late as November this year, the US was still struggling to tame forest fires. Something is certainly happening with the climate. These problems arise from society only been concerned with growth. The issue is that for far too long we have been assuming that economic growth has no impact on the climate and, more generally, on nature. It is especially concerning that we have had this point of view when nature provides services of a value of approximately US$ 125 trillion a year according to the 2018 Living Planet Report by WWF. However, this year’s Nobel laureate1 William Nordhaus proves the importance of considering climate change as a factor that effects economic growth. The foremost reason he was awarded this prestigious prize is his ability to incorporate climate change into long-run macroeconomic analysis. The focal point of this article centrers on how Nordhaus considers climate change in his models and his suggestion as to which economic instruments countries could potentially use to combat CO2-emissions while pursuing real economic growth. Before diving into that, we need to go back to the very foundation of Nordhaus’s research, the origin of the neoclassical growth theory.

THE FOUNDATION OF NORDHAUS’S MODEL

The Solow neoclassical growth model, in a nutshell, investigates how capital accumulation and economic growth are interrelated. It also examines the relationship between long-run living standards and fundamental factors such as, for example, saving rate and population growth. Additionally, it reflects on the evolution of economic growth rate over time, indicating whether growth will stabilize, accelerate or stop. Growth, according to Solow, derives from putting more capital and labor into the equation, with an economy reaching a steady-state level when product and capital per worker stabilize and the economy grows only insofar as the population grows (or technological progress occurs). Perhaps the most important drawback of the Solow model is that it does not account for frictions or limitations along a path of continuous economic development, nor for productive factors other than labor and capital. Nordhaus points out the existence of a market failure associated with negative externalities (additional effects generated from the actions of economic agents who ignore them when deciding how to behave) arising from greenhouse gas emissions and negatively affecting the climate. Individual polluters consider the emission levels they impose on society as having negligible impacts and, consequently, do not feel compelled to keep them under control. As a result, the global emissions from economic agents accumulate and put pressure on the global climate, which, in turn, can negatively affect economic growth. Nordhaus has worked to expand the Solow model so that it incorporates the relationship between global climate change and growth, allowing researchers to study how governmental policies could be employed to enhance long-term welfare. To expose the relations and interactions between the economy and climate change, he developed 3 sets of models.

Thanks to his endeavors of combining economic theory with the latest findings in natural science, Nordhaus has developed models that have an interdisciplinary outlook. The inclusion of natural sciences has been crucial, as his models are based on the carbon cycle in relation to fossil fuel burning.

One of his models looks closely at how the influx of global emittance of CO2 occurs and how its concentration affects the carbon reservoirs – the biosphere and ocean surface, the atmosphere, and the deep ocean. The other model is designated to study how CO2 as well as other GHG concentrations affect the energy balance between the atmosphere and Earth. To measure how the energy balance changes globally over time, the output is set to predict global temperature. Specifically, this model is quintessential for the scenarios developed by the UN Intergovernmental Panel on Climate Change. The Panel develops assessment reports containing scientific and socio-economic, as well as technical aspects. They also present which options the international community has to adapt and mitigate to a changing environment.

The icing on the climatic modelling cake is, of course, the economic-growth segment. What this model conceptualizes is the very essence of describing how the global market is effecting emission levels. It – the global market - does so by, for example, using fossil burning for energy use, seen in the model as one of the inputs (burning fossil fuels represent an activity that societies use to produce energy services). But fossil burning, seen as an externality-generating activity, generates CO2-emissions, thus having a negative impact on the long-run GDP growth. Other inputs, which were included in the Solow model as well, are labor and capital.

Perhaps a mitigating prevention (it depends on the success of the implementation of such a policy) Nordhaus adds yet another layer by exposing how CO2-emissions and the economy are affected by different climate policies such as carbon pricing. To be able to frame how CO2-emissions not only impact society but also how economic activities have a negative impact on CO2 pathways, Nordhaus uses outputs that expose time paths of global CO2-emissions and welfare, damages followed by climate change as well as GDP. The damage-parameter unfolds how much society actually loses due to global warming. It does so by exposing losses in farming, biodiversity, coastal regions and human health. This function is paramount in understanding how economic activities actually impact society, especially as the end result is a smaller share of the investment and consumption resource at hand. In short, Nordhaus’s economic models put a monetary value on damages caused by a changing climate. The models also show how much it would cost to prevent and repair such damages.

It is, of course, hard to predict in the long run the real consequences of global warming, but Nordhaus’s models invite us to at least try to encapsulate what might happen for the well-being of future generations if we choose a certain economic pathway today. Based on his models, governments could analyze what the monetary effect could be depending on what policy they implement. As a possible solution, Nordhaus suggests the establishment of an international target carbon price. The consensus of such carbon pricing could be established in a Climate Club where participating countries agree to undertake measures in reducing CO2-emissions. Participating countries could choose from three different mechanisms: carbon tax, cap-and-trade, or a combination of the two. To be able to participate in the Club, a minimum level of carbon price could be agreed upon – suggested at $25/ton CO2 - and a similar target goal should be set for other GHG substances. In case of non-compliance, countries should face significant penalties in terms of increased import tariffs on their goods, coming from Climate Club members. Tariffs should be set in a way that attract countries to become members of the Club.

According to the WorldBank (2018), 51 carbon pricing initiatives currently exist (or will be introduced) around the world. Out of these 51 initiatives, there are 25 emission trading systems (ETSs) and 26 national carbon tax schemes implemented or planned to be introduced. In 2018 alone, these instruments generated a value of US$ 82 billion. Unfortunately, the carbon-pricing schemes currently in place or scheduled to be in place cover just about 20% of global emissions. As this number shows, we currently cannot compensate for the global emissions we encounter today, despite international legally binding treaties such as the UNFCCC’s Kyoto protocol. Perhaps this is a consequence of the absence of major emitters that did not sign the Kyoto agreement. Since, at least currently, we cannot seem to curtail global emissions effectively, we need to further elaborate Nordhaus’s models and understand how different policies effect the economic growth taking natural resources into consideration. Moreover, we need to make sure that the world population and world politicians finally understand that ignoring the negative long-term effects of environmentally irresponsible economic policies is a myopic and self-defeating strategy that is already negatively affecting economic growth and human well-being.

1 This year the Nobel Memorial Prize in Economic Sciences was divided between William Nordhaus and Paul Romer.