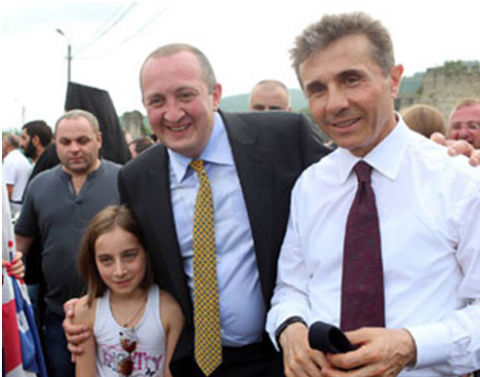 A little-known experiment launched in 2009 is about to revolutionize Georgia’s countryside. “Teach for Georgia (TG)” [1] is a small program administered by the National Center for Teachers’ Professional Development, seeking to stream new blood into the public education system. With a tiny annual budget of 212,000 GEL, TG was initially conceived as a publically funded “startup”, an attempt to think and act out-of-the box. Though starting small and mainly focusing on schools in remote mountain communities, TG has always been seen as potentially the Next Big Thing in Georgia’s faltering education system.

In essence, TG provides an alternative approach to teacher recruitment and training. An approach rooted in the observation that Georgia’s pedagogical universities are unable to attract young talent, becoming, instead, a refuge for students achieving the lowest scores on the national student examination test. An alternative, provided by TG, is to target university graduates and mid-career professionals who consider retiring or taking a break from their daily routines. Individuals carefully selected from a large pool of candidates (almost 300 in 2015) go through intensive pedagogical training organized by TG and get placed as teachers in remote and often desperate communities in the Georgian highlands. TG offers decent compensation (up to 1000GEL/month for teaching in isolated mountain locations). Far more importantly, however, it helps people find or redefine their purpose in life. Over the past 5 years, almost 550 TG teachers have gone on to serve in villages and small towns from Svaneti and Ajara to Racha and Samtskhe-Javakheti, serving as role models, teachers and community leaders.

Given TG’s phenomenal success, its budget was quadrupled by the Georgian Dream administration from about 500,000 GEL in 2012 to more than 2.1mln GEL in 2015. But a true revolution is lying ahead. With Cartu-International Charity Foundation and the Open Society Institute (OSI) of the Soros Foundation agreeing to invest 3.2bln USD in TG’s national rollout over the next five years ($0.8bln in 2016 and $0.6bln in 2017-2020), the program will go on record as the most successful education-focused startup in Eastern European history. A joint statement issued this morning (April 1, 2015) by President Margvelashvili and Bidzina Ivanishvili’s Cartu-International Charity Foundation unveils the principal elements of a “deep and comprehensive” reform to be implemented in Georgia’s public schooling system already next year.

Tamar Sanikidze, Georgia’s current Minister Education and Science (MES) did not hide her excitement with the Teach for Georgia initiative in a follow up interview with ISET Policy Institute’s Nino Doghonadze: “our education system has reached a point of no return”, she said, “what we need is a completely new approach, not more of the same pro form a quality assurance and teacher-training-curricula-reform type of medicine. This is like beating a dead horse. We need new blood. And this is mainly about two things: prestige and compensation.”

A most revealing commentary was offered by Manana Panchulidze, a teacher with the village school in Dzevri (Imereti). “I have to wake up at 5am every morning to milk my two cows and cook for the family. My hands are full with house chores and farming. The ministry [of education] is coming up with new requirement and textbooks almost every year, but I have no time to prepare for classes, let alone learn anything new. At Dzevri we have one American Peace Corp volunteer, Alison Swanson. Why there are no Georgian volunteers? I think that children in our village deserve better.”

Lexo Kochlashvili, senior financial analyst with the Georgian Railways, was excited by the opportunity offered by TG. “This is an amazing initiative. I’ve just turned 46, and the thought of spending the rest of my life doing spreadsheet analysis is rather depressing. Our children have grown up. The son, Goga, is studying in Germany. Taso, our daughter, is a lawyer with DLA Piper. My wife and I are still full of energy, so why not try something else. Our family is originally from Kakheti, and so we thought of doing a few years in our ancestral village, teaching and helping with local administration. I am sure the Georgian Railways will find somebody else to do my job.”

“The apple doesn’t fall far from the tree”, a famous saying goes, “unless that tree is growing on top of a hill”. The education quality debate in Georgia is about apple trees growing not on top of a hill but in a deep hole, with little light and no way to escape. As we have previously written on these pages, “more than half of Georgia’s population – the urban poor and subsistence farmers – have their children trapped in extremely low quality public schools that fail to present them with an equal opportunity, let alone prepare them for the 21st century knowledge economy”. For this reason, Georgia should be extremely grateful to Messrs. Ivanishvili and Margvelashvili for magnanimously setting aside their personal differences and offering the Georgian people a unique opportunity to break out of the vicious circle of poverty and inequality.