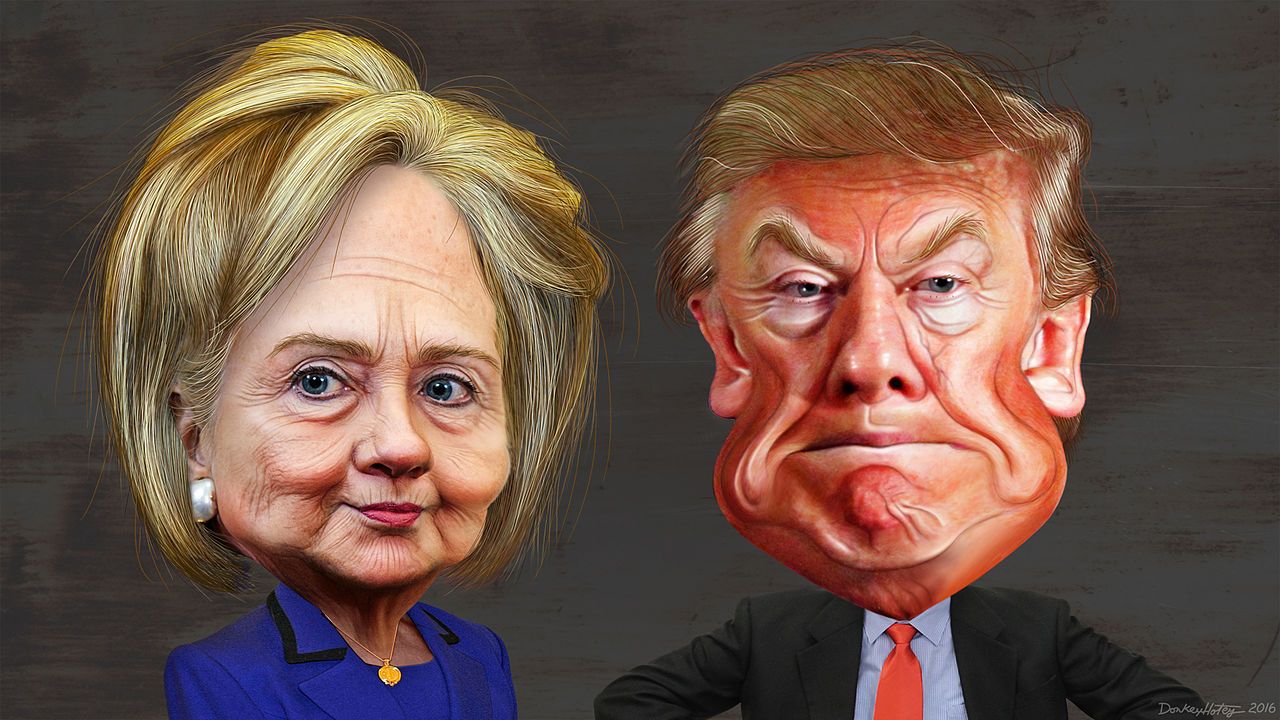 Forecasters, professionals and amateurs alike, all got it wrong. The Brexit came as a surprise because the bookmakers (people who organize bets on developments in politics, economics, and sports) reported that about three times more money was put on the event that Britain would stay in the EU than on its alternative. With poll results being inconclusive in the weeks before the referendum, this led many pundits to believe that Britain would stay in the EU.

Also in the United States, the predictors were dramatically embarrassed when Donald Trump prevailed in the primary elections and finally became the Republican presidential nominee. With virtually all of the Republican Party united against Trump, this seemed to be a highly unlikely course of events. Future consternations cannot be ruled out, as Hillary Clinton, who in the polls retains an edge of just a few percentage points, cannot yet claim sure victory. Even Professor Alan Lichtman from the American University in Washington, who accurately predicted the winner of the eight US Presidential Elections since 1984, is perplexed this time: his model, based on 13 parameters of the candidates, the parties, and the economy, fails to give an answer!

Earlier than in the United States, Georgia will have its elections already next week, and the outcome is all but clear. The National Democratic Institute (NDI), arguably the most professional and independent of the pollsters operating in Georgia, conducted its last vote count in June. In that survey, the incumbent Georgian Dream scored 19%, while the closest competitor, the United National Movement, received 15% of the votes. However, there is lots of uncertainty, as these results are quite old, and there was a group of 57% of the voters who intended to vote but had not yet decided to whom they would give their support. How these 57% finally made up their minds is of utmost relevance for the election outcome.

If pollsters and bookmakers cannot be trusted anymore, and if political situations are so muddled that they become unpredictable, are there any trustworthy predictors left? For the US Presidential Elections, some interesting suggestions were made. For example, if the Summer Olympics preceding the election were hosted by a country that had already hosted the Summer Olympics before, then the incumbent party would win the election, while otherwise the incumbent party would lose. This rule correctly predicted 13 out of 14 election results since 1960. In 2016, the Summer Olympics took place in Brazil, which hosted the Olympic Games for the first time. Thus, Donald Trump will become the 45th President of the United States…

One might think that people reward a government that provides new jobs, generates income and growth, and punish otherwise. Indeed, this is a hypothesis that has been tested in countless academic articles looking at various countries and elections. Surprisingly, the empirical evidence is all but clear (see, for example, the early survey by William Levernier, published in Public Choice 74, 1992). Sometimes, economically well-performing governments win, sometimes they get unelected. The lack of clear empirical correlations has led to various refinements of the research agenda, e.g., asking to whom voters attribute particular economic parameters like unemployment and inflation, eliciting whether they have a long or a short memory, and the like. In a study focusing on twenty-five Turkish parliamentary elections, Akarca and Tansel (Public Choice 129, 2006) write that “Turkish voters are found to take government’s economic performance into account but not look back beyond one year. Furthermore, they are found to hold the major incumbent party responsible for both growth and inflation but minor incumbent parties only for inflation.”

Despite a lack of conclusive empirical evidence, politicians seem to believe that economics does matter. In election years, governments tend to stimulate the economy in various ways, often through construction and infrastructure projects, which, besides increasing incomes and reducing unemployment, are also very visible and bear witness for the government’s striving and success. Pioneered by the US economist William Nordhaus in the 1970’s, such “political business cycles” have been found in countries all around the world. Agmashenebeli Street in central Tbilisi illustrates that such considerations may play a role also in Georgian politics. The first part of the street was beautified and embellished by Saakashvili, who completed this task in the election year 2012. The second part of the street was overhauled by the current government, which just recently celebrated this achievement with a great party.

WHO WILL WIN THE ELECTION?

For several years, ISET publishes the Consumer Confidence Index (CCI) in Georgia. The CCI, which is calculated on a monthly basis by calling 300 randomly chosen Georgians, is derived from the respondents’ answers to questions on their personal and the country’s current and future economic well-being (details are available on the CCI webpage of ISET-PI, which can easily be found online). CCI data, generated with the same methodology, exist for many countries, reaching back into the past 30 years and longer. Hardouvelis and Thomakos (working paper, 2008) analyze the CCIs of 15 European countries, with the earliest data series beginning in 1985, and look for patterns in consumer confidence around elections dates. There are some interesting insights they derive from this exercise, and the reader may want to compare their findings with the Georgian CCI graph printed with this article.

Hardouvelis and Thomakos discover that in the 12 months before an election, in the 15 countries included in the study, consumer confidence rises on average by about 5 points. In Georgia, it rose much stronger, namely from -36.2 in October 2015 to -15.7 in September 2016. Hence, an effect that can be found with very high statistical significance in many countries, namely that the CCI increases in the months preceding an election, can be very clearly observed in Georgia, but even stronger than elsewhere.

Given these findings, what election result do Georgian CCI dynamics predict? We leave it to our readers to give their own answers to this question. Indeed, one can read the graph very differently, depending on whether one thinks that CCI was already on a “relatively high level” seven months ago, or whether one rather sees a very steep and abrupt increase in the CCI in the last months.

As economists, we know that reading a graph resembles reading tea leaves.