On Innovation, Coffeehouses and Georgian Supras 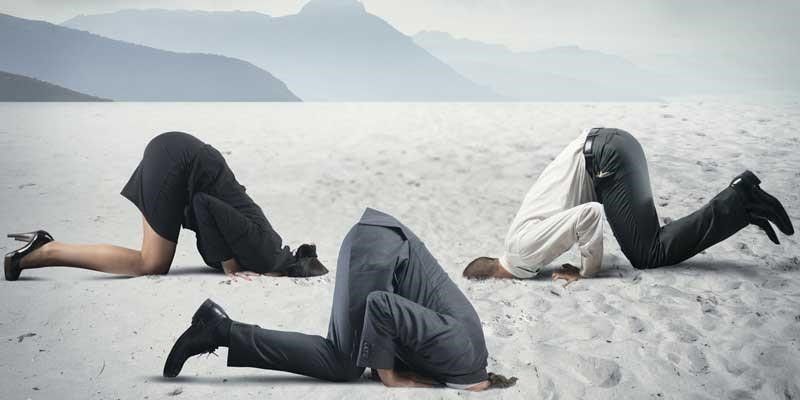 According to Steve Johnson (a popular American science writer and media theorist, the author of Where Good Ideas Come From), coffee and coffeehouses were a significant contributor to Europe’s scientific and industrial revolution. The first coffeehouses opened in London in 1650, and quickly mushroomed all over Europe. The coffeehouse had two major positive effects. First, it provided a healthy alternative to water (heavily contaminated) and alcohol (heavily abused at the time). And, second, as more and more intellectuals switched to coffee, the coffeehouse offered a great space to enjoy sober (and, presumably also sober-minded) exchanges of ideas. Meetings between people from different social backgrounds and fields of expertise (e.g. artisans, travelers, merchants and scientists) provided strong stimuli for innovation, much of which, argues Johnson, is about connecting ideas from different and seemingly unrelated fields. For example, Johannes Gutenberg invented the printing press by using the wine press as an inspiration (even before the advent of coffeehouses!).

Institutions such as coffeehouses (or modern day bars) are a very important element of innovation systems in any society. Orhan Pamuk’s My Name Is Red describes how, back in 1623, coffeehouses were banned by the Ottoman rulers in Istanbul (where they flourished well before their European equivalents). This may well have been a factor – or a symptom – of the empire’s gradual decline.

THE GEORGIAN SUPRA: AN EXPRESSION OF GLUTTONY OR A MECHANISM OF KNOWLEDGE DIFFUSION?

How do Georgia’s institutions and cultural norms perform in terms of supporting knowledge diffusion and innovation? Do they make us smarter or not?

An interesting case in point is Georgia’s unique feasting tradition, the supra. Certainly not alcohol-free, the supra played a central role in forging the country’s national identity, affecting the ways in which knowledge and ideas traveled across the Georgian society.

Several aspects of the Georgian supra are worth highlighting. First of all, the manner in which the tamada (the head toastmaster) of the supra is selected and how he manages the supra has interesting managerial implications. One can safely bet that supras were effectively used as a “Georgia’s Got Talent” competition to discover (and train) future leaders. Second, the positive (flattering) nature of supra toastmaking may have played a role in overcoming frequent internal divides. Third, one should not neglect the educational (wisdom sharing) aspect of the classical supra toastmaking tradition.

Yet, over the last couple of decades, the Georgian supra may have been losing some of its ‘systemic’ qualities, becoming, instead, an occasion for over-indulgence in food and alcohol. As a result, modern day supras do not provide as much space for interesting conversations and ‘knowledge diffusion’. “Why is music so loud at Georgian supras?” asked Levan Gigineishivili, a professor at Ilia State University, on a recent TV show. “Maybe we have nothing to say to each other”, was his own answer.

KNOWLEDGE DIFFUSION: FACE-TO-FACE OR THROUGH THE INTERNET?

In today’s interconnected world, professional and personal exchanges can be greatly facilitated by social media and other means of distance communication. Though face-to-face meetings and physical proximity still matter for real friendship (and even its Facebook variety), some types of knowledge can be easily communicated and ‘diffused’ worldwide through the internet. Scientists and engineers can nowadays work on joint projects while sitting on different sides of the Atlantic (or Pacific, for the matter). This, in turn, has significantly accelerated the pace of technological change.

Still, not all types of knowledge can be effectively exchanged through the Internet. It is relatively easy to share ‘codified’ knowledge that can be written down in the form of books, articles or manuals. All it takes is attaching a file and pushing the send button. In contrast, one cannot write down and transmit an intuitive understanding of how a system (organization or society) works. This type of ‘non-codified’ (or tacit) knowledge can only be acquired through personal contact and experience.

The fact that physical proximity still matters for knowledge spillovers has been recently established by Laura Bottazzi and Giovanni Peri (Bocconi University and University of California-Davis, respectively). Bottazzi and Peri looked at data on patent applications and R&D expenditure (or employment) across Europe to establish the role of physical distance in knowledge diffusion. What they find is that positive knowledge spillovers are limited to regions located within 300km from each other.

Given Georgia’s modest size and many opportunities to socialize at weddings and funerals, Bottazzi and Peri’s findings suggest that we, Georgians, should not be facing any bottlenecks in knowledge diffusion. Moreover, most of us (certainly those young and educated) are spending a lot of time on Facebook, potentially making use of the latest advances in communication technology to share and learn from each other.

Yet, what is it that we are sharing and learning from each other? According to available data, the main discussion topics on Georgian social networks are sports, religion, politics and gossip. Of course, people also post and discuss their own pictures, gadgets they bought, as well as places they visited and dined at. These exchanges hardly play any role in real ‘knowledge diffusion’. Hardly any of them translate into new ideas or technologies.

AND WHAT ABOUT EDUCATION AND CRITICAL THINKING?

In addition to an adequate social milieu and institutions, such as coffeehouses, where ideas could be exchanged, innovation requires a serious investment in education. And this is an area where Georgia has seen very little progress after the almost complete collapse of all state institutions in the early years of independence. Georgian youth remain uninterested in science, as is clearly illustrated by the low rates of enrollment in natural and exact sciences. Moreover, Georgia’s general education and private tutoring systems are designed to get (at least some) children over the hurdle of national university entrance tests, not properly educate them or stimulate their interest in science and technology. Neither do our schools do a good job at encouraging intellectual curiosity and critical thinking (see our Outsmarting Laziness: The Most Evil Giant of All Giants).

We should also question the role of the most influential social institution in today’s Georgia, that of the Georgian church. Although the Georgian Patriarch Ilia II often speaks on the merits of analytical thinking, for many rank-and-file priests the teaching of Christianity implies indoctrination. People are taught not to question or critically examine what they learn in church. While it is hard to imagine how one can become a good physicist without questioning the laws of physics, these simple-minded servants of God apparently believe that one can be a good Christian without ever questioning anything Jesus said.

It is quite interesting how some other religions operate in the critical thinking and innovation department. For example, knowledge created by Buddhist monks is currently in great demand in many parts of Western Europe. There are numerous iPhone applications teaching people how to do yoga, how to engage in different types of meditation, or how to practice love and compassion. Furthermore, Buddhist monks cooperate with neuroscientists in an effort to advance our knowledge of the brain. Some results from this research have led to important changes in organizational practices. For instance, meditation has been introduced in many R&D institutions in order to encourage creativity and innovation performance.

The Georgian church certainly has the potential to become an agent of social change, particularly when it comes to education. It commands enormous respect and enviable financial resources, yet for the moment these resources are not put to good use. Georgian Patriarch Ilia II often says that a scientist is a friend of God and an illiterate person is a slave of God. In order for the new Georgian generation to be friends rather than slaves of God, we need better education and R&D systems. And, perhaps, not as many new churches and monasteries.