No Country for Wheat Trucks?!

Oct 22 Posted by David Zhorzholiani in Agricultural and Rural Policy 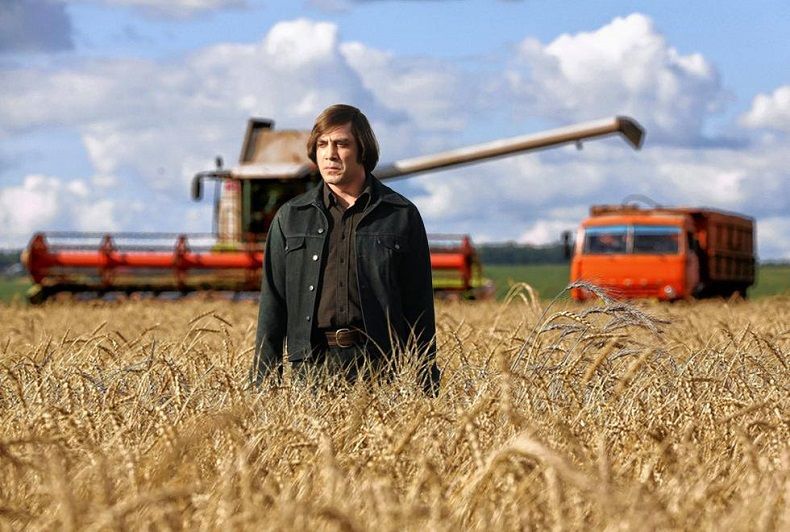 About two months ago, the Georgian government announced the introduction of restrictions on wheat imports and their transit by road transport. However, this idea was soon abandoned in the wake of a concerted backlash from a number of stakeholders (including small-scale wheat importers, truck drivers, and flour-milling plants that use road-imported wheat). The culmination of the subsequent protests saw one truck driver scale the roof of the building of Revenue Service’s customs clearance zone, pour gasoline and threaten to set himself on fire. In response, the Minister of Finance of Georgia announced that there would be a postponement of the suggested changes until October 2019.

This course of events is not surprising when one takes into account how sentimental Georgians are when it comes to any changes that might possibly affect bread prices: we consume an average of 300 grams of wheat products every day, and more than one-third of our dietary energy consumption comes from such products. The consumption of bread (and other wheat-products) is so deeply rooted in the national culture that Georgians have even coined a term Purmarili (meaning “feast”) that translates literally as “the bread and the salt”.

Although Georgians have cultivated numerous species of wheat (Asli, Dika, Doli, Iphkli, Khulogo, Makha, Zanduri, and others) since the Copper Age (c. 4500-3500 BC) and it is considered as one of the most important products from the perspective of food security, the country’s wheat production figures fall short of consumption. Among the 12 products for which the National Statistics Office of Georgia (GeoStat) reports national self-sufficiency ratios, wheat has the lowest figure (of 15% in 2017). Moreover, wheat is the number one agriculture product imported into the country (with annual imports valued at nearly 100 million USD in 2017).

It is thus important to discuss the rationale behind the proposed restrictions and to examine what the law would have held in store if it had been enforced (and indeed what will happen when it is enacted next year).

On 22 August 2018, the Minister of Finance of Georgia, Ivane Matchavariani, issued Order #314 that added a paragraph to Order #290 (issued on 26 July 2012) regarding ‘Instructions on the Movement and Signing of Goods in the Customs Area of Georgia’. According to the addition, movement of products with HS code 1001 (wheat and meslin) and sub-codes 1101 00 (wheat or meslin flour) in or out of the Georgian customs area would be allowed exclusively by railway and marine transport and, in some exceptional cases, after approval from the Ministry of the Finance of Georgia (MoF), also allowed by road transport.

The arguments both for and against the amendment are economic and socio-political. While a thorough analysis would be needed to account for all of the advantages and disadvantages of this regulation, here we briefly discuss a number of the potential benefits and costs.

As mentioned above, wheat is an important aspect of the food security agenda. It is recommended that the country should have at least a two-month supply of wheat in reserve, and a diversified import. Thus, Georgia should seek as many suppliers as it can in order to diminish the risk of a wheat shortage if a one particular supplier is gone. In recent years, Russia can be easily identified as the dominant importer of wheat and meslin to Georgia; however, the share of Russian imports fell below the 90% threshold in the second quarter of 2018 for the first time since the first quarter of 2015 (see Graph #1). The fact that Georgia has a land border with its northern neighbor gives Russian wheat a comparative advantage in road transport compared to other wheat-importer countries. However, this picture is changing. For instance, after the Baku-Tbilisi-Kars Railway became operational at the end of October 2017, Kazakhstan became connected to the Caucasus transport corridor via Aktau Port on the Caspian Sea – which seems promising in terms of starting wheat import diversification in Georgia. Georgian Railway even lists the transportation of grains from Kazakhstan to Turkey in their list of main ongoing or expected development projects. Statistics show that in the first half of 2018 Georgian Railway transported approximately 260,000 metric tons of grain (wheat, rye, maize, barley, etc.), compared to 157,000 metric tons in the same period of 2017 (+66%).

It should be noted that the recent shift to Kazakhstan grain was mainly caused by a bad harvest in Russia, which increased prices on Russian wheat (to approximately 220 USD per metric ton) and made Kazakh wheat more competitive.

Moreover, there are four fully operational seaports (Batumi, Poti, Kulevi, and Supsa) located on the Black Sea coast of Georgia that could easily handle wheat/meslin cargos from Europe (or any other market) if their production becomes price competitive and/or road transport is no longer an option. At present, the trade in cargo in these seaports is marginally less than that of road transport (the total trade turnover of Georgia disaggregated by mode of transport is given on Graph #2).

Graph #2: Trade of Georgia by mode of transport (million USD)

Georgian Railway. The international freight turnover of the railway lags behind the figures for maritime and road (motor) transport figures (see Graph #2). And, although official statistics regarding the shares of wheat (and wheat flour) and meslin (and meslin flour) in these turnovers do not exist, we can safely assume that the law would have generated additional income for the state, rather than the private sector. A state owned investment bank, JSC Partnership Fund, holds 100% of the shares of Georgian Railway and thus takes all of its profits. (Author’s remark: If you take into account the fact that railway systems are of strategic importance for any country, keeping this system as it is seems reasonable. To be clear, so long as it does not hurt competition or the market in general, proposing a law that can indirectly boost the national railway’s activities is not necessarily a bad thing).

Tourism. Another type of possible economic benefit – decreasing the amount of foregone tourism income – was cited by Mr. Matchavariani as a prime purpose of the law. The Minister of Finance said that the kilometers-long queues at the Larsi border crossing station (in Northern Georgia) cause a great deal of discomfort for tourists arriving from the Russian Federation, and might even discourage wannabe tourists from visiting the country. According to the Georgian National Tourism Agency (GNTA), the number visits from Russia totaled almost 1.1 million in 2017 by all means of transportation (if the average spend of 984 lari per visit is considered, this is no trivial amount). Although there is anecdotal evidence that Russian border police have created artificial queues to try and convince Russian tourists to choose to holiday in seemingly less troublesome destinations in Russia, like Sochi, two significant questions remain: how much are the queues at Larsi caused by wheat trucks? And, how much do those queues affect the decisions of Russian visitors to enter Georgia?

The possible economic benefits of the proposed restriction are far clearer in the cases of road infrastructure (and air pollution) and food safety (not to be confused with food security).

Road infrastructure (and air pollution). According to experts, multi-axel trucks cause road damage of 0.5 USD per kilometer travelled. Estimations of the Sustainable Development Center “Remissia” suggest that a truck that transfers cargo over the 230 km from Larsi to Sadakhlo (the border crossing with Armenia) will impose approximately 300 lari (115 USD at the current exchange rate) of damage to the road infrastructure. When it is considered that the road fee for the transit transportation of one cargo vehicle on the territory of Georgia is 200 lari, the result, ceteris paribus, is a net loss of 100 lari for the country. The ‘ceteris paribus’ condition here implies that truck drivers only use Georgia as a transit country, and not as a transport/logistic hub, because the latter would create demand for attached services and for additional jobs. At the moment, wheat trucks enter the country from the north with a full cargo load to deliver to Armenia (15,000 tons of wheat were delivered like this in 2017), and then return to Russia, usually with empty cargo containers. This automatically means that they do not use any classification yards, storage facilities, and the like. They might purchase parking lot services, but due to length of the route (roughly 320 km from Larsi to Sadakhlo) Georgia misses out on this market opportunity too.

Food safety. As far as food safety is concerned, due to the short length of the route from Russia to Georgia, fumigation of motor cargo is not obligatory (unlike that of sea or railway transport), and the wheat that enters Georgian territory is thus more vulnerable to rodents or pests. After recent experiences with the stink bug, Georgia knows all too well how destructive pests can be (see our article about this issue here).

There are also economic costs that might stem from the proposed restriction. First of all, economic theory suggests that economic agents (in this case, wheat flour producers) construct their production functions in a way to maximize their profits. Therefore, any distortion in this function (in this case, restricting access to wheat imported by road transport) will decrease profits and/or increase the prices of wheat products (e.g. bread). Secondly, drivers who import wheat by truck will directly suffer as they will have to switch to imports of other goods, or to completely leave the market.

To conclude, it is hard to judge the potential effects of the law when its costs or benefits are not well quantified, the alternatives have not been listed in advance and when there has been no communication among stakeholders (for example through a Regulatory Impact Assessment process). In fact, the time span between the news that the government was going to introduce new restrictions, and the date initially proposed for these restrictions to become effective, was far too short. It is doubtful that in just two months’ time it would have been possible for someone to have taken a close look at expected gains or losses, and it is frankly optimistic to believe that the market (made up of small-scale wheat importers, truck drivers, flour-milling plants that use road-imported wheat, etc.) could have adjusted by 1 October 2018. The result of the hastily made initial decision was that every party suffered for nothing, with the restriction postponed for a year.

We will see what happens in October 2019, but this whole process should serve as a good “lessons learned”, about how not to introduce regulations in a rush, without first better understanding the advantages and disadvantages, without analyzing the associated costs and benefits, and without establishing clear communications with stakeholders.