New Old Chavchavadze Avenue – Putting the Horse Ahead of the Cart? 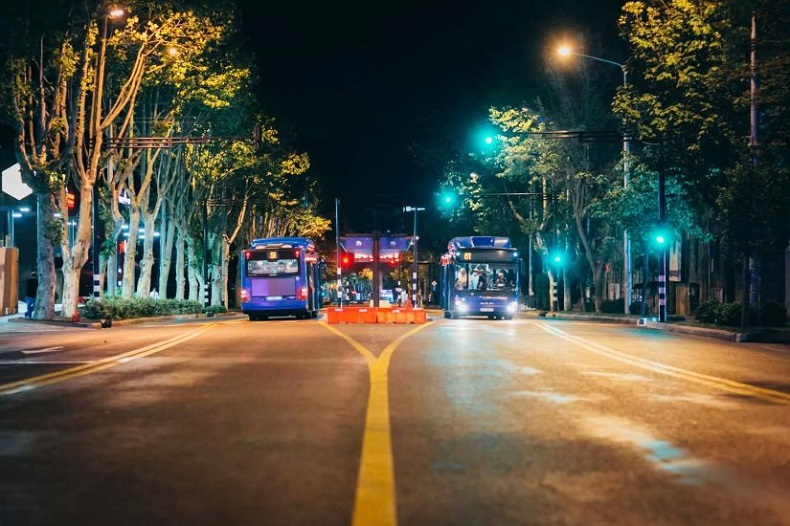 Preface: Imagine a Tbilisi where the Mayor rides a municipal bus, a football star passes you on a scooter, and your favorite guitar player locks up his bike at the entrance to a restaurant; not because they don’t have fancy cars (they do!), but because they believe these alternatives are healthier, more environmentally friendly, greener, and more convenient.  This really sounds like a European city!

One issue on the tip of everyone’s tongue these days in Tbilisi—along with August holidays and the risks of COVID-19—is the newly-rehabilitated Chavchavadze Avenue, which was recently reopened to traffic. Why is this issue so “popular”?

Well, Chavchavadze Avenue is one of the main arteries through the city center, the main street in Tbilisi’s most prestigious neighborhood—Vake—and it had been closed to traffic for several months since last year due to major road reconstruction. This necessary closure was quite painful and Tbilisi residents could not wait to see Chavchavadze reopen as it would bring the city “back to normal.” Finally, in the middle of summer, it happened: the central avenue was open for traffic...but not quite back to normal! Chavchavadze reappeared in a new and very different way—prioritizing public transport flow with a dedicated bus lane and a brand-new bike lane, at the expense of regular vehicle traffic, which was significantly narrowed to a single lane.  Anecdotally, many Tbiliselis (Tbilisi residents) who had been waiting for the “new old chapter” in the history of Chavchavadze Avenue with excitement are now concerned by the new circumstances. So, what’s going on? Does Tbilisi not need a solution to its urban traffic? Is the Chavchavadze project an experiment towards such a solution; and if so – did it fail, or are Tbiliselis simply conservative and shortsighted and, thus, unable to appreciate this newly-suggested approach?

Private car ownership has been growing dramatically in Georgia since the 1990s, obviously from a very low base of around 15 private vehicles per 1000 inhabitants in the 1980s up to 268 in 2018. The growth in the number of vehicles has been most dramatic in Tbilisi—currently it is estimated that there are around 500,000 vehicles in the capital city of around 1 million inhabitants. Tbilisi streets are packed with cars and parking solutions are quite poor (no off-street public parking functions in the city so far). Urban transport regularly ranks among Tbilisi residents’ key concerns—we worry about the increased time spent in traffic jams and increased emissions from vehicles resulting in depreciating air quality.

Clearly, this trend is in no way different from that in any of the other capital cities in the region. Almost all the growing economic centers in the region are plagued by the same issue—growing economic activity in major cities results in increasing vehicle ownership rates, more severe traffic jams, and deteriorating air quality with negative impacts on economic activity, the environment, and public health.

Cities around the world are looking for a solution. There are many great examples in Europe and elsewhere of how cities are dealing with this urban traffic dilemma. Cities develop strategies and organize collective actions to become greener, more efficient, more sustainable, and more livable. One of the key elements of such strategies—excluding physical improvements in infrastructure and technology—is incentivizing people to switch from private car use to public transport, which requires building an efficient and integrated transport vision embracing (i) planning and infrastructure solutions (such as zoning, building bike- and walking-friendly streets, new crossings, and new infrastructure), (ii) improved rolling stock, (iii) technology and management (traffic light solutions, integrated traffic management system), (iv) legal-regulatory solutions to build complex incentive frameworks—policies and mechanisms—to discourage car ridership and encourage greater use of public transport, biking and walking; and last but not least (v) public education to make people move from cars to other modes of transport. It is critical for achieving the desired, long-lasting results in the strategy that implementation should embrace all these elements, not just fragments of them.

Take Copenhagen, a high-income European city, where the majority of trips are completed either by bike, bus, or on foot rather than by car. Moreover, the city has the ambition to have 75% of local trips be done by bike, public transport, or on foot by 2025 (2025 Climate Plan). This was achieved through an integrated city-wide approach and the commitment of residents of all ages—not an isolated intervention on one street or the intervention of a small team of officials. Populations of all ages and groups share a common vision, and for this reason alone, an increase in private car ownership rates over the course of a couple of years in Copenhagen did not result in an increase in traffic issues on its streets.  This clearly contributed to Copenhagen being named the “Healthiest Capital in Europe” in 2020.

For more than a decade, international financial institutions such as the World Bank, Asian Development Bank, EBRD, and others have been actively nudging Tbilisi towards the timely implementation of a long-term sustainable policy to improve urban transportation. Many related actions have been taken in the last 15 years, including: investments in infrastructure in the center of Tbilisi to re-organize and improve traffic flow, increased excise tax on cars (since 2017), mandatory vehicle inspection (since 2018), and the development of guiding strategic documents such as the Sustainable Urban Transport Plan. Furthermore, the Tbilisi government plans to introduce dedicated bus lanes on all main transport arteries of the city, procure a new bus fleet, and make riding public transport a pleasant experience. The Chavchavadze Avenue rehabilitation project went along these lines. Besides the rehabilitation of old and run-down underground infrastructure, it targeted very ambitious outcomes: improving traffic flow and encouraging a shift towards greater use of public transport and biking in the surrounding area. Prioritizing public transport over vehicles in the heart of Vake was an ambitious aim.  However, isn’t the toll too high on cars and their drivers, and could the tradeoffs somehow be more balanced? Should the happiness of pedestrians, public transport users, and bicycle riders necessarily come at the cost of car drivers’ happiness? Some possible solutions are simple and even low-to-no cost to enable cars to move on Chavchavadze faster than now. One such solution is more effective regulation of traffic lights along the Avenue:a slightly longer green light for cars. It would increase the throughput of traffic on the street and help decrease traffic jams and painful waiting times at every crossing.

It seems, however, that the main obstacle in Tbilisi is the growing number of cars, as well as increasing use of motorized vehicles for short-distance travel. Does the key to solving this issue lie in improving public attitudes towards other forms of transportation? If so, then public education could help in reducing the number of cars in the city by exposing more people to alternatives. Why should I walk or take public transport for this particular trip instead of using my car? This is a key question, and it would be beneficial to help people answer it!  In fact, answers may vary, but at least some of the ideas below should encourage people to avoid starting their cars, and use other modes of transportation instead:

• help improve the air quality in your city, or even more so—take personal actions to contribute to reducing emissions locally and globally (people need to know the targets), or

• using public transport you travel much faster than by car (well...not always true), or

• walking is healthy and may help you live a longer life,

• public transport is not a bad experience at all, or

• many prominent Tbilisi residents do this (well, in fact they don’t yet) and you should follow their example.

Leading by example could make a huge difference—seeing city officials and famous Tbiliselis walking down the street or taking public transport (not once, but regularly) would be very encouraging and help popularize alternative solutions.

I hope this is possible!