Moratorium on Foreign Ownership of Agricultural Land. Xenophobia, Myopia or what? 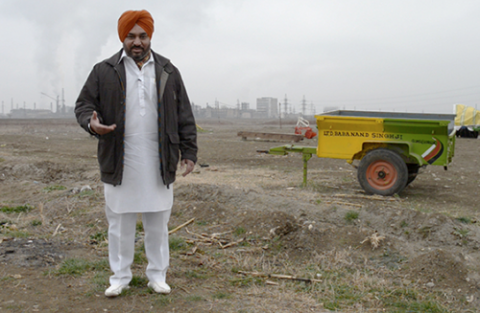 On June 28, the Georgian Parliament passed a bill imposing a moratorium on land acquisition by foreigners and foreign-owned legal entities till the end of 2014. The bill effectively reversed an earlier policy that welcomed foreigners to settle and invest in Georgia’s agricultural sector, a policy culminating in the seemingly outlandish program seeking to bring to Georgia – and offer fast-track naturalization to – dozens of expert farmers from South Africa.

Rattled by this policy reversal, groups representing the expat business community in Georgia are trying to coordinate on a strong message to be delivered to the Georgian lawmakers. The law, so the argument goes, will cripple foreign direct investment in, and lending to, the agricultural sector. According to a recent statement by Transparently International-Georgia, the law may also be unconstitutional.

It is difficult to imagine that the Georgian government and/or parliament need to be reminded of the immediate negative implications of the law. It is universally recognized that Georgia’s agriculture is in dire need of investment in physical capital and technology, all of which can only come from outside. By preventing foreigners from investing in the sector, the law will also slow down the efficiency-enhancing process of land consolidation. But are there any benefits associated with the moratorium? And, indeed, what problem does it attempt to solve?

A cynical and not particularly thoughtful interpretation is that the law was triggered by the specter of “Indians buying all of Georgia” and has no purpose other than addressing the racist sentiment of the Georgian plebs. The Indian investors are the problem, the cynical argument goes.

Yet, the problem is real. It has little to do with xenophobia. And it is not unique to Georgia. Unless carefully designed and implemented, large scale privatization of state-owned agricultural lands in immediate proximity to Georgian villages has the potential to trigger violence and social unrest of far graver consequences for investment – foreign and domestic – into the Georgian economy than the notorious moratorium. The organized protests Georgia saw in early 2013 – under the slogan “"Georgian land for Georgians" – provide a foretaste of what could follow (still) if Georgia’s policymakers fail to find a solution to this fundamental problem: how to bring the much needed investment in Georgia’s agriculture without threatening the livelihoods of small-scale subsistence farmers.

On Monday this week, I have accompanied Deputy Minister of Agriculture David Natrosvhili and the first Georgian ambassador to South Africa Beka Dvali on their visit to Sartichala. The purpose of the visit was to meet some of the Afrikaaner farmers who have settled in Sartichala during the last 3 years upon President Saakashvili’s invitation.  Living and working with Sartichala residents, Piet Kemp and his colleagues singled out the issue of pasture land (lack thereof), which potentially threatens the livelihoods of local subsistence farmers and complicates their relationship with the Boer settlers.

At present, about 80% of formerly state-owned agricultural land in the Sartichala area is cultivated by Kemp and fellow Boer settlers. And the share of cultivated land is only likely to increase given the Boers’ ambitions and the ongoing GoG-financed improvements in the regional irrigation systems (a bottleneck for agricultural development).  The practical implication is that Sartichala residents will have ever less land for grazing their 3-4 thousand cattle on which they depend for survival. The moment Sartichala cows start dying, the Boer farmers will be faced with the very same personal security issues they were seeking to escape by relocating to Georgia.

Kemp et al are very well aware of the problem and are making every effort to stay on good terms with the locals. This is not only about skillful diplomacy: the Boers are a major employer; some of their investments, e.g. in water pipelines and water management systems, have positive spillovers for the entire community;  last but not least, the Boers are willing to use their know-how, equipment  and money to help work out a permanent solution.

Given the original sin of privatizing agricultural (pasture) land without much concern for the future livelihoods of smallholder farmers – “stakeholders” without any stake in the privatization policy debate – the options that are currently on the table for Sartichala are obviously limited. Kemp offers his help (and resources) to introduce Sartichala farmers to more efficient cultivation methods in order to make better use of the small plots of land they received in the first wave of land privatization. Indeed, by using irrigation and applying a small amount of fertilizer, local farmers could feed much larger numbers of cows. Kemp is also willing to help introduce artificial insemination in order to propagate improved breeds and raise productivity.

The policy dilemma facing the Georgian government is that none of this is going to happen on a sufficient scale without external help. Neither the Boers, nor any other foreign investors (with the possible exception of such giants as Ferrero) can handle the entire financial burden of dealing with the original privatization sins committed by a succession of Georgian governments. The current administration has shown its commitment to protecting the new land owners’ property rights, yet, it may have to go beyond that. Georgia’s agricultural development may stall in the absence of an adequate policy response which can only be developed in collaboration with the Georgian farmer associations, the agribusiness community and the international donor community.

The (temporary) moratorium on foreign land ownership does not solve any of the above problems and poses new dilemmas. It creates a lot of uncertainty as to the future direction of Georgia’s economic reforms. It does not address the Boers’ concern for securing their property rights and investment. And it does not help increase agricultural productivity and incomes of Georgia’s smallholder farmers. By imposing the moratorium, however, the Georgian government showed awareness of the challenges inherent in rapid agricultural development and attempted to gain time in order to work out an acceptable solution.

Let’s hope that time thus gained will be not be wasted. Social calm and political stability that the moratorium seeks to achieve may be difficult to maintain given its negative implications for foreign and domestic investment in Georgia’s agriculture. One does not go without the other, certainly not in the long run.