Labor Market Reform: Is the Glass Half Full or Half Empty? 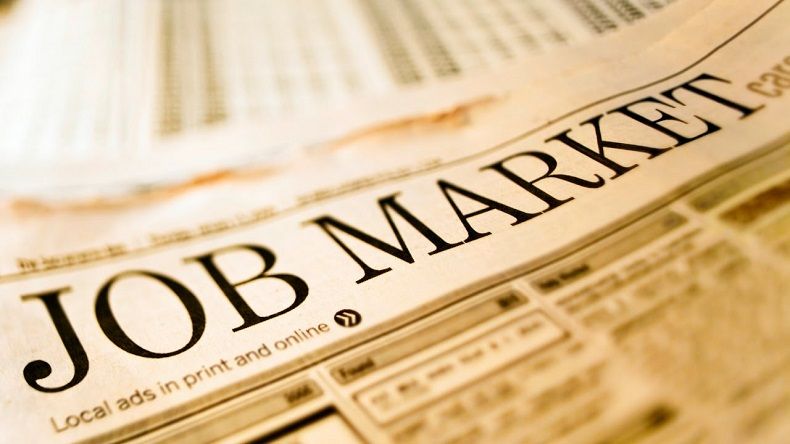 On the 5th of August, a list of planned legislative amendments for regulating the functioning of the labor market passed their second reading in parliament. These amendments, which are also likely to pass their third and final reading in coming weeks, are expected to improve workers’ protection.

Among the areas expected to see significant changes are:

• mandate and powers of the labor inspectorate.

Reactions to the new steps of labor market reform have ranged from (moderately) positive to disappointed. Among those supporting strengthening workers’ rights, the proposed amendments are seen as an improvement – albeit less significant than hoped. On the other side of the spectrum, business associations have been stressing, sometimes forcefully, the negative impacts the proposed changes might have on the economy.

IT IS IMPORTANT THEN TO QUESTION, WHAT REALLY IS HAPPENING?

On the whole, the current regulatory framework of the Georgian labor market can be characterized as quite liberal and pro-business; largely because of the sweeping labor market reforms of the Saakashvili government in 2006.

With the introduction of the 2006 Labor Code many other laws were abolished, including:

• the Law on Employment;

• the Law on Collective Bargaining and Dispute Resolution;

Under the new Code, labor relations were largely deregulated, and the main focus was placed on contractual arrangements between employers and employees; with the law recognizing both written and verbal contracts.

The main rationale behind the reforms was that: 1) the old regulatory bodies were corrupt and inefficient, and their abolition was simply a necessary step; 2) the market would self-regulate, thus there would be no need for extensive laws or regulations, which would just add burden to agents without having real effects.

The approach was on one hand extremely pragmatic (especially concerning the first point), but also quite ideologically driven (mostly regarding point two). The reform was widely praised by both the business community and libertarians, and motivated remarkable improvement in certain well-known international competitiveness and business indices. However, it also drew criticism both internally (for example from workers and unions) and internationally (for instance from the International Labor Organization (ILO), the European Union (EU), and the United States (US)).

The main concern all critics shared was that the new Labor Code – rather than increasing the freedom of workers and employers to negotiate better contracts – induced an imbalance in the labor market, notably strengthening employer bargaining power while undermining employee rights. These are far from trivial issues. Markets characterized by substantially asymmetric bargaining powers hardly deliver the best possible outcomes to society; the most powerful agents use their power to extract rents and – by doing so – distort others’ incentives and undermine the efficiency of the economy.

Besides touching on important and relevant issues, the critiques raised by international partners also had practical and direct consequences. For example, the EU included labor reform as a precondition for deeper trade integration with Georgia, and provisions for labor rights were explicitly introduced into the EU-Georgia Association Agreement. Indeed, it can be argued that the amendments currently under discussion are being introduced to comply further with the commitments undertaken under the Agreement, as part of the integration process with the EU.

SO, WHAT IS THE SITUATION NOW?

The World Economic Forum’s Global Competitiveness Report currently ranks the Georgian labor market as 37th in the world, principally due to the pro-business approach within the regulatory framework. Among the notable points highlighted in the report, one can find low “redundancy costs” (the weeks of salary an employer is required to pay a dismissed worker), the ease of hiring and firing practices, the ease of hiring foreign labor, and low labor tax rates (defined by the World Bank as the amount of labor tax and social contribution paid by an employer as a percentage of profit). As an additional positive note, the WEF report also highlights Georgia’s relatively strong performance in the extent of workers’ rights. However, while “business-related” indicators are likely more reflective of the reality, the assessment of workers’ rights should be interpreted with greater caution; labor rights in Georgia vary significantly, depending on whether a worker is a public servant, works in the public or private sector, is formally or informally employed, etc. The Workers’ Rights Index seems, in fact, to be more representative of the condition of employees in higher quality (and more protected) jobs.

Just as good performance in the Georgian labor market within areas of the Global Competitiveness Index highlights positive features of the current regulatory framework, poor performance in other aspects illustrate its weaknesses and potential areas for improvement. For instance, according to the Global Competitiveness Report, cooperation in labor-employer relations is poor in Georgia, labor market policies do not significantly help unemployed people to reskill or find new employment, internal labor mobility is limited, and the ratio of wage and salaried female workers to make workers remains low, as is the reliance on professional management and the link between pay and productivity. These sub-indices depict a labor market characterized by inefficiencies and asymmetric bargaining powers, which will not automatically deliver the most beneficial societal outcomes. Other indicators of the state of the labor market that are not included in the Global Competitiveness Index, such as the level of female labor force participation, the proportion of informal workers, and the share of subsistence self-employed further support this conclusion. This implies that the labor market is not working as efficiently as possible and is contributing less than it could to societal development and the growth of the Georgian economy.

Thus, returning to the title of this piece, is the glass half empty or half full? Encouragingly enough, the glass still has the potential to be filled right to the top.

At this stage, the truth is that there is indeed room for improvement, and the current reform effort provides the opportunity to improve both efficiency and equity in the Georgian labor market, with long-run benefits to both companies and broader society, derived from a more competitive, efficient, and inclusive economy. Ultimately, businesses and the country would benefit from workers with better incentive structures who are happier, healthier, more educated, and less stressed. Several of the proposed amendments are moving, potentially, in that very direction.

There are clearly pitfalls that will need to be avoided (like tilting the scale in a different direction, rather than balancing it), there might also be costs of the adjustment, especially in the short-term, that should be minimized, nevertheless the adopted approach appears – encouragingly – to take this into account.

The debate around the proposed amendments has already led to the introduction of significant changes, those which balance the need for change with the attempt to avoid the most traumatic impacts (short-term) on businesses and the economy. This has resulted, on one hand, in some disappointment among the strongest promoters of change, but also in a more positive perception of the reform among several stakeholders that were previously staunchly against the proposed amendments. This is encouraging as a practical reform process should not be rushed and should be informed by constructive discussions with all relevant stakeholders. It is crucial, however, that the discussion be based on the existing evidence and on the lessons learned from countries that adopted similar regulations early on, rather than from ideological contrapositions.

Ultimately, it is highly likely that no group of stakeholders will be fully satisfied with the outcome of the reform, where different positions will have to be smoothed out to achieve a more balanced and mutually beneficial outcome. This is, in essence, how a reform process works. But, crucially, the country has a real chance to come out of the process stronger, more just, more unified, and with a better functioning labor market.