Is Small (And Medium) All That Beautiful? 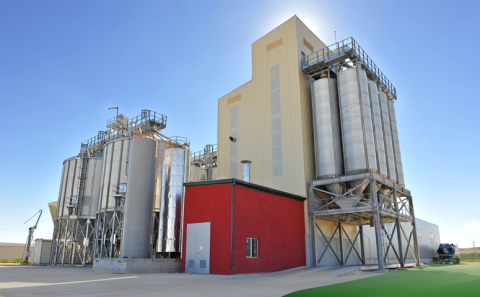 Most development practitioners subscribe to the view that vibrant small-and-medium enterprises (SMEs) are crucial for the health of a country’s economy. The SME sector is crucial, the argument goes, because it creates employment and serves as a hotbed of entrepreneurial talent. Additionally, SMEs are often seen as a source of new, fast growing industries, contributing to a price-reducing and quality-improving competition with large and old firms that tend to dominate markets in small countries such as Georgia.

For example, a 2011 report prepared for the European Investment Bank by Dalberg Global Development Advisors, bluntly states that “SMEs are a fundamental part of the economic fabric in developing countries, and they play a crucial role in furthering growth, innovation and prosperity”. If SMEs fail to perform the kind of fundamental role that is expected of them it is because, unfortunately:

… they are strongly restricted in accessing the capital that they require to grow and expand, with nearly half of SMEs in developing countries rating access to finance as a major constraint. They might not be able to access finance from local banks at all, or face strongly unfavourable lending conditions…. Banks in developing countries are in turn hampered by the lack of lender information and regulatory support to engage in SME lending. The overall result is absence of a well-functioning SME lending market, … with negative consequences for innovation, economic growth and macro-economic resilience in developing countries.”

Now, if access to funding is indeed the key binding constraint for SME development, the logical policy prescription would be to subsidize and otherwise encourage lending (or grants) to SMEs.

The “cheap loans” provided by the Georgian government for agricultural SMEs since late 2012 illustrate exactly this kind of policy response.

GEORGIAN SMES: SMALL, AND NOT GROWING

But what if funding is NOT a binding constraint (as most Georgian bankers would say in a private conversation)? What if, instead, SME development is hampered by a lack of good new business ideas or management skills?

In this case, subsidies (paid for by taxes levied on larger and more successful businesses) will result in waste. Not jobs, not innovation, not productivity gains, but waste.

For the moment, SMEs are relatively small players in the Georgian economy, even though their numbers are large. In 2012, the share of SMEs in total business turnover was only about 17%. Their share in total production value in the business sector was only slightly higher, at about 18%. Very importantly, Georgian SMEs exhibit relatively low labor productivity, especially among the smallest firms.

To understand why SMEs do not serve as an engine of Georgia’s growth, one should consider that most Georgian SMEs are engaged in a very limited range of low-productivity activities such as farming, barber shops, trade and transportation services, etc., any growth in which is ultimately self-limiting.

The self-limiting nature of SME growth becomes evident if one cares to analyze the taxi service market in Tbilisi. As more and more villagers started driving taxis in Tbilisi, taxi fares went down to a level only slightly above earnings in the low-productivity agricultural jobs, therefore reducing or completely eliminating the incentives for the arrival of new drivers (and their shoddy Ladas).

For this very reason, microfinance institutions specialized in lending to SMEs, such as (most famously) the Grameen Bank in Bangladesh, may easily become victims of their own (initial) success. Just like in the taxi example, once the number of similar enterprises hits a critical threshold, the fees they could charge collapse. The result is bankruptcy for both lenders and borrowers.

WAGER ON THE STRONG (AND LARGE)!

Thus, contrary to the established theory, it is the large Georgian firms that are mainly responsible for the creation of jobs, production of economic value, and, most certainly, exports. Moreover, the size and degree of vertical integration achieved by Georgian manufacturers turn out to be crucial for their ability to withstand competition from very large (and often subsidized) international businesses in the absence of any significant tariff or non-tariff protection.

An excellent case in point is Chirina Ltd, currently one of the largest poultry producers in the country. As reported by Simon Appleby and Eric Livny (Competitiveness of Georgian Agriculture: Investment Case Studies), Chirina represents a unique greenfield investment initiated, financed and managed Mr. Revaz Vashakidze, a prominent member of the Georgian Russian diaspora. Having earned his personal wealth in the Russian chemical industry, Mr. Vashakidze chose to repatriate a part of his fortune to Georgia in order to invest in a modern, fully integrated poultry production plant able to compete with cheap imports of frozen meat products, which had dominated the Georgian market until 2013.

Designed and built as a turnkey project by Israel’s Agrotop in 2011-2013, Chirina is a unique vertically integrated complex. Its products – fresh and frozen chicken meat sold under the BiuBiu brand – already account for about 1/6 of Georgia’s total consumption of poultry.

With a doubling of its processing capacity in early 2015, Chirina is poised to become a major food industry player in Georgia, creating hundreds of jobs, integrating Georgian agricultural producers into its supply base, applying downward pressure on prices, and expanding the range and quality of products available to Georgian consumers.

Chirina’s example suggests that, contrary to the established development narrative, the key to Georgia’s success in technological upgrading, job creation and SME development may be held by large, well-invested food processing and manufacturing businesses. The notion that Georgia should prioritize SME development (at the expense of large enterprises) is akin to putting the cart before the horse.

Rezo Vashakidze, the owner of Chirina is quite blunt on this point. In his view, the Georgian government is using agrarian policy to achieve social policy objectives:

The current policy is to support smallholders, who are almost 50% of the population. While I understand the political significance of doing so, training and subsidizing such a large mass of subsistence farmers will inevitably lead to a waste of resources. In my opinion, the emphasis should be on medium and large business, which would integrate smaller businesses and smallholders into their supply chains or provide alternative employment in processing and services. It is unfortunate that the EU and other donors are supporting such a wrong approach.