Is Capitalism the Final Stage of History? 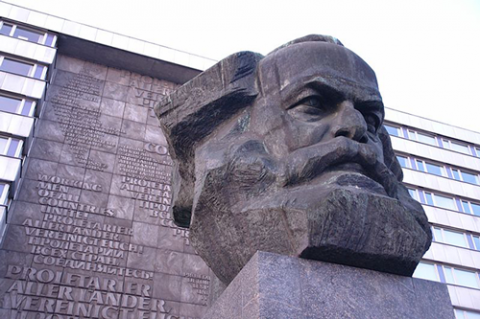 No. In this two-part article I will argue that there are challenges to capitalism on the horizon which are virtually unsurmountable. There are good reasons to believe that in 30 years from now we will not see global dominance of market systems anymore.

A few weeks ago, one of the worldwide most influential thinkers of the last 30 years visited Tbilisi to give a speech at the Free University: Francis Fukuyama.

Fukuyama became famous through his book The End of History and the Last Man (1992) which offers a reinterpretation of Hegelian ideas on the evolution of history. For Hegel, history is the process of the actualization of the Weltgeist (“World Spirit”), advancing through the emergence of historical contradictions which are then resolved in so-called syntheses, forming the basis for new contradictions. The sequence of contradictions and resolutions only ends when the Weltgeist has become “aware of itself” and no new contradictions emerge.

In his book, Fukuyama makes the claim that with the end of the Soviet Union the series of historical contradictions and subsequent resolutions has ended and the terminal outcome of history is capitalism in combination with liberal democracy.

In its entirety, Fukuyama’s predictions have turned out to be false. If historical contradictions would have ended in 1991, we would have had to observe a time of peace and undisrupted development ever since, with all countries converging towards market economy and democracy. Yet only the political part of his hypothesis seems to be refuted by the facts, as there seems to be no convergence to democracy. China, for example, has adopted capitalism but not democracy (and nobody knows whether that will ever happen). The so-called Arab Spring replaced autocracies by other autocracies, and often relatively stable despotism turned into hopeless chaos with religious fanaticism being on the rise. 9/11 has highlighted the huge contradiction between Western liberalism and the Islamic World, and what is going on right now in Iraq and Syria does not look as if this contradiction will disappear soon.

But how about the economic prediction of Fukuyama? Indeed, there are almost no countries left that do not organize their economies with markets. There are only three exceptions, but they are no strong cases. North Korea is a failed stated, China, while formally still being a Socialist system, in the last 25 years has been adopting capitalism in breathtaking pace, and Cuba is slowly but surely going the Chinese way. So, is Fukuyama at least half-way right, namely in his economic vision of the future?

Before we consider that question, I want to remind you that Fukuyama was not the first one to reinterpret Hegel’s ideas and apply them to economic matters. Karl Marx did the very same – the central part of his intellectual edifice, namely his theory of history, is an adaptation of Hegel. The contradictions of Hegel become Marxs’ class struggles throughout time, and Hegel’s self-awareness of the Weltgeist at the end of history becomes the classless society (“communism”) of Marx. Fukuyama’s ideas are actually very similar to Marx’s, with the one exception that according to Fukuyama the final stage of the historical process is not communism but capitalism.

Recently, I discussed my point of view with a Georgian journalist whom I got to know. She summoned me not to write this article because, as you will see next week, the conclusion of my analysis is that Socialist ideas – in particular the concept of a planned economy – may not be entirely dead. My friend’s (and her family’s) experiences in the Soviet Union were so utterly negative that she found it offensive that somebody might express the mere idea that there was anything beneficial about planned economies. In her view, it would be like writing an article about the pros and cons of, say, Hitler’s National Socialism, which, due to the atrocities that occurred under National Socialism, would be offensive by its very nature, regardless of the article’s actual conclusions.

I hold the view that a purely economic discussion of possible advantages of economic planning should not be offensive, as the really painful grieves of the Soviet Union came about through its political system, not its economic setup. Actually, a repressive political system is not part of Marx’s original thought. He said very little about the political design of the classless society, and he did not rule out that decisions in Communism would be made in a democratic manner. As Peter Singer writes: “Marx was devoted to the cause of human freedom. When asked, in a Victorian parlour game, to name the vice he most detested, he replied: ‘Servility’; and as his favourite motto he put down: ‘De omnibus dubitandum’ – ‘You must have doubts about everything’. Though his own personality had an authoritarian streak, there can be little doubt he would have been appalled at the authority Lenin and Stalin wielded in his name. (Marx would probably have been an early victim of the purges.)” (Marx – A Very Short Introduction, Oxford University Press 2001, p. 93).

Yet many people have claimed that freedom and market economy mutually entail each other, so that the political terror of the Soviet Union cannot be separated from the way the Soviet economy was organized. The argument goes as follows: if there is market economy, power will be shifted from the political rulers to those who are economically potent, who will then claim their share of the political power. Moreover, the opposing forces in a market economy, like capitalists and workers, different interest groups etc., require an institutionalized way to resolve conflicts, which is offered by democracy. People who subscribe to this view expect that China will finally become politically unstable if the Communist Party is not willing to disperse some of its power to the different groups of the society. In the other direction, true freedom entails the freedom to make economic decisions without interference of the state or other parties. A democracy therefore enforces the existence of private property.

The first part of this argument is theoretically very strong – indeed, is his hard to imagine how the political leadership can sustain its power in the long run against those who have the economic power. The end of Feudalism in Europe is often considered to provide empirical evidence for this view, as when the aristocracy became economically obsolete it was superseded by industrialists and merchants. Yet more recent history does not give much empirical support. Actually, the Chinese dictatorship seems to be very stable despite of its movement towards capitalism, and in the 20th Century there is no shortage of examples of dictators who gave economic freedom to entrepreneurs and companies. The Fascist regimes of Europe were essentially market economies, as were many African dictatorships, and Putin’s Russia is another example.

In contrast, the second part of the argument seems to be well supported by empirical observations. There is no democratic system that does not organize its economy through markets. However, here the theoretical link is rather weak. The economically most important decisions, namely those regarding investments, are not made democratically in existing democracies (but rather by those who own the capital). Moreover, private property of consumer goods could be retained in any system without establishing a full-blown market economy. So, there might be no fundamental problem here. If capitalism would cease to function well, it might occur that the electorate votes for a different economic order without abolishing democracy. That this never happened may simply be because markets were working quite well so far and yielded the best economic outcomes for the majority of people in a society.

In the second part of the article, I will argue that in the past market outcomes were by and large compatible with notions of fairness and justice. Yet in the near future problems will come up that drive a wedge between what is considered morally desirable and what markets deliver, and these problems will arguably be so colossal that market systems as a whole might be abandoned. Finally, I will develop an idea about a system that could supersede markets in the middle run.