How to Prevent the Tobacco Law from Going Up in Smokes? 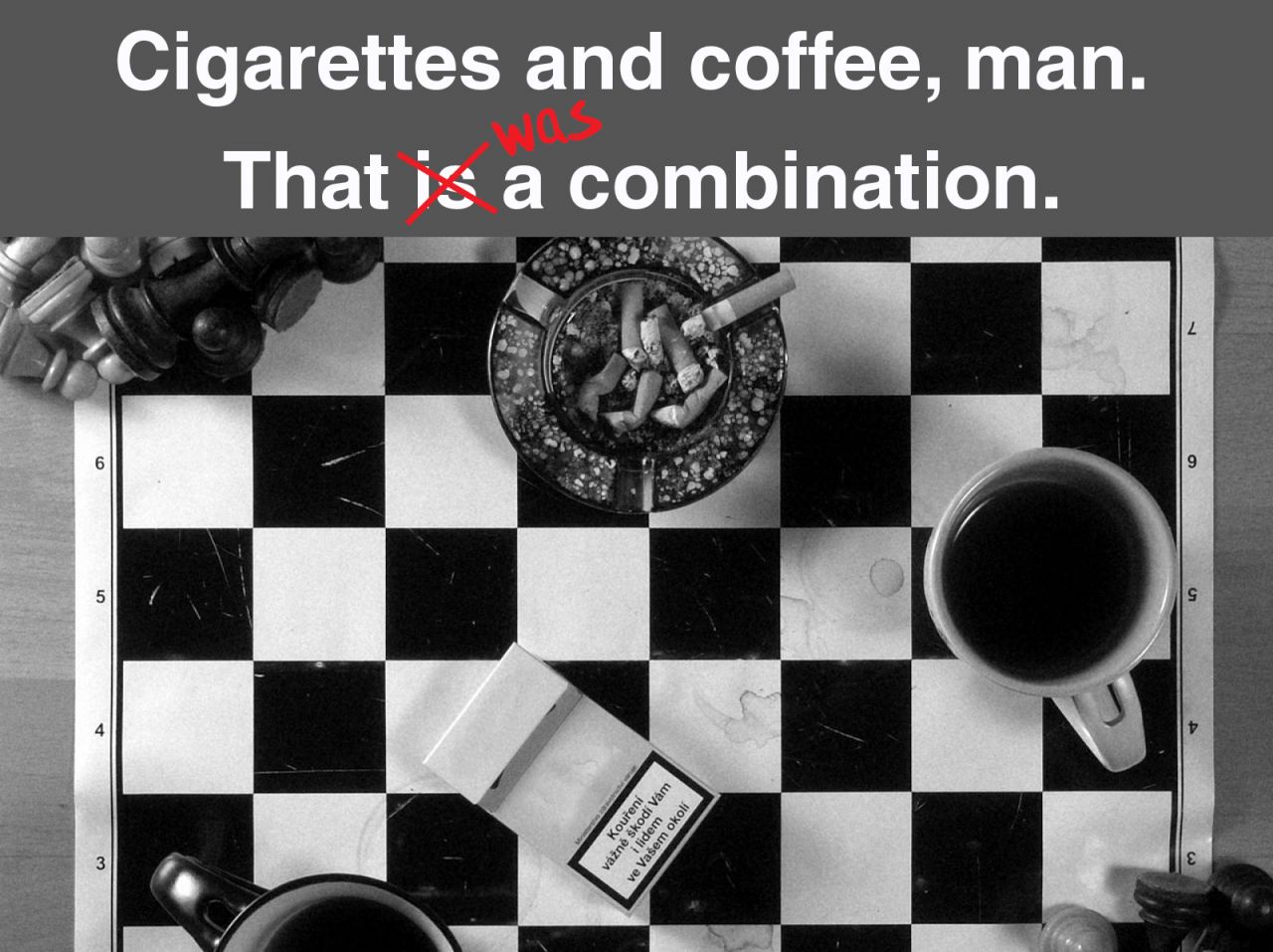 After a hike in excise tax on cigarettes in January 2017, Parliament of Georgia is going to introduce legislative changes to the existing tobacco control law (TCL) in March. Since its enactment in 2003, TCL has been modified several times. However, the recently proposed changes can be considered the most radical step towards a tobacco-free society in Georgia. New draft law comprehensively covers production, packaging, marketing, advertising, selling and consumption of tobacco, and other activities of tobacco businesses. The main changes can be defined as follows:

2. Advertising – total ban on all kinds of advertising (outdoor, printed);

4. Product placement – total ban on visible placement of tobacco product at the point of sale;

7. Industry exclusion – not allowing public officials to meet with representative of tobacco business;

Initiator of the new TCL Guguli Magradze, explains the necessity of changes by the dramatic statistics: “Georgia takes the second place by number of smokers in the World”. Apparently, this statement is an exaggeration, but it is not too far from the reality – according to World Health Organization, Georgia takes 6th place out of 129 countries by smoking prevalence among males aged >=15 years (57.7% in 2015). In addition, smoking prevalence among females in Georgia constituted 5.7% in the same year, while prevalence of current tobacco use among adolescents aged 13-15 years was 16.5% and 7.8% for boys and girls correspondingly.

There is a common misconception in Georgia that most if not all of the changes to the existing laws are obligatory under the new EU Association Agreement. It is true that the Agreement requires Georgia to approximate the laws, regulations and administrative provisions concerning the manufacture, presentation, sale, advertising and sponsorship of tobacco products. However, not all proposed changes to the TCL are obligatory under the EU Association Agreement and have the deadline until 20181 and 20202. Some of them are just EU recommendations or initiatives of the law authors.

If we compare Georgian legislation to other countries in the region, similar TCLs were recently adopted in Turkey, Ukraine and Russia. Strict laws on tobacco control have been implemented long ago in most European, North and South American countries. No doubt, given the prevalence of smoking in the country, Georgia’s laws are in need of an update. However, the coin always has two sides. Here I will try to impartially analyze both, the possible positive and the negative effects of the new TCL (not an easy task for a non-smoker).

1. Removing a negative externality for non-smokers. Probably the most restrictive and ‘’uncomfortable’’ proposition for smokers is the proposed total ban on smoking in public places including café-bars, restaurants, stadiums and public transport (including private taxis). While this s good news for non-smokers, smokers might argue that the law is becoming increasingly restrictive, limiting their freedom. Although, when speaking about freedom, one should be careful: “Your Liberty to Swing Your Fist Ends Just Where My Nose Begins” (Oliver Wendell Holmes, Jr.). From an economic standpoint, smoking has a negative externality effect on the health of those who happen to be nearby (i.e. passive smokers). Thus, smokers’ freedom may violate the freedom of non-smokers to lead a healthy lifestyle.

2. Smokers cutting down or quitting smoking. Empirical evidence from several studies show that bans on smoking in public places do not just protect non-smokers, they also create an environment that encourages smokers to cut down or quit smoking by reducing opportunities to smoke and by reinforcing non-smoking social norms3. For instance, in the New York City a ban on smoking in bars and restaurants (and a large increase in the tax on cigarettes), which came into effect in 2003, is being credited with contributing to an 11% decline in the number of adult smokers from 2002 to 2003. This was one of the steepest short-term declines ever measured, according to surveys commissioned by the city4.

3. Discouraging new smokers. Considering experience of other countries, implementation of a total ban on advertising and marketing is the most problematic step for legislators due to strong lobbing from tobacco and advertising businesses. Empirical evidence shows that a fully comprehensive advertising ban covering all media and all forms of direct and indirect advertising reduces tobacco consumption and reduces  the social desirability of smoking, in particular, among young people. The World Bank optimistic estimation is that comprehensive bans can reduce tobacco consumption by around 7%5.

Research studies highlight that most effective TCLs are based on a comprehensive approach, which includes majority of initiative listed above, as well as gradual increases in the excise tax on cigarettes and increasing awareness about negative effects of smoking on health.

4. Experience of neighboring countries. To evaluate possible effect of proposed changes on smoking behavior in Georgia we can use the experience of neighboring countries, which implemented similar legislation in the recent past (Turkey in 2008, Ukraine in 2008-2010, Russia in 2013). The effects on smoking was similar in these countries - active consumption of tobacco products declined from 31.2% to 27.1% and from 25.6% to 21.8% in 2008-2012 period in Turkey and Ukraine respectively. According to Russian Health and Social Development Ministry active consumption of tobacco products figure decreased by 17% in two years after adopting the law.

Based on this information, the authors of the new TCL conclude that in the first year after implementation the law, active consumption of tobacco in Georgia will be reduced by 2%, while in the next 4 years on average by 1% (assuming there will be no other changes, such as further increase of excise tax). This will not only decrease spending on cigarettes, but will also improve health outcomes and labor productivity of the population (the outcome that in itself is difficult to quantify).

2. Retail sector losses. As other types of tobacco advertising and promotion are restricted, package displays and adverts at the point of sale (POS) have become increasingly important in the marketing strategies of tobacco companies. Tobacco business pay retailers for prominent display space, including displays behind the counter facing customers and counter top displays. Total retail universe for tobacco product is around 10,000 POS. Out of total universe, selected retailers have contracts for placement and prices vary from 1,000 GEL to several thousand GEL per year. The average payment is 6,000 lari per contracted retailer for one Tobacco Company per year. Rough calculations show that this is around 35 million lari in annual income for retailers from tobacco industry only for product placement.

3. Loss of philanthropic contributions. As of today, tobacco industry is involved in various philanthropic activities spending millions of lari every year. For example, in 2016, it provided support to art institutions and theaters, including projects to alleviate poverty as well as other social and public projects. This type of activities might be banned after implementation of new law.

4. Possible reduction in employment. Authors of TCL do not consider its possible negative impact on employment. Each of the tobacco importers cigarette companies employ between 100 to 150 people, while local producers employ several times more. According to KMPG, 2016 study about 22 000 employees were involved in tobacco manufacturing and retail trade in 2014. The new TCL legislation will reduce production and sales, and part of this labor force will definitely be fired.

5. Losses of government budget revenue. From a fiscal perspective, tobacco industry is an important accumulator of budget revenues. In 2016, according to Ministry of Finance of Georgia budget revenues only from excise tax on cigarettes accounted to 548.6 million lari, while VAT generated by tobacco industry was about 200 million lari. According to ministry’s calculations, increased excise tax will collect additional 200 million lari in 2017, resulting in up to one billion lari only from excise and VAT, not including income, profit and import taxes generated by industry.

Projected decline in tobacco consumption will proportionally reduce budget revenues from tobacco industry by 2% in the first year after implementation of new TCL and by 1% in the following years (about 20 and 10 million lari). Tax revenue losses from marketing agencies, advertising companies and retailers will be much higher.

Despite possible significant financial losses, TCL in Georgia will benefit the society overall but only if implemented in the right way. Here are some ways to make the legislation more efficient and effective:

• Improve the enforcement of existing TCL, which in some cases remains only on paper. For example, there are cases of sales of tobacco products to persons under age 18, within a 50-metre radius from educational institutions. The sales of single cigarettes still take place, despite the fact that the existing law prohibits the practice. If the old law is not abided by, there is no reason to believe that a new law will be effective.

• Modify and specify definitions. One of the most important paragraphs prohibits selling of tobacco products under production cost. In absence of antidumping law and any legal mechanism of calculating productions costs and losses due to “dumping”, this provision is subject to “creative interpretation” and may lead to inconsistent and questionable decisions by the court, such as the recent cases between Georgian manufactures and importers of tobacco. The same goes for point number 8 on the list of the proposed changes, namely industry liability. Liability measures are not specified in the new TCL.

• Modifying or removing certain paragraphs. Enforcement of some provisions of the proposed law will be almost impossible, given Georgian reality. For instance, “Smoking is prohibited at any building, except individuals’ personal houses (where he or his family actually lives), specialized laboratories, and prisons”. Considering proposed definition of a building (any construction with any kind of roof, floor, and walls, which cover not less than 50% of area), it means that smoking will be prohibited for self-employed car-repairers at their workplaces, in the private garages and verandas of café-bars. Needless to say, a law that cannot be credibly enforced will lose its appeal to the general public. It may even undermine the credibility of the government.

• Introduce pictorial health warnings instead of (or along with) increasing the size of health warnings. Canada, in 2001, was the first country in the world to introduce health warnings accompanied by pictures, occupying 50% of the front and the back of the packs. The Canadian Wave surveys, which were commissioned by Health Canada before and after health warnings increased in size from 25% to 50%, do not demonstrate that large impact on smoking behavior8.  However, data suggests that pictorial warnings have a greater impact on noticing antismoking information, thinking about the health risks of smoking and quitting decisions9.

• Philanthropic activities by tobacco companies should not be outlawed. This provision could be modified in the way that will prevent the use of these activities for the purposes of advertising tobacco products and companies.

• Think of how to minimize losses of employment and revenues. Here there is no good prescription to follow, but thinking of how to attract new industries to employ people released from tobacco retail and production sector is essential part of “selling” the new policy to smokers and non-smokers alike. A regulatory impact analysis could be performed to estimate the costs, the benefits and the possible ways to reduce the costs of the new legislation. Government might consider conducting proper RIA analysis to have clear understanding about the possible consequences of the planned regulatory changes.