Sep 06 Posted by Mariam Zaldastanishvili in Governance and Social Policy 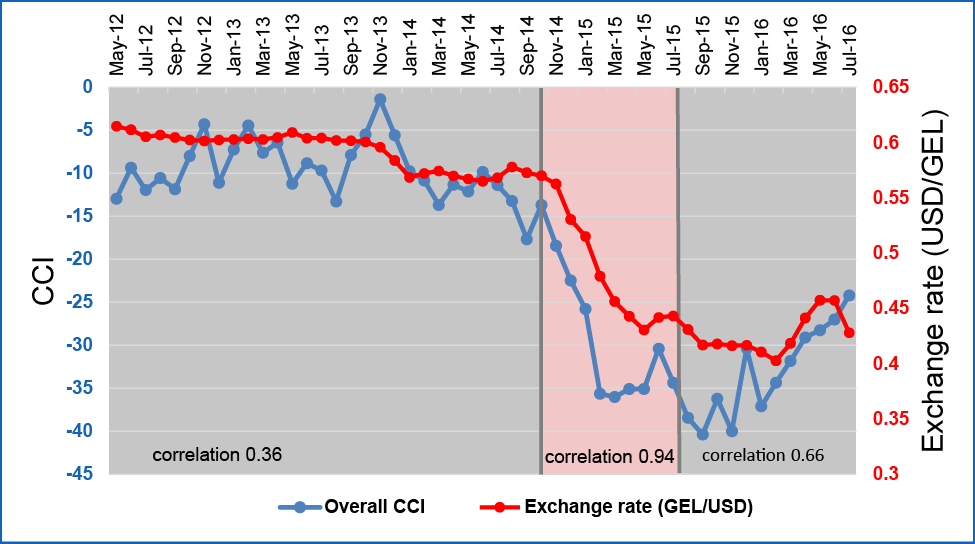 In the last two decades, happiness has moved into the focus of economic inquiry. Frey and Stutzer (“What can Economists Learn from Happiness Research”, Journal of Economic Literature 20, 2002, pp. 402-435) argue convincingly that gross domestic product (GDP), unemployment, inflation, and many other indicators of economic performance are primarily interesting because they are correlated with the well-being of people. Without the assumption that these parameters are proxies for happiness, there would be no reason to pursue economic policies that maximize income or GDP growth.

Indeed, economics pretends to be a serious profession, but in the end it all boils down to a science of how to make people happy. Seen from this angle, there is not a great difference between musicians, stand-up comedians, cooks, dancers, producers of computer games, and – economists. However seriously and grimly people go after their businesses, in the end of the day, all human striving serves the pursuit of happiness.

If one subscribes to the view that economics is about happiness, it is straightforward to elicit happiness directly by asking people how happy they are instead of relying on proxies like the GDP. This is even more logical as it is frequently argued that in particular the GDP does not capture the well-being of people well, e.g., because ecological damage and overtime hours are positively correlated with GDP but arguably negatively connected with the life satisfaction of people.

In the Kingdom of Bhutan, economic policy aims at maximizing gross national happiness (GNH) instead of GDP, and, as summarized in another, more recent article by Frey and Stutzer (“Policy Consequences of Happiness Research”, In: Bartolini et al. (eds.), Policies for Happiness, Oxford University Press 2016), insights from happiness research are relevant for real-world economics, ranging from how to deal with unemployment to happiness-optimized tax systems.

Since more than four years, ISET publishes the consumer confidence index (CCI) for Georgia on a monthly basis (see the chart). For each month since July 2012, the results of this survey can be found on the homepage of ISET-PI, together with a description of how this index is computed.

In July 2016, the monthly increase in the overall index was 2.8 points, while in absolute terms consumer confidence was deeply in the negative, standing at -24.2 points. This means that those people who answered the questions about their current economic situations and their expectations pessimistically outnumber those who gave positive answers. -24.2, however, was much better than the CCI’s all-time low that occurred in September 2015, when it reached -40.4 points.

It is interesting to note that the CCI is computed in many countries using the same methodology, and it is not everywhere constantly in the negative as it is in Georgia. In the UK, for example, the CCI was constantly positive from January 2015 until February 2016, reaching more than +6 in August 2015. Historically, there were even times when consumer confidence in UK and other countries exceeded +15. In Georgia, on the other hand, the best CCI was measured in November 2013, with a value of -1.4.

As it turns out, the questions on which the CCI is based are closely related to the economic determinants of happiness, and hence we hypothesized a long time ago that there might be a connection between happiness and CCI. If so, the latter might react to economic developments similar as happiness and show patterns over time that resemble dynamics that were found in happiness research, in particular the famous Hedonic Treadmill phenomenon (or, more scientifically, hedonic adaption), which we will describe in the next passage. A long time we were waiting for the Hedonic Treadmill to show up, and now we think that we can see it in the data.

The term Hedonic Treadmill describes the empirical finding that the subjective well-being of people always returns to a certain level, regardless of what happens. In a survey article titled “Hedonic Adaptation” (in: Well-Being: Foundations of Hedonic Psychology, by Kahneman et al. (eds.), Russel Sage Foundation 1999), Frederick and Loewenstein present various examples of this phenomenon. People severely disabled through the medically necessitated amputation of one of their limbs reported the same level of happiness shortly after the surgery as they had before, and victims of accidents who became paraplegic or even quadriplegic did not experience a lasting slump in happiness. Likewise, prison inmates reported “significant improvements over time in deviance, attitude, and personality measures” during the time of their multi-year sentences, in particular “declining dysphoria, a reduction in stress-related problems such as sleep disturbances, and decreasing boredom.” Some American prisoners of war who were held in solitary confinement in Vietnam over time spans of up to six years “devised effective coping mechanisms” to an extent that some had difficulties to adjust to their release from solitary confinement.

When it comes to income and consumption, a similar effect was found. In a study on 22 lottery winners who won between $50,000 and $1,000,000 within the preceding year, it was found that they “reported only slightly higher levels of life satisfaction than a control group (4.0 versus 3.8 on as-point scale).”

A negative economic shock is for nation what is a traumatic event like a car accident (and the subsequent disability) for an individual. Such a shock was the devaluation of the lari that took place mainly between November 2014 and May 2015. In a small open economy like Georgia, people are very sensitive towards exchange rate fluctuations, which heavily affect consumer confidence, and taking away the value of their currency could be interpreted as “economic bereavement”. And indeed, as one can see in the chart, the dramatic decline in consumer confidence between November 2014 and May 2015 almost exactly coincides with the exchange rate depreciation of the Georgian lari vis-à-vis the dollar. Afterwards, the exchange rate remained roughly stable (with the lari in July 2016 slightly less valuable than in May 2015).

Ever since this traumatic event happened, however, consumer confidence moved upwards (most noticeable in 2016), a trend which is so strong that in a few months, the levels of consumer confidence that prevailed before the lari depreciation will have been reached again.

It looks as if the lari devaluation was similar to an “accident” or “bereavement” for the Georgian nation. Now, hedonic adjustment takes place, and consumer confidence returns to its long-run level. Whatever happens to the Georgian economy – in the long run, it all does not matter. As a replacement for Homo Economicus, one should introduce Homo Sisyphus into economic theory.