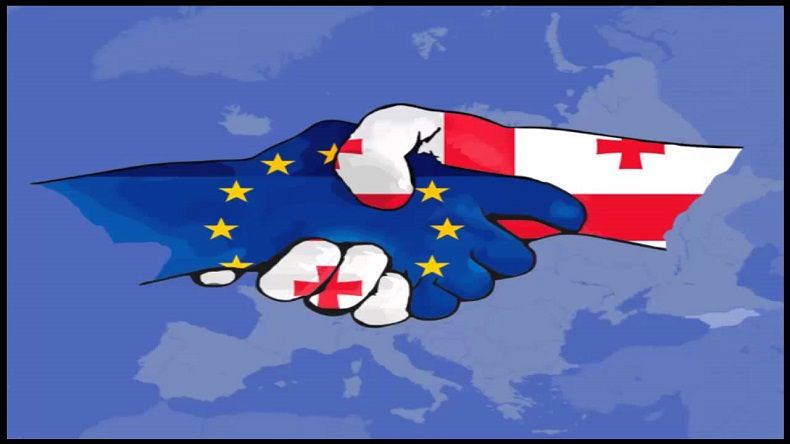 On June 27, 2014, Georgia and the EU signed an Association Agreement (AA) and its integral part – the Deep and Comprehensive Free Trade Area (DCFTA). On July 1st, 2016, DCFTA fully entered into force. Until then, trade between Georgia and the EU was regulated by the Special Incentive Arrangement for Sustainable Development and Good Governance that contained a Generalized System of Preferences+ (GSP+) agreed to in 2005.  GSP+ covered 7,200 products for which the customs duty was reduced or eliminated when exporting to the EU market. It is worth mentioning that GSP+ did not cover a number of products, including a very important export item for Georgia – wine. The DCFTA widens the list of GSP+ and sets zero tariffs on all food categories (only garlic is under quota), including potentially interesting products for Georgian exports – wine, cheese, berries, hazelnuts, etc. In line with the World Trade Organization (WTO) GATT Agreement, the DCFTA aims to eliminate the customs duty on import and export of goods, including energy, and, thereby reduce “technical barriers to trade” (TBT) for better access to EU markets. It should be mentioned that the DCTFA is not as free as it seems: for certain products that are exported from Georgia to the EU, there are arrangements like “entry prices,” anti-circumvention mechanisms, and tariff-rate quotas. Nevertheless, the DCFTA aims to create a stable and growth-oriented policy framework that will enhance competitiveness and facilitate new opportunities for trade.

As July 2018 marked only two years since the implementation of the DCFTA between Georgia and EU, valuable conclusions on its impact cannot be formulated yet. However, we do have some success stories of Georgian producers that have capitalized on new opportunities offered by the DCFTA. As discussed in our previous publication on ISET Economist Blog, Georgian wool met all the required standards and successfully entered the EU market under the DCFTA. Another example is Kona, which produces different variations of herbal teas and met all required standards to enter the EU market.  Kona’s tea started with small amount of export to the Netherlands, but they have bigger plans for the future regarding new export destinations.

The DCFTA is a comprehensive agreement and is comprised of 15 chapters, each of which focuses on different issues related to the obligations and opportunities it offers, and reforms that need to be undertaken in Georgia. One such chapter is devoted to trade in goods. In this article, we will put the main emphasis on trade-related issues; more specifically, on agricultural trade, and review the changes that have been undertaken since signing the DCFTA.

THE TRADE RELATIONSHIPS BETWEEN GEORGIA AND THE EU: EXPECTATIONS

Expectations regarding the export of products subject to duty-free tariff-rate quotas within the DCFTA are high. According to the report EU agreement about the DCFTA and Georgia (the Economic Policy Research Center,2014), economic benefits generated because of the DCFTA will increase Georgia’s GDP by about 6.5%. Furthermore, the report predicted that the country’s export amount would increase by 13.5% within five years. The most optimistic expectations were regarding the export of textile products, which are expected to increase by 55%, while export of food and non-alcoholic beverages will increase by 4%. Other research reports (ECORYS and CASE research, 2012) claimed that Georgia’s export would increase by 12% in the long-run, while imports by 7.5%, and GDP would increase by 4.3% in the long-run. As a result, Georgia’s trade balance is expected to improve. The sectors that mainly gain these benefits (68% increase of output) will be chemicals, rubber and plastic. Output of machinery and equipment and primary metals will increase by more than five percentages. Whilst output of livestock and meat products, other processed foods, electronics and computers, and other manufacturing is expected to decrease by 8-24%.

While setting positive expectations, it is interesting to look at Georgia’s main trade partners. During the last five-year period, the top export countries for Georgia were mainly neighboring counties; for imports, neighboring countries and also China and Ukraine (Figure 1, Figure 2). Observing the trade indicators over the years, trade partners are almost the same for imports (Turkey, Azerbaijan, Russia, China, Ukraine, and Germany) and exports (Azerbaijan, Armenia, Russia, Turkey, and Ukraine).

The EU is one of the largest trade partners for Georgia. The EU’s share of total Georgian imports was 28% in 2017, and for exports, 24%. Total exports have been more or less stable since 2014, except for 2016, when an 11% decrease was observed (Figure 3). Specifically, for agriculture, in 2017, the EU’s share of Georgian imports was 22%, and its share of exports was 19%. During the same period, the top export products were hazelnuts (shelled), spirits obtained by distilling grape wine or grape marc, wine, mineral and aerated waters and jams, jellies, marmalades, purées or pastes of fruit.

Based on the export figures (Figure 3), it is not yet possible to analyze the trend in Georgia’s exports to the EU due to the insufficient passage of time. Prior to 2015 (before the full enforcement of the DCFTA), Georgia’s agricultural exports to EU countries (including Great Britain) increased by 20% compared to the previous year. This positive trend remained in 2016, when the same indicator increased by 5%. In 2017, which was quite bad year in terms of harvest in Georgia, we observed a 38% decrease in the country’s agricultural export to the EU (Figure 3). This decrease was mainly caused by a significant decrease (64%) in hazelnut exports during the same period. The reason for such a large decrease is that hazelnuts suffered from various fungal diseases due to unfavorable weather conditions in 2017. The Asian Stink Bug invasion worsened the situation, and in the end, hazelnut exports dropped dramatically in both value and quantity.

It is interesting to observe agricultural trade within the same time period with CIS countries. In 2017, CIS’s share of Georgian imports was 51%, and its share of exports was 60%. The top export products in CIS countries were wine, mineral and aerated waters, spirits obtained by distilling grape wine or grape marc, hazelnuts (shelled), and waters, including mineral and aerated, with added sugar, sweetener or flavor, for direct consumption as a beverage. As we can see in both EU and CIS countries, the top export products are more or less the same. However, the main export destination market for Georgian hazelnuts are EU countries, but wine is mostly exported to the CIS countries.

Due to the worsened economic situation in CIS countries, Georgia’s agricultural exports to these countries had decreased by 37% in 2015. Such a sharp decrease was mainly driven by a significant decrease in the export of alcoholic and non-alcoholic beverages, hazelnut, and live cattle. However, since 2015, Georgia’s agricultural exports to CIS countries have been increasing; we observed a slight 2% increase in the value of agricultural exports in 2016, and the same indicator was 37% in 2017 (Figure 4). That was mainly caused by the increased exports of alcoholic and non-alcoholic beverages (wine by 61%, spirits by 28%, mineral and aerated waters by 22%).

Two years after the DCFTA came into force, it is challenging to discuss its impact on Georgia’s agricultural trade, because not enough time has passed. Georgia’s share of agricultural export to CIS countries is significant (60%), even though Georgia has started diversifying trade partners. According to the report DCFTA Risks and Opportunities for Georgia (ISET Policy Institute, 2016), the DCFTA did not represent a significant breakthrough, as the previous regime (GSP+) with the EU was already covering most products. Furthermore, niche agricultural products such as wine, hazelnut, and berries, need five to six years to be valuable for commercial purposes.

Another important issue is meeting the standards to enter the EU market. Georgian producers should decide whether to make investments to develop the quality of their products, or market their products to other countries that do not require compliance with the EU’s strict standards. For instance, on January 1, 2018, Georgia entered the Free Trade Agreement (FTA) with China, which creates better opportunities and benefits for Georgian exporters.

On June 15, 2018, the Farmers’ Congress discussed the opportunities and challenges of the EU-Georgia DCFTA, focusing on small and medium size farmers and agricultural cooperatives.  Pati Mamardashvili, the Head of the Agricultural Policy Research Center at ISET-PI, stated that “the challenges of small and medium size farmers and agricultural cooperatives are not specific to the DCFTA’s implementation. Rather, they reflect the very low level of the development of Georgian agriculture, whether with regard to production, value addition, or the marketing of agricultural products. Current adjustment costs should be considered as long-term investments in the modernization of Georgian agriculture and the development of efficient food systems in the country.” On the path to European integration, the private sector should play an important role in dealing with sectoral challenges and capitalize on the opportunities that DCFTA offers.