Georgia’s New Immigration Law: Many Losers and no Winners 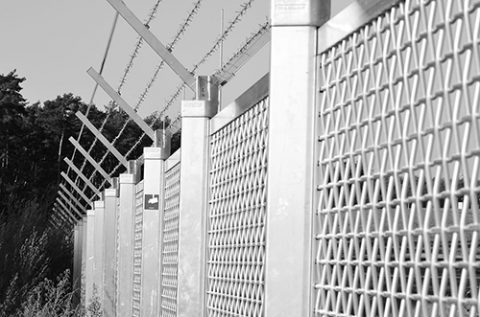 This year, the International School of Economics at Tbilisi State University (ISET) admitted nine Armenian students and one from Azerbaijan. They came to Tbilisi for a preparation course in August and all of them applied for residency permits before the first of September. All applications were exactly identical. Out of ten students, seven got their permits, two were denied, and one is still in process. The reasons for rejection were stated in most general terms, relating to Article 18 of the new immigration law. That article reads:

“An alien may be denied a residence permit in Georgia if there is a decision of an authorized body on the advisability of his/her residence in Georgia with regard to safeguarding state security and/or public safety interests.”

It seems logical that, if the two Armenian students who were denied residency permits are a threat to “state security” or “public safety”, they should not have been allowed into Georgia in the first place. But they did enter the country and can even stay here for three months, ample time to wreak havoc on Georgia. Denying residency out of security concerns – without denying entry to the country – is pointless.

As things currently stand, the students in question will have to leave the country and discontinue their studies at ISET. The only option given to them is to appeal this decision in court, and this process will take months. The career plans of these two students, who had prevailed in a long and difficult selection process, are now irreversibly damaged. This is a tragedy for those students, for ISET, but also the country of Georgia.

A LAW FULL OF FLAWS

The new immigration law (and the manner in which it is being implemented) is already causing huge waves in the Georgian expat community. It is a subject of heated discussions on Facebook, at business meetings and parties. For one thing, the law poses unnecessary cost on those seeking residency. The most serious issue is that foreigners cannot apply for residency if they entered Georgia without a special visa which can only be obtained abroad. This rule was not communicated well, and it is not a good rule. Israel, for example, allows everybody to apply for residency inside the country within the three month stay that every visitor is granted. In Georgia, we know of employees of international organizations who now have to return to their home countries just for applying for a visa at the local Georgian embassies. And it remains to be seen whether Georgian embassies are capable of efficiently dealing with these visa requests.

ISET is not the only university feeling the heat of new immigration regulations. In particular, it undermines the business model of Georgia’s medical universities which “sell” their educational services to foreigners. International students are typically not aware of the intricacies of Georgian visa regulations. Some had just returned for the start of the new semester only to find out that they have to go back to their home countries for a month in order to apply for special student visas, which means that this semester is lost for them. Who knows whether they will return at all?

Another heavy flaw in the new law is the way in which it treats people who do not have regular employment. These may be freelancers with highly demanded expertise (such as architects and engineers) but also artists, persons engaged in culture, and “bohemians”.

Thanks to many of these irregularly employed foreigners, Georgia was about to become a "cool" place, something that can be easily confirmed by reading their declarations of love for Georgia on the internet. To a considerable extent, this development came about because Georgia was so successful in attracting artists, bloggers, travelers and generally interesting people (who are considered to belong to the “cultural capital” of a country in economics).

Being a “cool” place is not about having a lot of people who work from 9 to 5 every day, as Georgian lawmakers may have thought. Rather it is about artists and cultural entrepreneurs who may indulge in a precarious and unpredictable life. These people have a positive impact on the atmosphere in a city, helping transform a boring, provincial place into a cosmopolitan hotspot. And this has economic implications, because it is much easier to attract economically relevant people to places which have a culturally attractive international atmosphere, like Amsterdam and London. Georgia may now be squandering the advantage it had over much richer places like Almaty, Baku, and Tashkent.

It is a widespread misconception that the changes in immigration policy were forced upon Georgia by the Association Agreement (AA) with the European Union. The AA text, however, includes only very general statements concerning immigration policy. None of its provisions would force Georgia to (immediately) copy – lock, stock and barrel – European immigration laws.

References to “standard international practice” that are being made by government officials defending the new immigration laws are also completely misplaced. Yes, most EU countries do regulate migration, yet, Georgia is far from being a typical EU member state and faces completely different challenges.

While Europe is trying to prevent low-skill immigrants from other continents to “invade” the European habitat and destroy its “way of life”, Georgia’s labor market is in dire need of every European engineer, lawyer, expert farmer and teacher it can attract. Unfortunately for Georgia, there are only 250-300 Germans living permanently in Georgia (based on the German embassy’s database), as compared to 15,079 Georgians officially registered in Germany. Florian Biermann, writing this article, is one of these German citizens, teaching modern economics at Tbilisi’s International School of Economics along with professors from Italy and Israel, US and Canada, UK and France, Ukraine and Armenia. The purpose of Georgia’s immigration policy should be to make it easier for experts to enter and reside in Georgia, not to create artificial bureaucratic barriers on their way here.

While it is much more difficult for a Georgian to get residency in Germany due to its restrictive immigration policies, the economic opportunities available in Germany still attract many people from outside. Georgia, on the other hand, is not (yet) a primary target of international migration, and is therefore not (yet) in a position to be restrictive about its immigration. The fact that many more Georgians legally reside in Germany than the other way around clearly demonstrates this point.

As there are no social welfare payments for foreigners (a huge issue in “socialist” Europe), Georgia could afford to have open borders and liberal labor markets. It reaped all the benefits from this policy without having to deal with the disadvantages. In addition to consuming local products and services, the bohemian or the freelance journalist and blogger who chose to settle in Georgia created a lot of (absolutely free) publicity for Georgia and its wonderfully hospitable culture. Not having formal Georgian employment, many of these people are now being denied residency, which is equivalent to shooting the Georgian economy in the foot.

We wonder if anybody in the Georgian government is aware of what this new policy is doing to Georgia’s image, its economy, education, and tourism. It would be reassuring to know that someone is taking note and discussing a possible way out. For now, it looks like Georgia is going back, not forward.