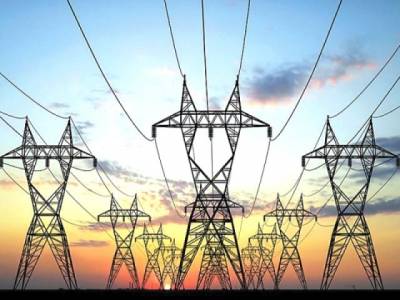 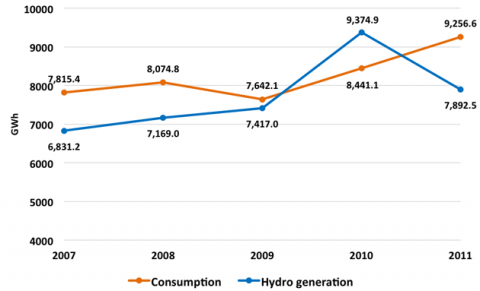 The data for the last two years is, however, a bit disturbing. While domestic consumption continues to grow (with an annual rise of 9.7% in 2011 and 3.6% in 2012[1]), hydro generation has fallen quite dramatically. In 2011, hydro generation dropped by 15.8% compared to 2010, and in the first nine months of 2012 it continued to decline by 7%, compared to the same period of the previous year.

The growth of consumption and drop in hydro power generation naturally resulted in an increase of thermo power generation and electricity imports, and in a decrease of electricity exports. Thermo power generation increased more than three times in 2011 and, judging by the nine months of available data, it is likely to maintain this level in 2012. Imports increased more than two times (growing by 112%) in 2011 and in the first nine months of 2012 Georgia has already imported 422.45 GWh (a growth rate of 84%, which means that imports are going to almost double again). At the same time, exports decreased by 38% in 2011 and in the first nine months of 2012 Georgia exported only 527.6 GWh (a decrease of 40%). Considering the fact that the three months left in 2012 are winter months, when hydro energy is running on a seasonal low and imports grow accordingly, it is easily possible that, after a period of six years of being a net exporter, Georgia is now going to close the year as a net electricity importer. 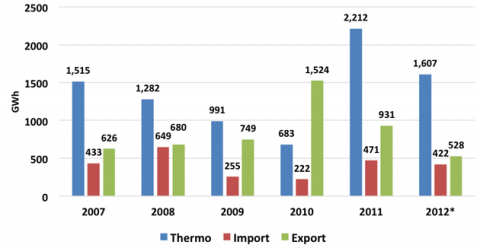 At the first sight, it seems that something is wrong with Georgia’s hydro power generation; however, if we look more precisely, the situation might not appear so alarming. In 2011 government officials declared that it was a “dry year” after a “rainy year” (2010), and indeed, it should be noted that 2010 was a clear outlier. Thus comparing 2011 to 2010 is not quite fair. If we compare 2011 to 2009, we could actually say that hydro generation has continued to grow and there is nothing to worry about.

It is, however, the data from the first nine months of 2012 that leaves a disturbing impression. First, if 2011 was just a ”dry year” then what should we call 2012? “Even drier”? In any case, it seems that hydro generation in 2012 will be almost the same level as in 2009, which creates the impression that the existing working capacity of  hydro power has exhausted its ability of improve further.

So let’s hope that the new government, and particularly the (likely) new Minister of Energy, former AC Milan footballer Kakha Kaladze, will be able to meet this challenge. Otherwise, Georgia will not be able to continue its ambition of being a net electricity exporter.