Jun 30 Posted by Eric Livny in Agricultural and Rural Policy 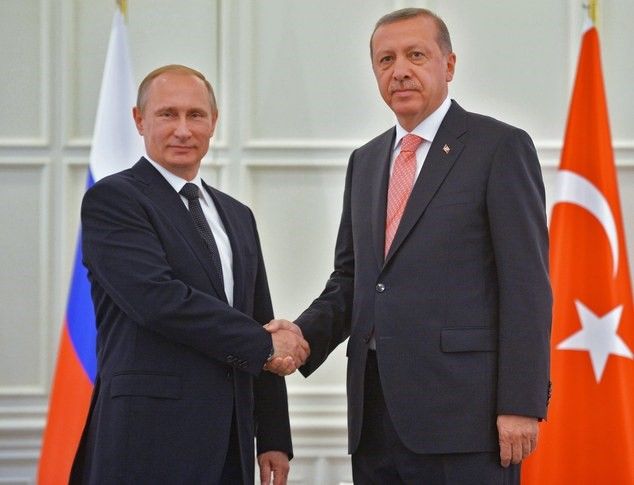 Retail FPI reached its lowest mark at the end of June with the main drivers being fresh fruits and vegetables. On the one hand, price declines in the fresh produce category are always expected at this time of the year, however, the 10.1% y/y decline in prices comes as a nice surprise for those poor consumers who could not escape 30+ temperatures and stayed in Tbilisi. Such a sharp annual change in prices requires an explanation other than seasonality. 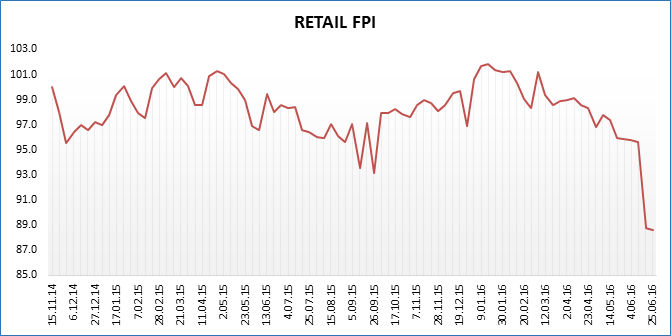 One place to look for an explanation is Turkey. Ever since downing the Russian Su-24 over Syria, Turkish fruit and veggies were banned from the Russian market. Come high season, Turkish agricultural producers and traders started aggressively looking for alternative markets. Official data that are currently available to us do not allow to disaggregate Georgia’s fruit and vegetable imports by source country. However, we do observe very strong y/y growth in the overall fruit and vegetable imports during the first 5 months of 2016 (up 7.7% in value). Turkey is likely to be behind this increase in imports. Moreover, given that Turkey is dumping its fresh agriculture products on the international markets, the increase in the physical volume of fruit and vegetable imports is certainly larger than 7.7%, resulting in a glut.

FPI survey is only targeting Tbilisi-based supermarket chains, which may somewhat bias the results. With the summer heat wave hitting the capital, many families have moved to their summer cottages and villages. As a result of this seasonal migration, demand for food is likely to have increased in rural Georgia at the expense of Tbilisi. This suggests that food prices may not have declined by as much outside the capital.

WHO IS WINNING AND WHO IS LOSING FROM LOW FOOD PRICES?

To the extent that food prices decline as a result of increased supply, low prices benefit consumers but are bad news for Georgian producers. How about the retail sector? Well, even though food demand is relatively inelastic, if at all, food consumption is likely to increase as a result of lower prices. Regardless, however, supermarkets may still be able to charge reasonable markups.

If, on the other hand, food prices decline as a result of weaker demand, supermarkets stand to lose, big time. The latter effect appears to be dominating in Tbilisi, at least according to ISET PI’s Business Confidence Index (BCI) data. Our BCI survey suggests that retail (in general) was the only sector that experienced a setback in actual performance and expectation in the second quarter of 2016. BCI for the food retail sector has taken a hit of 8 index points (on a scale of -100;+100).

The situation for Georgian producers may get better in light of Erdogan’s recent apology letter and the expected rapprochement between Turkey and Russia. If Russia lifts its ban on Turkish products, we may see less agricultural products inundating the Georgian market, restoring the status quo in the food retail market.