“Fly To Georgia” Program to Dramatically Improve Air Transportation Options to and from Georgia Starting October 1, 2016 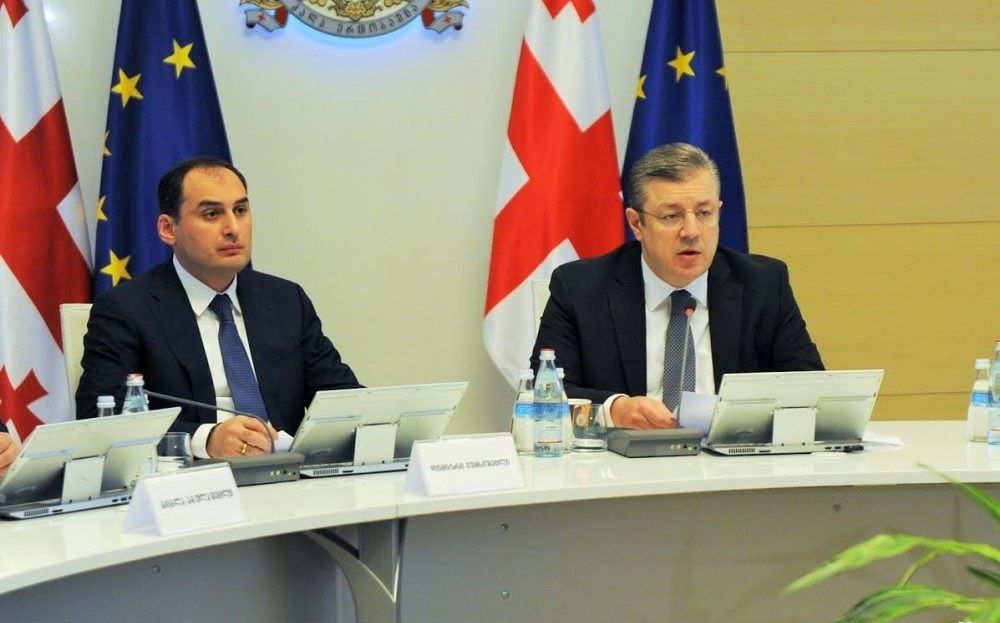 As has been reported earlier, the recent deal struck by Georgian PM Giorgi Kvirikashvili and Wizz Air CEO Owain Jones led to a decision by the company to start – already in September 2016 – base operations in Kutaisi and launch new twice or thrice-weekly service from Kutaisi to Berlin, Munich, Milan, Dortmund, Larnaca, Sofia and Thessaloniki.

To follow up on this breakthrough development, the government has just unveiled plans to further expand the range, and dramatically reduce the cost of, regular direct flights between the TAV-operated Shota Rustaveli Tbilisi airport and destinations in Western Europe, North America, China, India and Japan. The new “Fly to Georgia” program has been presented and discussed this morning at a roundtable involving Georgian and international tourism industry stakeholders, PM Kvirikashvili, Minister of Economic and Sustainable Development Dimitri Kumsishvili, Minister of Finance Nodar Khaduri, and head of the Georgian National Tourism Agency Giorgi Chogovadze.

The central element of the new program are rebates of up to $500 per passenger arriving in Tbilisi from selected high value destinations. The formula for calculating the size of rebate will be based on the cost of ticket and the amount of money spent on Georgian goods and services.

According to Minister Kumsishvili, the main presenter at the event, “the government’s purpose is to attract high-end tourists who tend to spend relatively large amounts of money on hotels, restaurants, shopping and entertainment. In this way, “Fly to Georgia” will boost local producers and service providers in the low season.”

The rebates will be offered from September 30 till June 1 of each year, a period during which Georgia’s entire hospitality industry maintains very large spare capacity.

To easily account for the amounts of money spent by individual tourists, together with small bottles of Georgian wine, passengers will be handed a special “Spend in Georgia” credit card, to be issued by Georgia’s major commercial banks in partnership with the government. The cards will also provide discounts for purchases at participating businesses. Alternatively, tourists could record their purchases using an easy-to-install “Discover Georgia” iPhone or Android app providing, as additional services, survival Georgian vocabulary, Georgian-to-English and English-to Georgian voice translation, maps and information on nearby hotels, restaurants, museums, as well as entertainment and sightseeing options.

Negotiations are currently underway with major European, North American and Asian carriers scrambling to enroll in the program. Up to 10 carriers will be selected, based on available estimates of potential impact on passenger traffic and income from tourism. Among current frontrunners are American Airlines, British Airways, Air France, Japan Airlines, Air China and Fly Emirates.

Speaking via video, American Airlines’ CEO Doug Parker noted that “like many of other reforms Georgia has implemented, “Fly to Georgia” reflects very refreshing thinking, completely out-of-the-box. The American public has considerable appreciation for Georgia’s pro-Western stance and its stellar record in anti-corruption reforms. By reducing the cost of travel, “Fly to Georgia” will help translate this appreciation into actual tourism and investment figures. We, as the largest American carrier, will be honored to serve as a bridge connecting the Georgian and the American people.”

Giorgi Chogovadze presented GNTA’s analysis of the Georgian tourism and hospitality sector, which underpins the “Fly to Georgia” program. According to him, 2015 was an excellent year for the industry, after a temporary slowdown in 2014, caused by a global slump in travel and tourism, on the one hand, and Georgia’s ill-timed experimentation with restrictive visa policies, on the other.

Chogovadze reported that, in 2015, "the total number of international arrivals has set a new record of almost 6mln. However, only 2,23mln of these were genuine tourists, that is people who spent at least one night in Georgia. The vast majority of arrivals are transit visitors from neighboring countries with which Georgia has a land border. These transit visitors strain Georgia’s infrastructure without contributing almost anything to its economy. The truck drivers among them pay a fee of 250GEL per trip. Most others eat a khachapuri".

Another concern for Georgia, according to Chogovadze, is the fact that only 764 thousand visitors arrived by air in 2015. These are typically tourists who stay and spend in Georgia. However, even within this group, only 334 thousand were high value tourists from North America, Western Europe, Asia and the Middle East. Tourists from these regions are indeed the main target for the “Fly to Georgia” program.

Finally, a major problem addressed by “Fly to Georgia” is the extremely high concentration of foreign arrivals in a very short period around July and August, with another smaller peak in the ski season. While creating seasonal jobs and bringing foreign currency, such a sharp seasonal peak in mass tourism carries many negative externalities by straining the environment and creating congestion. The highly pronounced seasonal pattern also negatively affects the hospitality industry by reducing incentives to invest in physical capital and skills (which remain idle or underemployed for up to 10 out of 12 months).

Chart 1: Seasonal fluctuations in arrivals by air and hotel occupancy rate in Adjara

To increase Georgia’s attraction as an offseason touristic destination, the government also plans to invest in water and mud spa resorts such as Tskaltubo, Borjomi/Bakuriani, and Akhtala. The experience of Sairme, a spa resort brought back to life in 2012 through a Public Private Partnership involving the World Bank and a private Georgian business, suggests that this sector has tremendous all-season potential, provided Georgia’s air transportation options are improved. Having developed master plans and marketing “teasers”, the government is currently on the lookout for foreign and domestic investors interested in the sector.

PM Kvirikashvili emphasized that "Fly to Georgia" complements the efforts of Georgia’s hospitality industry investors. According to him, “in the coming year or two, Georgia will see the opening of more than 60 additional hotels with a total extra capacity of almost 40,000 beds. These include 5-star international brand hotels such as Intercontinental, Hilton Park Inn, Rixos and Hyatt in Tbilisi; Radisson Blue in Tsinandali, and Crowne Plaza and Babylon Tower in Batumi. These investments will greatly benefit from a steady flow of tourists from Western Europe and North America.”

The only person who seemed to have any concerns about the new government initiative was Minister of Finance Nodar Khaduri. While others were singing praises, Nodar was quietly calculating the cost of “Fly to Georgia” for Georgian taxpayers. Assuming that the number international arrivals from premium destinations will stay at the current level of about 300 thousand, the cost of rebates may reach $70mln. He was not able to immediately assess whether or not the program will generate sufficient bang for the buck.

“Georgia should take this risk,” responded PM Kvirikashvili. “Having regular transport connections with developed countries will provide us with a perfect opportunity to strengthen our businesses and create jobs. Also, money is not the only criterion for judging the merits of this program. It is as much about the economy, as it is about building cultural and social links with Europe."

The author is president with the International School of Economics at Tbilisi State University and ISET Policy Institute, and advisor to the Georgian Minister of Economic and Sustainable Development