Equal Rights Are Not Just for Women: Are We Ready for New Paternity Leave Policies in Georgia? 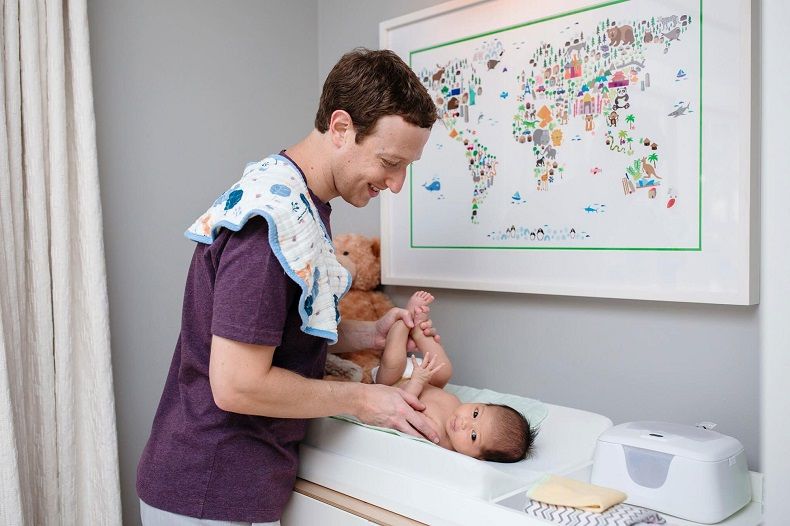 The following blog article was conceived of within the deliberations of a project, together with UNFPA, related to the cost assessment of potential changes to the leave policies of working parents. Admittedly, like the majority of the population, I had no idea that men in Georgia have the opportunity to take leave intended for childcare. It is a fact that since 2011 the number of fathers who have taken “childcare” leave can be counted on just two hands (including the ISET Alumnus, Giorgi Balakhashvili). As a future father this topic proves to be particularly interesting, and in the following sections I will offer a brief overview of the existing regulations behind Georgian leave policies, compare them with European practices, and underline the economic and social implications of paternity leave.

a) Maternity leave – available only for mothers and taken just before, during and/or immediately after childbirth. This leave is generally considered a health and welfare measure, aimed at protecting the health of mothers and newborn children.

b) Paternity leave – available only for fathers and usually taken soon after the birth of a child. The purpose of the leave is to enable fathers to spend more time with their partners and newborn children.

c) Parental leave – is available equally for mothers and fathers. This leave offers all parents an equal opportunity to take care of and spend time with young children. Moreover, parental leave may be either transferable or non-transferable, an individual or a family right, which may be divided between the parents.

It is notable that neither the Labour Code of Georgia nor the Law on Public Service recognizes the terms “maternity”, “paternity” or “parental” leave. There is only one term - “Pregnancy, childbearing and childcare, and the adoption of newborns leave of absence”, which is a priori, associated with a leave available only for mothers. Even Google translate returns a stereotypical phrase- “დეკრეტული შვებულება” (“decree leave” in word-for-word translation), which is informally used to describe working parents who take leave for childcare, such as maternity leave.

The leave policy in Georgia is slightly different for the public and private sectors. In the public sector, a maximum of 730 days are allocated to “pregnancy, childbearing and childcare, and the adoption of newborns leave of absence” (this de jure leave can be taken either by the mother or the father), of which 183 days are paid.1 Additionally, the public sector payment rate is 100% of the parents’ current salary. Under the current law, there is no clear division of days between maternity or parental leave. Thus, de facto, mothers decide how to distribute the days of leave between pregnancy, the stage after birth, and the time needed to take care of a child.

The current legislation for leave in the private sector, almost, duplicates the law for the public sector – there is no division between mother’s and father’s leave, and the amount of total and paid days remains the same. However, the main difference is the reimbursement ceiling of 1,000 GEL, which implies that an employee on leave is paid a full salary, although the total amount of compensation for the entire leave is limited to a maximum of 1,000 GEL. This leave is paid by the government, and the private sector is not obliged to pay any additional compensation to its employees.

The indistinct definitions of the terminology within the leave policies of the existing legislation are perhaps a key reason behind poor societal awareness. Furthermore, the system presently creates overwhelming difficulties for fathers to obtain all the documentation required for leave. As a result, Georgia has practically zero fathers utilizing leave.

The leave policy in the European Union varies by country. Only 18 of the 28 EU countries offer paternity leave, with the average length of 12.5 days (from 1 day in Italy to 64 working days in Slovenia). The compensation is usually linked to the duration of the paternity leave, with shorter periods being fully compensated - 13 countries compensate 100% of the previous income. While parental leave is provided by all EU member states, with an average length of 87 weeks (from 18 weeks in Cyprus to 2 years per parent in Greece). The compensation rates vary between 25% and 100% of previous earnings, with only six countries not offering any compensation at all (some countries provide a flat rate, ranging from €139 per month in Poland to €1,778 per month in Luxembourg). Compared to Georgia, where leave payments are financed solely by the government budget, and additional compensation for private sector employees is dependent on the good will of companies, leave payments by EU member states originate primarily from contributory insurance funds, financed by both employers and employees, and at times from general taxation.

Despite the existing leave policy for fathers, the average take-up rate of male parental leave is only 10% in the EU, ranging from 0.02% in Greece to 44% in Sweden (data for paternity leave does not exist). These rates can be explained by several factors, such as low levels of compensation for paternity and parental leave; a lack of flexibility in the timing of leave; restricted eligibility (for self-employed fathers, or those with a short or unstable work history); and the cultural norms and perceptions regarding gender division.

The role of gender is perhaps the most important obstacle behind increasing the uptake of male leave in Georgia. According to the study “Men and gender relations in Georgia” (UNFPA, 2014), 30%-42% of fathers never prepare food, change diapers, or bathe children aged 0 to 6, and the percentage of men who take care of a child on a daily basis is below 18%. The same study reveals that 89% of the respondents (an equal number of men and women) consider the main responsibility of women to be taking care of their families. Therefore, it is possible that not only the current “discriminating” legislation and the lack of available information on leave, but also cultural mentality and fathers’ fears regarding “traditional” behaviors are responsible for keeping the number of fathers who have used leave within just one-digit.

WHY DOES IT MATTER?

Nevertheless, it is important to ask, why is the promotion of paternity and father’s parental leave so important?

It is notable that there are different studies emphasizing the positive economic, social, and demographic effects for increasing the uptake of father’s leave. By promoting paternity leave and parental leave taken by fathers, policy-makers typically aim to facilitate an equal division of housework and childcare between women and men, thus supporting the return of mothers to employment and equalizing the conditions in which both women and men enter the labor market. An increased uptake of father’s leave also reduces the so-called “motherhood penalty” – where women exit employment, more so than men, after the birth of a child (Miani & Hoorens, 2014). Moreover, often when women manage to return to the labor market immediately after birth, they often take poor quality part-time jobs with lower salaries and limited opportunities for career development (Crompton, 2006). This concept is known as the “child penalty”, which frequently also increases the gender pay gap (GPG). Thus, an increase in the take-up rate of leave by fathers reduces the “child penalty” for women and, consequently, shrinks the GPG by allowing mothers to return to full-time work. Furthermore, the poor take-up rate of paternal leave creates a gender pension gap - the difference between male and female accumulated pensions, which is estimated to be 40% in the EU. The increased uptake of leave by fathers can also further reduce the extent of career interruptions and part-time employment of women, and potentially cut the GPG (all leading causes of the gender pension gap), by reducing the uptake of mother’s leave (European Commission, 2014).

It is noteworthy that an increase in the uptake of father’s leave also positively affects certain social outcomes. Firstly, it equalizes the division of paid employment, unpaid care and housework between men and women, leading to an improved work-life balance. Secondly, fathers’ additional involvement in parental activities positively affects cognitive relationships, bonding fathers with their children (Huerta et al., 2013, Cools et al., 2015). Furthermore, the active involvement of fathers in childcare may also encourage women to have more children, which raises fertility rates and can lead to positive demographic forecasts (Duvander & Andersson, 2006).

Such positive socio-economic and demographic outcomes behind the increased uptake of father’s leave seem quite relevant in Georgia. It is possible to reduce the rather large gender wage difference (the average female wage equals 64.3% of the male wage); diminish the risks of facilitating gender equality, utilizing the newly introduced pension system; and improve the weakened demographic situation in the country.

Finally, I wish to ask a simple question to potential fathers – would you take paternity or father’s leave in order to take care of your child?

Crompton, R. (2006). Employment and the Family The Reconfiguration of Work and Family Life in Contemporary Societies. Cambridge University Press.

1 200 days are paid in the case of multiple births.