Does Productivity Increase with Farm Size?

Sep 18 Posted by Eric Livny in Agricultural and Rural Policy 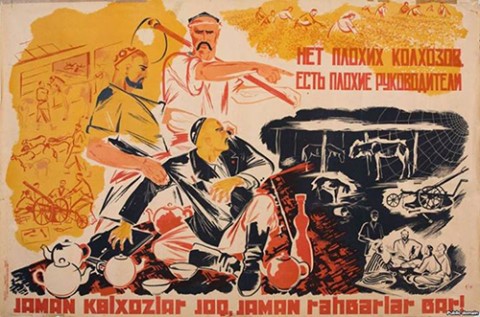 Ukraine’s agriculture started progressing after the land reforms of 2001, which established an effective land rental market. While the titles to land still belong to former kolkhoz and sovkhoz members, agricultural land can now be easily aggregated and leased to interested businesses. Given the ease of entering and exiting the industry (and of extending farm size), this reform has unleashed a fast process of land consolidation (particularly until 2008) and productivity growth. Some of Ukraine’s largest farms currently span close to 150,000ha.  For comparison, Georgia’s largest privately owned farms are just a few thousand ha in size.

A recent paper, "Are Mega-Farms the Future of Global Agriculture? Exploring the Farm Size-Productivity Relationship for Large Commercial Farms in Ukraine,” by Klaus Deininger, Denys Nizalov and Sudhir K. Singh (see more here) tries to make sense of the available data. While the increase in farm size and productivity growth coincided in time, the main goal of the paper was to investigate whether there has been a causal relationship between the two. Namely, whether Ukrainian farms became more efficient through expansion or whether there may have been other factors affecting both farm size and productivity. The main result from the statistical investigation conducted by Deininger et al is that “economies of scale” have not been as powerful as one may be led to believe. Large farms may be more productive simply because they are located in better (more fertile) areas, have better access to irrigation infrastructure, and/or have superior management.

The policy implications are rather straightforward. Land consolidation does not by itself lead to efficiency gains. In fact, poorly managed “megafarms” could fail in a spectacular fashion. While for many crops farm size matters, beyond a certain threshold success in agricultural development is contingent on the provision of complementary public goods and the ability to attract, train and retain agronomic and managerial talent.

A question that was left outside the scope of the paper is what role did land consolidation play in making the sector more attractive for investors and Ukraine’s young managerial and agronomical talent. The possibility of establishing large farms and, even more so, form large agribusiness holdings, could have sparked a round of investment in physical and human capital that Ukraine needed so badly.