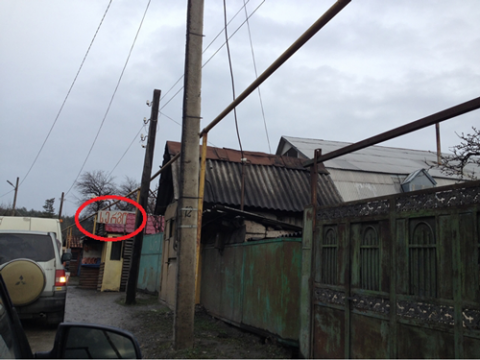 Many of the influential critics of capitalism shared a sentiment that life under competitive pressure is not good for human beings. Marx felt deep uneasiness about the fact that workers have to “sell” their workforce -- he feared that this would contribute to “alienation” between the worker and their work. One of the main objectives of the Socialist society was therefore to create a new kind of human, a human who would not compete with others in the market arenas and who would not be driven by selfish motives. Rather, the human grown in Socialism would cooperate with others to foster the goals of the collective.

Less radically, even if not dreaming about creating a new kind of human, many believe that living in a competitive environment brings about problematic personality traits like materialism, greed, and selfishness.

But is that true? Did the Soviet economic system really bring the better out of the people?

Some casual observations do not support this view. In Soviet organizations, lacking any competitive pressure, people were conspiring against each other, there was a lot of bullying, and the whole economy was permeated with nepotism and other corruption.

In an organization operating in a competitive environment, on the other hand, everybody depends on the success of the whole. Bullying rarely hits people who are essential for the functioning of the organization – nobody bullies the expert surgeon in a hospital if he is the one who attracts the patients to come to that hospital. In communism, on the other hand, the hospital staff may be glad about having to cater less patients, and getting rid of the expert surgeon may be a convenient way to achieve this goal. Likewise, nepotism and corruption are punished in competition by the disadvantages they cause for economic success.

Likewise, the willingness to pay for charitable purposes is most developed in the United States – the mother of all capitalist societies. In the countries of Western Europe people much more rely on the governments to take care of social problems and support vulnerable groups etc. One could argue that in this way the welfare states of Europe foster moral indifference among their citizens.

But let us look at Georgia. How does competition relate to typical “Georgian” values? Far from giving a conclusive answer to this question, let me report on two insightful experiences I made in my holidays.

INSIGHTS FROM THE COUNTRYSIDE

“When the only tool you have is a hammer, then everything looks like a nail” -- indeed, an economist cannot have holidays in the countryside without seeing the forces of supply and demand in every village. Even if I just want to enjoy food in a restaurant, questions about the market structure, monopolies, and competition come up forcefully.

I must admit that due to the fact that I have been raised in the 90s, when the country was struck by economic hardship, I have not seen many of Georgia’s impressive sights and beautiful places in my childhood. Now, as a grown-up and a mother, I am gradually trying to close this gap.

Recently, our family visited the vicinity of Bakuriani. After we drove to Rabati, we carried on to Abastumani. The road appeared longer than expected and everybody became hungry. We stopped at one of the local restaurants – actually, it was the only one along the road. A sign on the wall proudly announced that it was supported by an international organization, raising our expectations.

Yet we were utterly disappointed. In addition to an unfriendly waitress, there were problems with the food. Nobody apologized and we had to pay the full price, which was not lower than in Tbilisi.

Obviously, the problem here was the total lack of competition, giving this restaurant the market power of a monopoly. Being supported by an international organization reduced the competitive pressure even further. Being in such a cozy environment, they do not bother about the word of mouth, spreading their low food quality and abysmal service. In this comfortable situation, they also do not need to develop any entrepreneurial initiative, like registering on Trip Advisor or any similar tourist guiding applications. Even hospitality, the frequently praised most noble character trait of Georgians, goes down the drain when there is no competition!

After this experience, I was much more careful about choosing restaurants. Fortunately, I remembered a lesson from “Principles of Microeconomics”: one can avoid informational asymmetries by relying on brands. Brands are, more or less, reliable, as misbehavior would devaluate the name of the whole brand, which is the most important asset for many companies. Yet small businesses cannot afford to establish brands, can they?

They can! Look at the photograph. There is a queue at the door of this guy’s booth, who is selling nazuqis (Georgian sweet bread) at the road of Surami, like his neighbors do, for years. We hardly managed to grab two breads, which were hot and yummy and of excellent quality, as we expected. Despite the New Year traffic, such queues were not to be seen at the neighboring shops, which were also selling nazuqis.

Again, we see the forces of competition in action. In the past, the nazuqi market came close to what economists call “perfect competition”: a number of booths that were selling identical nazuqis. These were offered by women who were standing outside, waving with the fresh bread. Then they started to engage in product differentiation, so as to reduce competitive pressure. Some became very innovative and started to have dummies outside, holding the bread, instead of women standing in front of the shops. However, the one shown on the photograph is the most popular booth, indicating just the name of a man, probably a head of the family.

The bottom line of my observations is that Georgians, when exposed to healthy competition, are efficient and creative, and they develop marketing skills. This is very encouraging – economic failure is not due to inherent shortcomings of people, but due to something that can be changed: market structure.

It is also comforting to see that some of the best character traits of Georgians, namely holding one’s word and caring about one’s reputation, are not offset in a market economy but rather encouraged. Failure to meet high standards is not induced by competition but by a lack thereof. A monopoly can turn even the most decent Georgian into a lazy bum. Yet if Georgians compete, their work becomes a matter of pride for them – they want to be better than others -- and nothing can stop them from being successful!