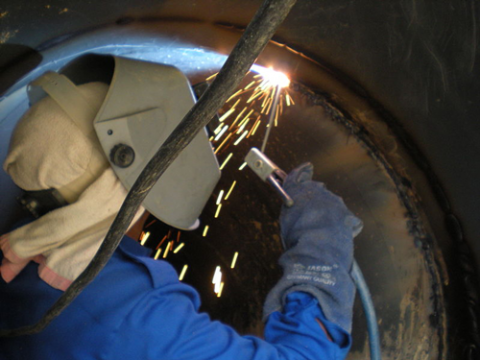 One of the most puzzling aspects of the Georgian labor market is what is known as the “qualification mismatch”. While unemployment is high, many positions remain vacant due to a lack of qualified applicants.

There is plenty of casual evidence that there is such a mismatch. Recently, a World Bank delegation we hosted at ISET reported about a meeting they had with Georgian entrepreneurs. One of those businessmen, active in the construction sector, was bringing welders from Turkey to Tbilisi, paying them extraordinarily high salaries (Turkish wage level plus compensation for working abroad). There were simply not enough local welders to do the job.

The career choices of young Georgians are also difficult to understand. Many are going for subjects like law, international relations, and management – all of which are not selling well in the labor market. Mathematics, on the other hand, is demanded by employers (at least in its applied branches), and it is arguably the only subject where Georgian universities can compete on an international level. Nevertheless, math is not much valued by young Georgians (see also the article “Math Education – an Engine of Economic Growth in the 21st Century” by Givi Melkadze, to be found on the ISET Economist Blog). Likewise, a representative of the German business association told me about companies that would like to expand their operations in Georgia yet cannot do it due to a lack of engineers.

The qualification mismatch was also shown to exist in serious studies on the Georgian labor market, for example “Georgia: Skills Mismatch and Unemployment Labor Market Challenges” (World Bank Report No. 72824-GE, 2013) and in several other analyses, some of them produced by the ISET Policy Institute.

There are a couple of potential explanations for this mismatch, for example an intrinsic aversion of Georgians to do jobs they consider “below their standards”. Many young Georgians see themselves as managers and lawyers, less so as welders. This preference for being an unemployed manager rather than a well-paid welder is something hardly observed in other countries, though in general qualification mismatches can be found all over the world (cf. Ghignoni and Verashchagina (2014): “Educational qualifications mismatch in Europe. Is it demand or supply driven?”, Journal of Comparative Economics, in press, or McGuinness and Sloane (2011): “Labour market mismatch among UK graduates: An analysis using REFLEX data”, Economics of Education Review 30, pp. 139-145). This attitude is remarkable for a developing country, and it might be related to the particular history of Georgian people. Perhaps, doing only “respectable” jobs was the Georgian peasant’s way to fend off economic impertinences feudal rulers tried to impose on their subjects.

The most important reason for the mismatch, however, arguably is a lack of information among job-seekers about what are the qualifications that are high in demand. This problem is aggravated by the young age at which many Georgians make their educational choices, often leading to immature decisions and herding behavior (“doing what the classmates do”). Moreover, Georgians often plan their career in a warped process, involving the whole family, including grandparents, parents, and uncles. Many of these advisors derive their wisdom from their own experiences in Soviet times and post-Soviet times, hardly relevant for the current situation. At ISET, we thought a lot about these problems, and the peculiar qualification choices of Georgians were discussed in many of our articles, for example “Education that Matters”, by Nino Abashidze, and “A personal view on why people ‘choose’ to get higher education in Georgia”, by Giorgi Mekerishvili, and “The Educational Choices We Make…” by Eric Livny (all to be found on the ISET Economist Blog).

If people do not know what they should learn to be economically successful, the most straightforward approach would be to just tell them. Those who are already on the job market but do not find employment may be an obvious group to start with, in particular as the Social Service Agency (SSA) of Georgia operates an infrastructure to collect information about job-seekers (through their webpage worknet.gov.ge) and assign them to vocational training institutions. As an amendment to these training activities, the SSA, World Bank, and ISET are considering to design a “recommendation system” to inform unemployed people in what field they should back up their skills to maximize their job market chances.

Compared to similar approaches in other countries, the system we envision is innovative in at least two respects.

Firstly, it does not only take into account employers’ wishes when making recommendations to job-seekers. If one does not consider the job seeker’s own preferences, it may happen that people may prefer to not participate in the vocational training system at all. And even if one can effectively incentivize job seekers to attend training programs, as it is for example the case in Germany, where the refusal to participate in training is sanctioned by a reduction of unemployment benefits, it is likely that involuntary training will be less effective. Therefore, it is problematic that studies analyzing the demand for qualifications in the job market tend to focus on employers’ demands while neglecting the preferences of the people who are to be trained (see, for example, Lettmayr and Nehls (2012): “Skills supply and demand in Europe: Methodological framework”, CEDEFOP Working Paper No. 25 or Shah (2010): “Demand for qualifications and the future labour market in Australia 2010 to 2025”, Center for the Economics of Education and Training Working Paper, Monash University).

Secondly, we plan to employ the machinery of modern econometrics to make recommendations that go beyond “informed guesses”. Given information about the job seeker and the economic environment in different sectors, we will answer the question: “How many months do we expect the job seeker to be unemployed in the year after the training if the training was in qualification X?” Here, X can be whatever is offered in the vocational training system at the location of the job seeker, for example welder, mechanic, accountant, or IT expert.

The pieces of information used for answering this question are the job-seeker’s personal characteristics (like age, gender, preferences, skills, and other information obtained through the website worknet.ge, operated by the SSA) and the current and future economic situation in different sectors. For evaluating the economic profitability of different skills, we would use value added tax data that can be decomposed into 45 sectors and updated on a monthly basis and we would draw on forecasts like the Business Confidence Index of ISET, which allows decomposition into 5 sectors.

The recommendation made to the job seeker will be: “Choose the training in field X if somebody with your personal characteristics, given the economic situation and outlook, has the lowest expected number of unemployed months (or the highest salary) in X in the year after training in X was received.” This recommendation is likely to be accepted by job seekers who want to maximize their employment chances (or maximize salary) if the system is credible and as transparent as possible.

If implemented, Georgia is once again going for innovative policy solutions, in this case making use of advanced economic methods. This is very much in line with the country’s reputation as one of the top reformers in the world. Whether the qualification mismatch can be fought effectively in this way has to be seen, but, given the severity of the problem, it is necessary to think outside the box and go for courageous reforms.