Can Georgia Develop a Knowledge-Based Economy?

Apr 21 Posted by Ia Vardishvili in Governance and Social Policy 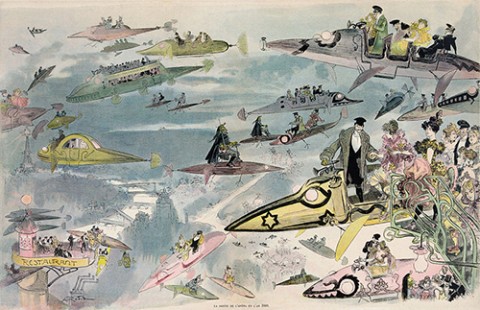 A few weeks ago, the Israeli ambassador His Excellency Yuval Fuchs delivered a speech at ISET, explaining the amazing transformation of Israel from what essentially was an agricultural state into what many economists call a knowledge economy. The ambassador reported that in his youth the foremost product Israel was known for were oranges. In the last thirty years, however, Israel created a high-tech sector that can compete (and in many aspects surpasses) the high-tech industries of the United States and Europe. Over 60 Israeli companies are listed in the US technology stock exchange NASDAQ, more than of any other foreign country, and many marvelous innovations, like Google’s “auto suggest” function or the RSA encryption technology, can be attributed to Israeli companies. The ambassador practically demonstrated the innovativeness of the Israeli economy by bringing his presentation slides saved on a smart card that could be kept in his wallet like a bank card. Moreover, he brought some Russian-language copies of Dan Senor and Saul Singer’s 2009 book “Start-Up Nation” for the ISET library, a book that describes how the Israeli economy became a cradle of innovations (if somebody is interested to know more about this story, they can come to the ISET library and read it there).

While Israel’s success may have to do with some special factors, in particular the immigration of smart people from post-soviet countries and the role of the Israeli army, Fuchs believes that also Georgia could develop a high-tech sector. In some respects, Georgia today is not that much different from how Israel was 30 years ago. The most striking similarity is, as mentioned before, the important role of agriculture in Israel until the end of the 1970s and in Georgia today.

WHAT MAKES A KNOWLEDGE ECONOMY?

The three traditional economic sectors are agriculture (the “primary sector”), manufacturing (the “secondary sector”), and services (the “tertiary sector”). One can characterize these sectors by their main input factors. The primary sector makes use of land and natural resources, the secondary sector mainly requires capital, and the tertiary sector draws on a nation’s labor force. The knowledge economy, sometimes called the “quaternary sector” of an economy, is based on human capital, i.e. education, knowledge, and other intellectual inputs.

A prudent economic policy can indeed foster the development of a knowledge economy, as shown by several examples. In 1996, Costa Rica, a small country with a population of 4.3 million people, beat Brazil, Chile, Indonesia, Mexico, the Philippines, and Thailand in a competition to attract Intel’s investment of $300 million for building a semiconductor assembly and development plant. Intel’s choice was based on many factors, like political and economic stability, taxes, and so forth, but the decisive aspect was Costa Rica’s high-skilled labor force. For most of the time after the Second World War, Costa Rica was an agrarian country, exporting coffee, bananas and pineapples. Yet while the economy was still focused on agriculture, after the restoration of democracy in 1948 it invested heavily in its education system. Spanish-speaking Costa Rica adopted a bi-lingual English-Spanish curriculum, and already in 1988, when personal computers were far from being standard equipment in offices and households, they introduced computers at public schools. Today, Costa Rica still produces bananas and pineapples, but its main export product are computer chips (similar to Israel, that still grows oranges and kiwis, but they do not account for a significant share of their produce anymore).

There are other examples that are closer to Georgia’s situation. Since the turn of the millennium, the governments of Poland, Bulgaria, Slovakia, and the Baltic countries worked out strategic plans for promoting their knowledge sectors. Typically, these plans have time horizons of 10 to 15 years, which is a rather short time if one intends to bring about fundamental changes in the economic structure of a country. For example, “Success Estonia 2014” was presented in 2002 and primarily aims to dovetail university research with research done in private companies. “Public-private” research is advantageous in as it incentivizes university professors to work in areas that have economic potential, making it more likely that discoveries can be transformed into marketable products and economic growth. Moreover, aligning public and private research is essentially an adjustment of public research agendas to private needs, hence it is an indirect way of subsidizing research in companies. But also universities can profit from a close cooperation with the private sector. It allows their students to work with companies while still being enrolled, fostering a smooth integration of graduates into the labor market, and of course it provides private funding for university research. In addition, students do not lose sight of potential applications of their skills. While it is nice for a nation to have experts in abstract fields without practical applications, for a society struck with poverty it may be more desirable if universities create entrepreneurs and start-ups.

The follow-up plan, called “Knowledge-based Estonia 2014-2020”, puts emphasis on the removal of bottlenecks that prevent the transformation of scientific potential into economic growth. The Russian “Innovation Strategy 2020” is another such transition plan, and also Singapore replaced its “catching up” strategy with a knowledge agenda. To that end, Singapore’s government established an “Economic Review Committee” which is coordinating the various efforts to promote the knowledge sector.

Ramat Gan, a suburb of Tel Aviv. In the 1970s, Israel was mainly an exporter of Oranges and other agricultural goods. Today it has an economy that competes in the high-tech sector with the US and Europe. Photo: Wikimedia Commons.

While Costa Rica shows how one can steer economic development towards knowledge industries, it also shows that this usually takes plenty of time. A knowledge economy cannot be established in a fortnight, but requires long-run investments in education and research institutions, possibly for decades. And here Georgia has obvious deficits. When teachers and professors belong to the worst-paid group in the labor force, there is no way how an economy could develop a strong knowledge sector. For a knowledge economy to pick up, schools and universities must recruit its teaching personnel from the best students of each cohort. Yet in Georgia, no sane person wants to become a teacher. In contrast, in a country like Germany the average salary of teachers for the last three years of high-school (a time where many Georgian pupils do not attend school anymore, because it is considered useless) is 50% higher than the average salary of the country (after 15 years of service). In Switzerland, at the end of their careers teachers earn double the average salary. And this makes a lot of sense. You can only expect to have good pupils and students if you have good teachers (we recommend to have a look at the article “Like Teacher, Like Son” by Eric Livny and Giorgi Tsutskiridze).

Another big question is whether one can directly move to a knowledge-based economy if almost 60% of people are still employed in agriculture. Is it not necessary to first have an industrial and a service stage before a knowledge economy can be created?

The debate is reminiscent to the question whether the Proletarian Revolution could be successful in Russia of 1917, which at that time was largely an agricultural society, rather than in the more industrialized countries of Western Europe. While Stalin demonstrated that, starting with an agricultural economy, one can develop heavy industry and even the nuclear bomb by means of coercion, command economy, and forced labor, it is very unclear whether the intermediate stages can be left out when moving towards a knowledge-based economy. Having a competitive industrial or service sector is extremely useful if one wants to become a knowledge leader in a field, in particular if the university system is dovetailed with private research and development. If a promising discovery is made at an American University, a company to buy the patent and develop a marketable product is nearby. In Georgia, on the other hand, the patent would have to be sold to a foreign company, due to a lack of local firms that could transform it into a sellable product. Then the discovery would generate much less profit for the society as in America.

However, many development economists believe that it is possible to skip certain development stages. This so-called “leapfrogging theory” is supported by some evidence, e.g. countries that moved directly from a situation without any telephones to mobile telephone networks, leaving out the stage of landline telephones.

The recipe for developing a knowledge sector, namely massive upgrading of the education system, is a strategic necessity for any development to take place in Georgia. Therefore, the risk of pursuing a knowledge agenda is limited. And, if we are lucky, some leapfrogging will take place in the Caucasus.