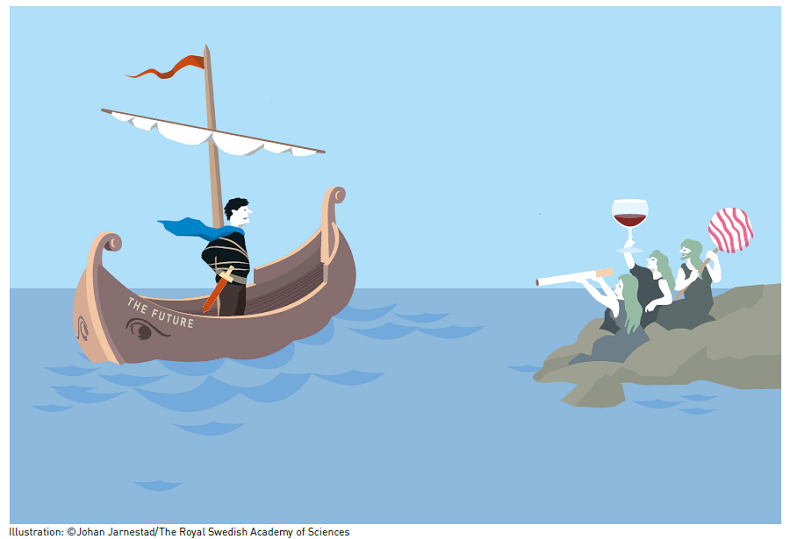 “January is always a good month for behavioral economics: Few things illustrate self-control as vividly as New Year's resolutions. February is even better, though, because it lets us study why so many of those resolutions are broken.” Sendhil Mullainathan, Harvard University.

It is that time of a year when we take time to reflect upon our flaws and weaknesses to find areas where we can make positive changes for the New Year. In our imagination, there is an old self who we will leave behind on the New Year’s Eve, and we will welcome our new 2018 self, healthier, wiser, and most importantly, happier. All it takes is to come up with that magical set of resolutions that will help us achieve all that, though many of us probably will not need to come up with original New Year’s resolutions. We can simply use our list from the last year which has been hanging around under a pile of unused gym wear we bought early this year… Almost certainly (more specifically, an 81%-92% chance according to empirical studies) we have defaulted on our resolutions, but this time it will be different! 2018 self will not need a snooze button, will not stay late in the office, and for sure will happily run on that fancy treadmill. Extreme optimism like this, despite past experience, is relatively common, but nonetheless standard economic models find it hard to explain. 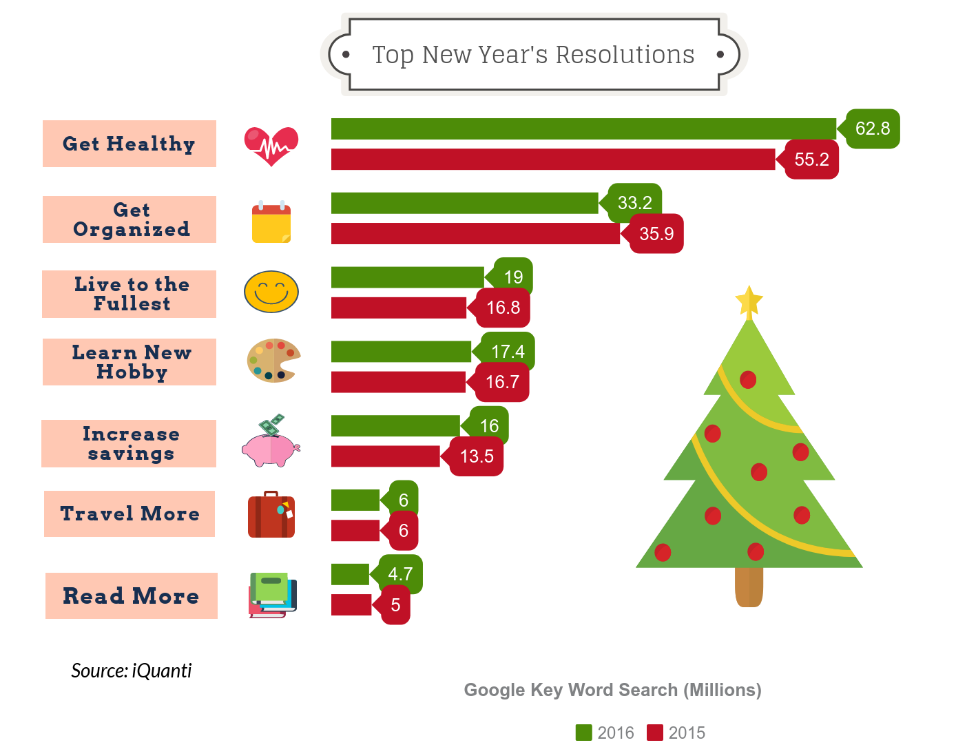 Economics is about understanding the behavior of humans in economic decision-making environments. In order to understand how markets work, we need to make bunch of assumptions that will help us build useful and tractable economic models. Economic agents in these models, having good access to information, can easily and meticulously add up the costs and benefits of their choices, no matter long-term or short-term, make a choice and stick to it, firmly.  Many important contributions to understanding developments around us have been made using this very simplified model of human behavior. However, the discrepancies between theoretical predictions and actual realizations are sometimes both systematic and significant, the New Year resolution default rate being just one example.

In Homer's epic poem, the Odyssey, Odysseus is warned about the Sirens, who seduce sailors with their alluring singing. Odysseus was very interested in hearing what the Sirens sang to him, and so, following the advice of Circe, he ordered all of his sailors to plug their ears with beeswax and tie him to the mast. He instructed his men to leave him clinched securely to the mast, no matter how much he might beg. Odysseus’ solution to his problem is a perfect example of trade-offs we face every day between short-term temptations, such as unhealthy but divinely tasty snacks, shopping sprees, or a mug of beer on a couch, and long-term wellbeing, health, or financial security.

Standard economic theory fails to explain this phenomenon due to the assumption that our choices about our actions in the future are time-consistent. That is, our choices should not depend on when we are asked to make the choice. This is described using discounting – the assumption is that value of benefits or costs are reduced by a constant factor with every passing month or year, and that therefore preferences over two future alternatives will always remain the same no matter when the choice is made.

Asked on his first day of long journey to Ithaca, Odysseus was determined to return back home to reassert his place as a king of Ithaca.  By the time he was passing by the land of Sirens, he should have still been committed to going to home right away. However, as Odysseus’ breakdown demonstrates, it is quite possible to change your preferences, at a later stage, when choosing between the two options. In a similar vein, when asked today to make a choice between spending next Friday evening at the gym or on the couch, we might well choose to go to gym, but come next Friday, it is highly likely we will end on a couch, devouring heavenly German beer. The explanation for this phenomenon is that we care more about the experiences that are close in time, and therefore we discount more rapidly early on. Surrendering to short-term temptations is key reason why our plans to save for the future, or make healthier lifestyle choices, often fail.

Richard Thaler, a Chicago-based behavioral economics and 2017 Nobel Prize Laureate, has, together with his fellow behavioral economists, created alternative models for describing the dilemma caused by the internal tension between a long-sighted self (planner) and a short-sighted (doer) self. The goal of a planning self is to increase long-term happiness, while the doing self is mostly concerned with short-term decisions. The planner, being aware of the doer’s myopic nature, can decide to either reduce his short-term consumption by applying willpower, which carries a psychic cost, or as with Odysseus, the solution to the dilemma may be often about helping the planning by removing short-term courses of action. This dual nature of self has also been adopted in modern psychology and has been supported by recent research in neuroscience - seems like different parts of our brain are responsible for short-term and long-term planning.

Where in our modern life should we seek for Odysseus-style “tying ourselves to the mast” help?

Theoretical and empirical work of behavioral economists, just like Thaler, offer a number of suggestions to help us deal with our short-sighted self. These are in line with the theoretical predictions discussed above. The key to success is pre-commitment, and staying accountable and sane by limiting the extent of willpower we force ourselves to exert.

Here are some tips that can help you get started with your resolutions for 2018:

Order a weekly delivery of food on inebe.ge or any other food delivery service providers that accept orders well in advance of the time you actually get hungry and need to eat. Researchers from Harvard Business School looked at a year's worth of customer orders from an online grocer. They wanted to find out whether a delay between order completion and order delivery would have an effect on which items the customers chose to buy. Indeed, the data showed that customers tended to order a higher percentage of "should" items (like vegetables), and a lower percentage of "want" items (like candy bars), the further in advance they placed an order.

Sign up for an automatic monthly transfer from your bank account into a savings account or pension account. This quick, one-time decision to transfer money will help you keep spending within a budget, while also helping you to save for future financial security. Harvard University Professor Raj Chetty, with his colleagues, provided evidence that automatic pension plan enrollment mechanisms increase total savings, because the plan produces savings without the psychic costs of inducing regular willpower.

Establish your own set of behavioral rules. Negotiating with ourselves and assessing the costs of benefits on a constant basis takes mental resources and willpower to make sure our short-term decisions are always aligned with our long-term goals. Deciding to avoid such negotiations can help you. One way is to eliminate carbohydrates from your diet or cigarettes in their entirety, without any ifs, ands, or buts, rather than go on a calorie-watch or smoke rationing.

Make a bet with your friends, so that every time you are caught eating something unhealthy, you will be punished by specific amount of money. And if you find that it does not help, increase the amount, or make the deal with someone you don’t like that much (maybe, your mother-in-law).

These days there are mobile apps for anything, including one that helps you to sign a binding “Commitment Contract” with yourself. StickK1, co-founded by Yale academics Dean Karlan and Ian Ayres, allows you to set a specific goal, specify some stakes that you would hate to lose, like making donations to an organization that advocates for ideas you strongly oppose. The website also allows for referees, people selected by the user to help monitor the progress of their contract. When a user submits a report to the website, the referee is asked to confirm the accuracy of the report.

Self-control is costly. Exercising constant restraint causes a depletion of brain resources, and we are left with less energy to resist the next one. When choosing between different options to achieve your goals, go with the one that minimizes the amount of self-control, such as choosing exercising over dieting. While exercising regularly requires willpower, unlike dieting, it does not require constant use of self-control. As regular exercise become a habit, it requires lesser mental resources to keep yourself in shape.

One final recommendation is to take advantage of the overwhelming motivation at the start of the New Year, and take actions now that will commit us to making good decisions throughout the 2018. Happy New Year!

1 Their website proudly reads “Congratulations to our friend Professor Richard Thaler for winning the 2017 Nobel Memorial Prize in Economic Sciences. For those who are not aware, stickK is based in part on Thaler's nudge theory and is proud to call Professor Thaler a friend and inspiration.”