Are Georgians Too Impatient?

Mar 10 Posted by Robizon Khubulashvili in Governance and Social Policy 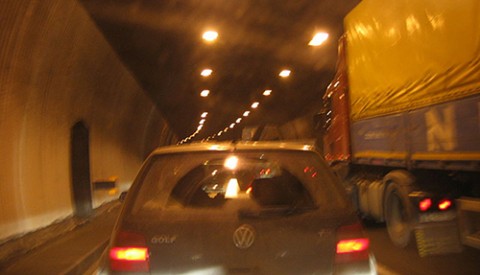 Assume you have lent your brother 1000 laris, and because he is a close family member, you do not charge interest from him. One day you get a phone call from your brother, and he offers you to pay back the debt either today or in one year from now. What would you choose? If you act in line with standard economic theory, you would choose to get the money back today. You are driven by what economists call time preference, a kind of “psychological interest rate” with which you discount future payoffs.

There are a couple of reasons why it makes sense for humans to have time preferences. First of all, if you get your money back today, you can deposit it in a bank and receive interest payments. So, in one year from now, you will have more money than if you give your brother another year of lenience.

But even in a world without banks and investment opportunities, you may prefer to have your money back earlier than later. If you allow your brother to pay back in one year from now, he might have a car accident in the meantime, or, even worse, you might be hit by a car (your brother’s?). Less dramatically, your brother may jeopardize and lose the money in the next 12 months, or you may simply be impatient to have the money back, as you do not want to wait another year for buying, say, a new television set.

As a matter of fact, in many economic circumstances it is beneficial to have low time preferences, i.e. to be patient. For example, accumulating wealth requires high saving rates for a long period of time, implying the postponement of consumption (the absence of such saving rates is a non-negligible problem for the Georgian economy).

Generally, the more patient people are, the more they are willing to invest. Investment, by its very nature, is sacrificing current consumption in exchange for more consumption tomorrow. Specifically, investing in human capital, i.e. obtaining education, entails forgone earning possibilities in hope of realizing higher wages at some later point of time.

Time preference seems to be a basic personality trait that has a strong impact on economic success. This was nicely illustrated in the Stanford Marshmellow Experiment, conducted in the 1960s and 1970s by the psychologist Walter Mischel. Children were given the choice to have one marshmellow now or two marshmallows in some minutes. Among the 600 children who went through the test, just few ate the marshmallow immediately, while many tried to resist but did not succeed (there are funny videos available on Youtube showing children struggling not to eat the marshmellow). About 30% of the children managed to wait long enough to get the second marshmellow. As it turned out, those children who managed to wait were significantly more successful in their later lives: they were perceived to be more reliable and competent, they had higher incomes, and they even performed better in the US university admission test SAT.

But is time preference a personality trait that is related to the culture and the values prevailing in a society? Probably yes. In the cultural dimensions model of the Dutch psychologist Geert Hofstede, a model that was empirically supported by many studies, long-term orientation vs. short-term orientation is one of the aspects in which cultures differ.

You may want to know where Georgia stands in this ranking. Among 45 countries that were surveyed, Georgia achieved… place 44! In Georgia, only 26% of the people responded that they would rather have $3,800 next month than $3,400 now.

Of course, the causality may go in both directions. As one of the theoretical foundations of time preference is the fact that payments are more uncertain the farther they are in the future, it is not surprising that people are less patient in societies that are unstable. In Nigeria the likelihood that an announced payment will really occur is lower than in Denmark. In Nigeria, it is also more likely that the receiver or the party promising the money may not survive payment day, enforcing contracts is more difficult, there are risks of inflation etc. Yet whatever the deeper reasons of high time preferences are, impatience always has detrimental economic effects.

Living in Georgia, it is quite easy to come up with casual observations of shortsighted behavior.

In the marshrutkas that go from Tbilisi to Gori, drivers have started to install additional chairs to increase the number of passengers. This makes traveling pretty unbearable and it dramatically increases the probability of injury and death in case of an accident. While marshrutka drivers could make an extra profit for a short time, people are now searching for alternative ways to go from Tbilisi to Gori. There are now taxis that cost just one lari more than the marshrutkas, and we have observed that the number of marshrutka passengers on that route seems to have declined significantly. Short run vs. long run – the winner is the short run!

Similarly, Georgians think that restaurants and cafes are particularly good when they are newly established. There is even a Georgian saying: “Let’s go there, it is new!” Where does this attitude, which is not to be found in other societies, come from? When a restaurant is in its startup stage, it should attract consumers with excellent service and products. This really works in Georgia, but problems arise once the restaurant succeeded in attracting guests. Soon, the quality goes down, the service becomes lousy, and cost minimization becomes the order of the day (which is not the same as profit maximization). Again, short run defeats long run.

Are the difficulties of Georgian farmers to cooperate also related to time preferences? In Georgian villages, farmers usually rely on informal agreements. One farmer is in charge of growing apples, the other buys those apples and sells them in Russia. They agreed on some price schedule, and at the beginning everything works well. Yet then the farmer in charge of growing the apples finds another buyer who offers a little bit more. If this happens, way too often the informal agreement is dismissed. Stable trade relationships, extremely useful in the long run, are sacrificed for a small extra profit. Short run wins.

And perhaps even the problem of young Georgians studying the “wrong” subjects may have to do with time preferences. One of the commonly heard arguments for studying business administration and management is that “you can start to work from the second year”.

In Georgia, the short run rules.