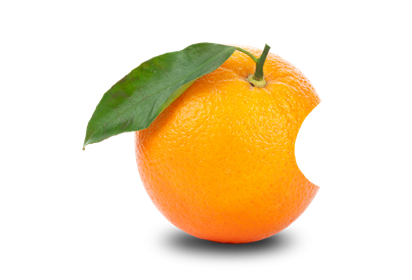 A year ago, in March 2014, I was invited to speak at an Israeli-Georgian innovation forum, organized by the Israeli embassy. For a number of reasons I chose 1977 as the starting point of my presentation. One of these was personal – my family immigrated to Israel from St.Petersburg, Russia, in that year. But, more importantly, Israel of 1977 is in many ways (though not in all) comparable to Georgia of today.

In 1977, Israel was only 29 years old, just a little bit older than independent Georgia. Four years earlier, in October 1973, Israel had barely survived a surprise attack by a coalition of Arab states led by Egypt and Syria – the so-called Yom Kippur War. The war served as a wake up call for most Israelis, ending the post-Six-Day War day dreaming about King David's empire (not to be confused with the empire of David Aghmashenebeli, the Builder!) and the Greater Israel" from the brook of Egypt to the Euphrates" (Genesis 15:18–21).

Georgia has had its own euphoric moments following the Rose Revolution of 2003, the highly successful reintegration of Adjara in May 2004, and David Aghmashenebeli-style rebuilding and modernization of the Georgian state in 2004-2008. By 2012, however, Georgia’s euphoria was long gone due to Saakashvili regime’s excesses of power, as well as the failed attempt to extend the reunification rally and take South Ossetia by force in August 2008.

It took exactly 4 years since these military setbacks for both countries to go through their first democratic transitions. In 1977, Israel saw the right-wing Likud coalition rising to power after 29 years of an effective one party rule by MAPAI, marred by a string of favoritism and corruption scandals. The same feat was accomplished by the Georgian Dream coalition in 2012.

FROM GROWING ORANGES TO INNOVATION

Economically, Israel of 1977 could be safely assigned to the “emerging markets” basket.

With GDP per capita of about 11,000 USD in late 1970s, Israel was certainly far behind “developed” nations in Western Europe, East Asia and North America.

Within less than 20 years, Israel went from growing oranges to becoming one of the most technologically advanced countries in the world. The natural smarts, hutzpah and entrepreneurial drive were channeled into innovation with the arrival of computers and the Internet. The new liberal policy framework and privatization unleashed competitive forces. No longer protected, firms were forced to innovate. Innovation was supported by academic institutions, the state and venture capitalists, many of whom were Israelis living and working in the US. The military provided “convertible” technical skills and networking – whole army-trained teams went on to establish startup companies. Brain circulation furnished the talent; mass emigration from the USSR – the well-trained and disciplined workforce.

Exits by Israeli Startups in 2013

$1.2bln raised through IPOs and $6.3bln through acquisitions, including:

LUCKY, TALENTED, AND NOT LAZY!

Israel’s transformation is very well explained in a global bestseller “Start-up Nation: The Story of Israel's Economic Miracle” by Dan Senor and Saul Singer. Rather unfortunately, the Russian language version of the book (which I received as a gift from Israel’s #1 ambassador in the world, Yuval Fuchs) carries a rather misleading title: “A Nation of Smart People” (Нация умных людей).

The Russian title is misleading because in 1977 Israel’s supposedly smart people were engaged in arguing with each other, fighting their neighbors and growing oranges. More than 50% of the GDP was produced by inefficient state enterprises behind a high protectionist wall. Following half-hearted attempts at liberalization in late 1970s and early 1980s, the Israeli economy went into a spiral of strikes and nearly collapsed under the yoke of a 3-digit hyperinflation. Thus, Israel’s emergence, in 1990s, as a global innovation powerhouse owes as much to innate talent as it does to improved institutions and a lot of luck.

Georgia of today is not all that different from Israel of 1977. It has the creative talent and a powerful diaspora on which to rely for funding and international networking. Even though its own workforce needs further development, until very recently Georgia has been enjoying one of the most liberal policy regimes, exceptional on a global scale for its welcoming of “foreign guests” (“stumari”, as any foreigner is referred to in Georgia) – programmers, engineers and managers, corporate lawyers, teachers, and expert farmers. Georgia’s location on the crossroads of global trade and transportation routes is far superior to that of Israel; it has plentiful water and energy resources in its immediate environment. And last but not least, in the past 10 years, Georgia has already demonstrated its capacity for leapfrogging whole stages in economic, social and political development.

What Georgia should learn from Israel’s experience is that the “smarts” factor alone is not sufficient for sustained economic growth. First, faced with bad laws and institutions, smart and entrepreneurial people will simply go elsewhere, as they have done throughout history. Second, Georgia’s loving mothers and educators should do something to teach Georgian boys that being “talented but lazy” (ნიჭიერი, მაგრამ ზარმაცი) is not an “ok” social norm. For now, too many talented sons of the Georgian nation are spending their entire time playing backgammon, gambling, and criticizing the government, letting their mothers and wives to worry about the rest.