Holiday Gifts Are Extremely Inefficient, So Why Do We Bother? 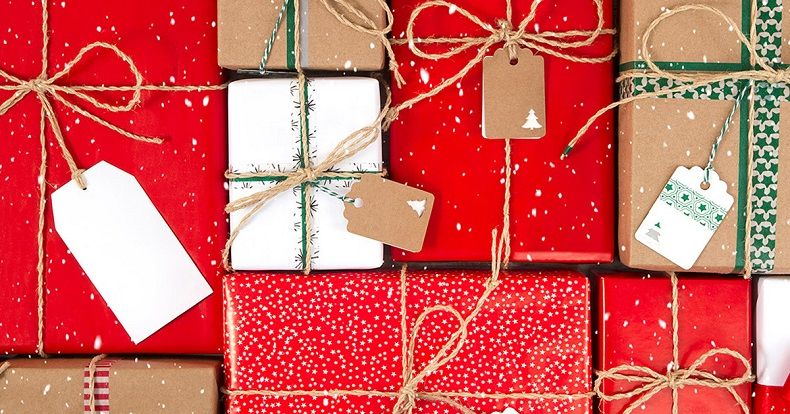 Today and tomorrow over a third of the world’s population (around 2 billion people) will be celebrating Christmas1. Traditionally, the holiday season will inevitably feature an exchange of gifts. The sums spent on Christmas gift-giving are huge! For example, in 2018 the expected spending on Christmas gifts in the United States is around 885 USD per person2 - this is about 2.8% of what someone in the middle of income distribution earns per year. If we work backwards from these figures and assume that a similar share of an average family’s income is devoted to New Year’s gifts in Georgia, the average spending on presents should be around 372 GEL per family.

Economists have long been pointing out that a holiday gift-giving tradition is extremely inefficient (yes, we are a profession of scrooges…). Think about it: how often, as a child, and even as an adult, did you have to roll your eyes at the (non-cash) gifts your grandmother, or uncle, or a distant relative gave you for the holidays? Think of all the toys you never played with, all the sweaters you never wore, those sets of lotions, soaps or perfume you couldn’t find the use for. One consolation is that economists agree with you fully: Christmas presents generate enormous amount of the so-called deadweight loss – the loss in value which simply vanishes as a result of gift-giving, and thus is enjoyed neither by the giver nor by the receiver of the gift.

To illustrate this idea, a study published in the American Economic Review back in 19933 analyzed the data from surveys where the respondents were asked to provide detailed information on Christmas gifts they received (information about the age difference and the relationship with the gift-giver was also recorded). The respondents were asked to estimate how much the gift-giver had paid for a particular non-cash gift, and how much they themselves would be willing to pay for a similar item. The gap between the estimated amount paid and the maximum amount the gift-receiver was willing to pay for the same item was around 30 percent4. Nearly a third of the gift’s value was a deadweight loss! Not surprisingly, the deadweight loss rises with the age gap between the giver and the receiver. It also rises with the distance of the relationship. For example, it was found that gifts from siblings, spouses and significant others generate the least amount of deadweight loss, while those from grandparents, uncles, aunts and distant family members generate the most. An interesting finding was that if we account for the age difference, gifts from parents were among the most efficient, even more efficient than spouses’ gifts. I suppose this can be taken as a proof that “Mom knows best.”

If gifts are so extremely inefficient, then why do we bother with them at all? Why not just give cash instead? The truth is, cash or cash-equivalent gifts are still relatively rare. Only 10-15% of gifts offered during the holiday season are in the form of cash5.

One may argue that it is “the thought the counts.” After all, we appreciate not just the gift but the amount of time and thought that was put in choosing a non-cash gift. But this explanation is not satisfactory. One could eliminate the deadweight loss by simply telling the recipient how much time we spent looking for a perfect gift, and what we would have bought for him/her, and then give the cash anyway6… Sounds like a clever, but most unlikely scenario, indeed.

The interesting question is why, despite being aware of the deadweight loss generated by non-cash gifts, do we keep giving them anyway, and why aren’t cash gifts widely accepted? While there are many possible explanations, the one that seems more relevant to the situation described here is that gifts reveal something about the gift-giver’s perception of the age gap, and/or the perception of the social distance between the two parties. This is why you may be perfectly ok accepting cash from your grandma, but not from a close friend. If your grandma gives you cash for Christmas, you would know she really means to say “honey, I am too old to choose a perfect gift, so you better get something you really like”. On the other hand, if a close friend gave you cash, their gesture would be interpreted as saying, “the two of us are not close enough for me to be confident what you would really like, and I will not take the risk of choosing a non-cash gift for you.” So, non-cash gifts from friends or relatives may reveal how they feel about the relationship, and this is what makes them valuable in our eyes.

During this holiday season, let’s think about the reasons we give and receive gifts. When faced with the choice of whether to be efficient or to be open, warm and kind, I think even economists would often choose the latter.

1 In Georgia, Ukraine and some other countries Christmas is celebrated on the 7th of January according to the Julian calendar. Traditionally gifts are exchanged on the New Year’s Day rather than on Christmas day, but the holiday traditions of gift-giving are similar to those of Western countries.
2 Data from Gallup poll  https://news.gallup.com/poll/244028/americans-mood-spend-holiday-season.aspx?utm_source=alert&utm_medium=email&utm_content=morelink&utm_campaign=syndication
3 Waldfogel, Joel, The Deadweight Loss of Christmas, American Economic Review, Volume 83, Issue 5 (Dec., 1993), 1328-1336.
4 In a slightly different worded version of the survey the respondents asked for the minimum amount they would be willing to accept in lieu of the gift, and in this case the gap was lower, just 10%.
5 Prendergast, Canice and Lars Stole, The non-monetary nature of gifts, European Economic Review 45 (2001), 1793-1810.
5 Ibid.